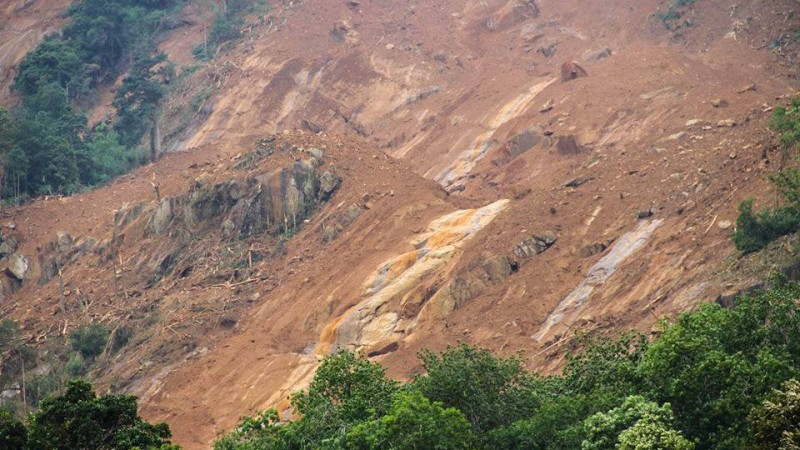 On Tuesday, May 17, three villages in a hill in Kegalle District, about 72 kilometers (45 miles) north of Colombo, Sri Lanka, were hit by massive landslides, with hundreds of families reported missing. Rescuers have recovered 17 bodies from the mud and debris, bringing the death toll to more than 40 by Wednesday. The Sri Lankan Red Cross said that more families were unaccounted for.

Heavy rains and storms have been creating havoc in central Sri Lanka. May is usually the rainiest month in the South Asian country, with an average of around 382 millimeters. This past Sunday, however, saw around 305 millimeters of rain alone. A tropical depression is aggravating the situation. Recent floods have displaced around 100,000 families.

Blogger Indi Samarajiva explained in a post on Yamu why there has been rain in Sri Lanka incessantly:

Why is it raining so much? This is the Yala Intermonsoon. Honestly, we should just call it the monsoon but the term is more defined by when the rains hit India. Sri Lanka gets it in between.

The blogger also informed that forecasts predict the rainfall will decrease over the coming weekend.

Need your support to save these flood victims.Recent video from Kolonnawa,Wellampitiya, #Srilanka @SriLanka #lka pic.twitter.com/hZqSgMkSGK

There are many user-generated videos of the floods uploaded to different social media platforms. Here is a video published on YouTube by Trufriend:

Some expressed frustration at the lack of attention the issue was getting in worldwide media:

While others were in awe of how quickly the situation can change:

What a difference a day makes, from a flood selfie to mass burial of 100's in a landslide #SriLanka #lka pic.twitter.com/e3rLK0NM8Z

Many Facebook users across the world were surprised to learn about the Sri Lankan floods after they were notified of their friends or acquaintances marking themselves safe using the newly activated Facebook Safety Check feature: 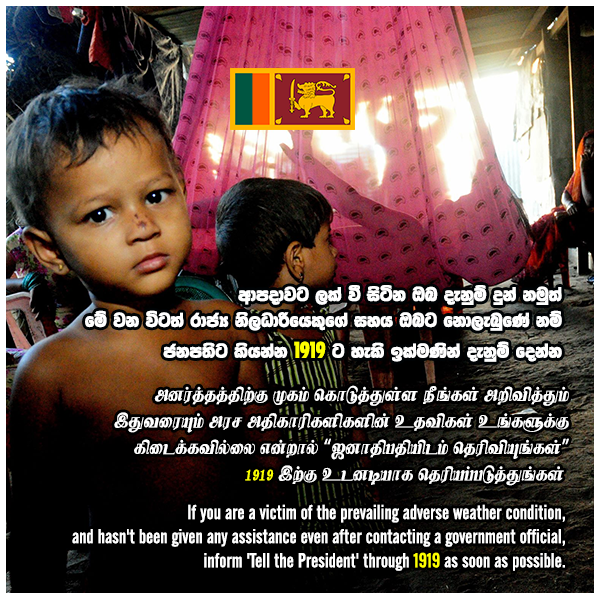 Maithripala Sirisena, the president of Sri Lanka, who has close to a million Facebook follower, urged those who need help to report their situation to authorities by phoning the Government Information Center:

If you are a victim of the prevailing adverse weather condition, and hasn't been given any assistance even after contacting a government official, inform ‘Tell the President’ through 1919 as soon as possible.