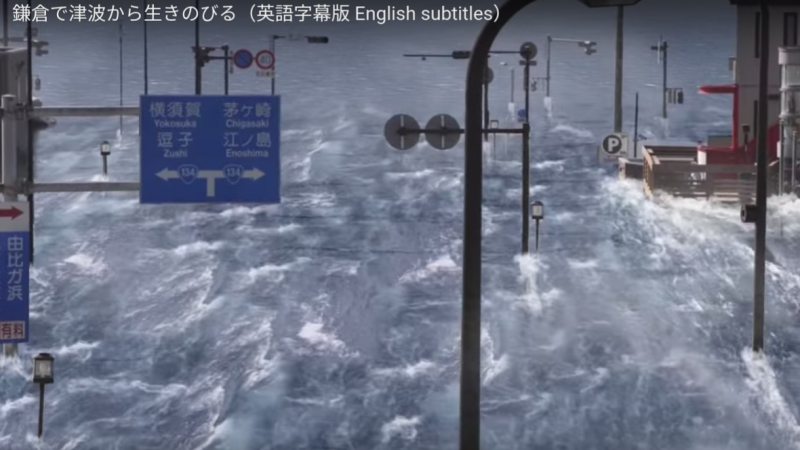 The Japanese city of Kamakura has created a tsunami simulation to help its residents understand the danger they face and be able to plan an escape route that leads to safety.

Kamakura is small city on the Pacific Ocean located less than an hour by train from downtown Tokyo. The city crowds along the coast of a curved bay, just above sea level, and there is little to no protection from a tsunami should one occur.

The Nankai megathrust fault, which lies to the southwest of Kamukura, is also predicted to experience a massive earthquake at any time.

Any such earthquake would generate a massive tsunami that would inundate and destroy Kamakura. In 1703, the epicenter of the powerful Genroku earthquake, which occurred just to the east of Kamakura, created massive tsunami waves that destroyed Kamakura and other parts of Japan's Pacific seaboard.

The detailed simulation released by the city warns that tsunamis can travel at 36 kilometers per hour as they approach land:

It will be impossible to flee from an oncoming tsunami on foot. We are utterly powerless against the devastating might of a tsunami. The only option is to evacuate before a tsunami arrives.

It also identifies bottlenecks and escape routes in different parts of the city. The full video with English subtitles can be viewed here: