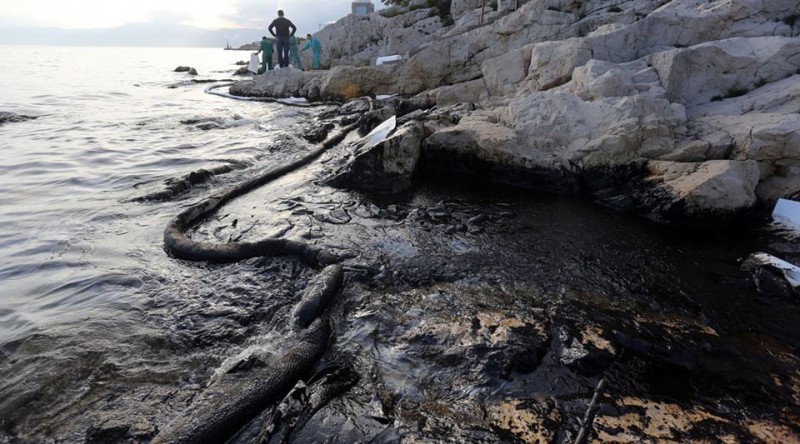 An equipment malfunction at an oil refinery caused an oil spill in the Adriatic Sea off the coast in Croatia last week, wreaking havoc on the local environment and creating panic among locals.

On the afternoon of May 12, in Kostrena near the coastal Croatian city of Rijeka in an area known as Urinj, parts of the Adriatic Sea and its coastline turned black after a pipeline from the local oil refinery, INA, began leaking oil, causing an ecological disaster.

Locals took photos and reported the incident to the authorities, who assembled teams to try and repair the damages. Due to inclimate weather and the sheer size of the spill, however, even initial cleanup operations are expected to continue into next week.

In the meantime, the oil refinery released an official statement apologizing for the spill and promising to repair the damage within 24 hours (a time period that passed long ago).

According to Eko Kvarner, a local environmentalist group, the equipment at the oil refinery is old and not maintained properly, which is why, they say, it malfunctions frequently, endangering the health and safety of the environment and people living in the area. 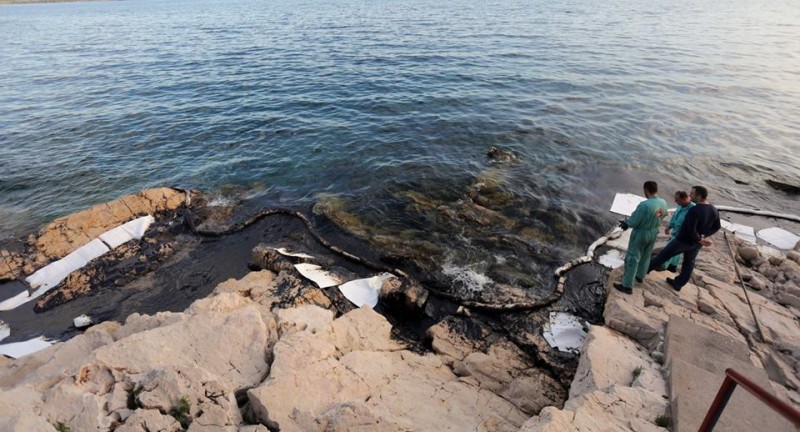 The spill occurred in an area when environmentalists were already campaigning against plans to develop further oil exploration in the Adriatic Sea.

At COP21 in Paris last December, just three days after world leaders signed the Paris Agreement and pledged to cut greenhouse-gas emissions by 30 percent before 2025, Montenegro announced plans for oil exploration off the coast of Ulcinj, in the Adriatic Sea. The former Croatian government abandoned plans for oil and gas exploration on the entire Adriatic Sea, including even the coast offshore Dubrovnik, national and nature marine parks, after facing serious pressure from the public and both Croatian and Italian NGOs. But the question of allowing oil drilling in the country still remains open, given that plans included 29 exploration blocks across the Adriatic for 30 years of offshore exploration and production of hydrocarbons (concerning both oil and gas).

Global Voices asked Vladimir Bajzec from the nonprofit civic initiative NAŠ Jadran, which opposes the plans of new exploration and exploitation of oil and gas in the Adriatic, if he thinks the Balkans have the capability and means to deal with the oil spill on their own:

Of course our local governments neither have the capability to deal with the big incident, nor are they really interested to deal it for real. They only care for their own (part of the corporate) profit interests. The way of promotion any new oil projects is the same as everywhere in the rest of the world, especially in crisis hit economies – so-called ‘the highest environment and nature protection standards’, according to ‘the world’s best praxis’, promising the economic growth and welfare to incompletely or falsely informed citizens.

The Adriatic Sea is identified as a hotspot of great ecological importance, with its high concentrations of endangered, threatened, and vulnerable species, Bajzec explained:

Just the Croatian part of the Adriatic Sea is home to more than 7,000 wildlife species, many of which are protected by Croatian and international laws of nature protection, while some are even on the edge of extinction. The Adriatic Sea is comparatively small, shallow, and also semi-enclosed, which makes the risk of permanent pollution by oil and gas drilling activities disaster and wildlife extinction even more serious.

Tourism is also the main source of income for local population in these Balkan cities by the Adriatic Sea, and locals fear losing their livelihood if the sea and coast become polluted with oil.

Fears like these are far from unreasonable. Halfway across the world, Shell’s offshore Brutus platform only recently leaked 2,100 barrels of oil into the Gulf of Mexico, endangering an already fragile ecosystem.

With the world facing record high temperatures this spring and extreme weather conditions that are leaving thousands of people without homes or water, the significance of climate change is only rising. In an effort to promote lower reliance on fossil fuels, thousands of people around the world have joined the Break Free campaign, urging nations to move away from fossil fuels in favor of renewable energy.

Both Montenegro and Croatia are countries with an abundance of sunny days and a high potential for solar and wind energy. With these natural assets, the region faces certain disadvantages, if it remains dependent on fossil fuels. In December 2015, for example, Germanwatch gave the Balkan states a high-risk climate index (mainly because of the floods and severe weather that swept the area in the past couple of years). Demonstrators worry that the greatest risk to the region is inaction, when it comes to these major environmental issues.