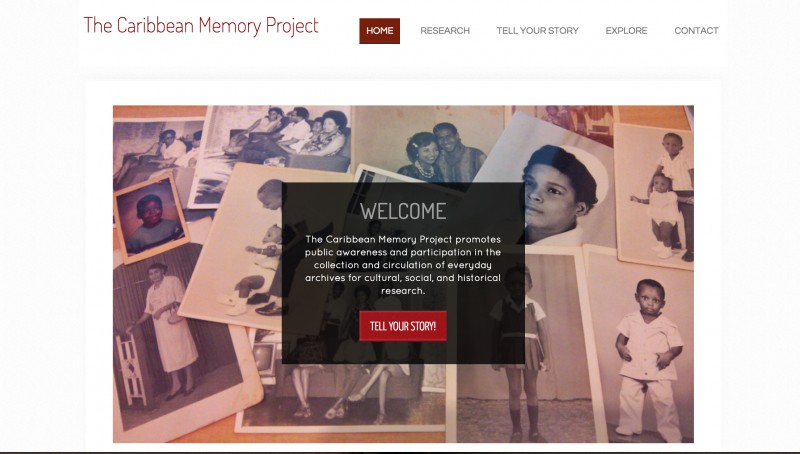 A screen grab of the Caribbean Memory Project's homepage.

So you missed out on all those talks with your grandparents about what the good old days were like — or perhaps you're curious about your family's past and how you ended up in the Caribbean. Either way, it's now possible to live vicariously through the stories of West Indian families (maybe even your own!) via the Caribbean's first crowdsourced cultural heritage research platform, the Caribbean Memory Project (CMP).

Launched in 2014, this innovative initiative allows people to archive cultural, social and historical memories and is founded on the belief that it's important for West Indians to be the storytellers of their own history. The sole purpose of the CMP is to serve as the missing link that Caribbean people need — a public database to collect and document family text and photo archives as well as lost and found materials, in order to showcase the lives and experiences of their ancestors. This digital tool can be used to spark inter-generational conversations and helps ensure that contemporary Caribbean communities understand where they came from. 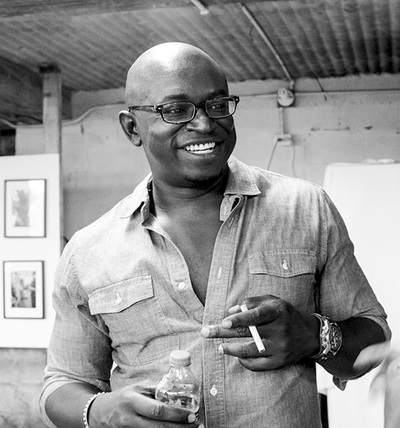 Kevin Browne, one of the founders of the Caribbean Memory Project. Photo by Joanna de Silva, used with permission.

Global Voices (GV): Tell us about the Caribbean Memory Project — why did you think it was a necessary initiative for the region?

Caribbean Memory Project (CMP): The Caribbean Memory Project is an undertaking in practical citizenship, archiving, community education, and digital humanities. It's the Caribbean’s first formal, crowd-sourced cultural heritage research platform. Its initial incarnation was ‘Found(ations): The Vernacular Digital Archiving Project,’ was an academic inquiry designed to activate and engage the memory of cultural heritage among a mixed audience and to aid in counteracting the effects of erasure and forgetting occurring in a growing number of contemporary Caribbean communities. We're motivated by enduring questions of citizenship and its related responsibilities—to a family, a community, a country—which are central to the conceptualization and sustainable enactment of Caribbean identity. CMP functions as a public repository for texts—family archives, collections, found/discarded materials, and public databases—that begins to illustrate the range of documentary activity produced by (and about) Caribbean people and their descendants. Participants and the general public have direct and open access to this heritage database that may be used for reflection, education, and research into the social histories of indigenous, native, and naturalized communities by local, regional, and transnational parties.

GV: What kind of online response has the Caribbean Memory project got since going public?

CMP: We think the response has been very positive. A lot of people seem to recognize the importance of archiving — as part of our traditions and remembrances, no doubt, but also as a practice in self-discovery. We've been pleased with that, so far. A positive online response is useful, in a way, but it isn't always the most encouraging indicator of our progress, so we try to be careful not to place unrealistic demands on our audience. Attentions can wane, but the importance of the work will persist.

GV: How has the use of social media helped to spread awareness of the project?

CMP: It's been integral to our work online, but we're looking into ways to improve our reach in multiple environments.

GV: How often do you get submissions, and where do people most often come across the archiving project?

CMP: We get submissions through personal contacts, recommendations from heritage organizations, as well as through our social media platforms. The frequency of these submissions varies, and several are works in progress, meaning that they require multiple visits and conversations with the people being featured to be considered complete. 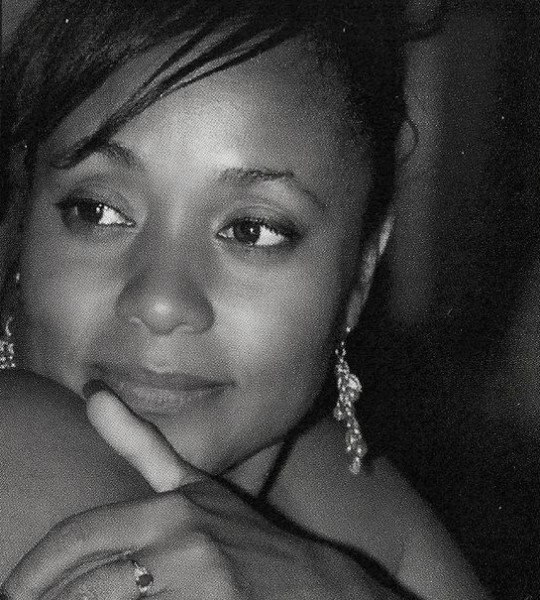 GV: Have any of the stories surprised you? What’s your favorite one?

CMP: We try to concern ourselves with understanding what Caribbean people can do with our heritage, and the knowledge, texts, locations, and other tangible objects we produce as a consequence of belonging. We're often surprised by things we hear and what we discover. Each is unique in its own way, while reinforcing the idea that we come from a very complex place, and that the histories we possess are even more complex. We celebrate when we make additions, but we also grieve a bit because we're constantly reminded how fragile we are. We–Caribbean people–are very fragile keepers of our history. We throw things away, and much of what we know of ourselves often go with them. Part of the problem is that we've been taught to evaluate things about ourselves and others in terms of what we like most, or would most prefer. That leads to a lot of erasure. Secrets are left to fester. Hard lessons become taboo subjects. Violence is romanticized. Traumas are forgotten.

GV: What plans do you have for the future?

CMP: That's an interesting question for a project located in memory work. So much of what we do is geared toward raising people's awareness of the importance of memory in how they come to understand themselves and each other. The future will include more of that. We hope to get some more help doing it, which will enable us to do more. Since launching CMP in 2014, we have identified, acquired, processed, and interacted with various archives. We've also devised a comprehensive long-term strategy in education, entrepreneurship, and social engagement for addressing the possibilities, implications, and material effects of heritage and citizenship.

GV: Are you happy with the Caribbean Memory Project’s success?

CMP: We're not sure we'd call what we've achieved a success. It's interesting and has a lot of potential, a lot of room for growth. This is how it is. Works in progress really shouldn't be framed in such terms. Do we think we're doing good work? Yes. Do we think our work is done? Absolutely not. Will it be done? We don't think so. As long as there's a Caribbean, there'll be work to do. It's not a question of success, but rather one of gaining a better sense of who we and our people are–and finding effective ways to encourage more useful engagements. We — all of us — still have a great deal more to learn.