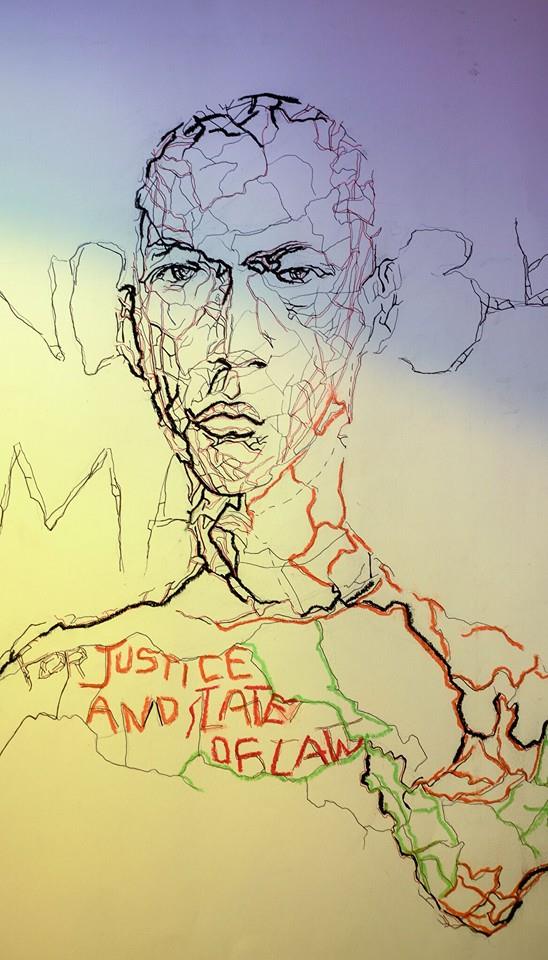 One of the artworks shared of the project's Facebook page.

Enfants du pays (Children of the Country) is a project by a team of Burundians to document and share the individual stories of people killed during the ongoing crisis in order to keep their memory “alive”.

In April 2015, protests against the president running for another term were repressed, sparking politicized violence which then escalated, seeing armed rebellions, mass arrests, refugee flight, and assassinations.

Many Burundians, across political allegiances, have been caught in the confrontation. Sometimes, though, coverage of events seeking to explain the wider picture does not quite capture the individual tales of loss and struggle.

The Enfants du pays website lists some of the victims, with emotional testimonies from family and friends. They report on, for example, Charlotte Umugwaneza, an anti-corruption activist and Movement for Solidary and Democracy party member who was found shot dead in October 2015 after being arrested by National Intelligence Service agents, leaving behind her husband and children.

Or Jean Népomucène Komezamahoro, a teenager shot dead by police after he found himself in the middle of the very first day of protests, leaving his stunned family in mourning.

The insecurity has made collecting information difficult, and the Enfants du pays organizers have left Burundi since the project began last year due to threats of violence.

This space is to tell the story of the victims of Pierre Nkurunziza’s 3rd term, the stories of the people, “enfants du pays”, their hopes, dreams, challenges, shortcomings, and their premature and unjust deaths. We aim to tell their individual stories, to humanize their struggle, to return their dignity….to recognize their contribution to the nation and to not let their lives be lost in vain or be left anonymous.

The Observers, a participatory journalism site hosted by France 24 news channel, spoke with the project's authors, who described their decision in mid-2015 to take action to express their anger at the deteriorating violence in their country:

There’s been so much bloodshed that many people here think that non-violent actions are pointless. But we remain determined. Even though this project is draining, it means a lot to see how important it is for the families. Most of them are so happy that someone wants to know about their loved one.

The project also aims to work with the Burundian diaspora and hold art exhibitions in cities around the world to raise awareness of the human cost of the crisis, with artwork relating to the victims and experiences of the political insecurity, for which they have sought crowdfunding. They recently held such an exhibition in New York, and images were shared on their Facebook page.

The painting in the tweet above shows Pierre-Claver Mbonimpa, a prominent human rights activist who was shot in an assassination attempt in late 2015, and then went to Belgium for treatment. He has also lost members of his family to violent attacks.

During this crisis, independent press has been heavily restricted, but throughout journalists, rights activists, and citizens have innovatively used media to report and document events, including radio and underground social media reporting from exile.

Similarly, Enfants du pays uses media to create a widely accessible connection with the memories of those killed by the violent political crisis, and the trauma of loss to those remaining. This helps to nuance simplified narratives of confrontation with human faces. Their efforts have received enthusiastic online messages of support. As Twitter user @kagapina said: