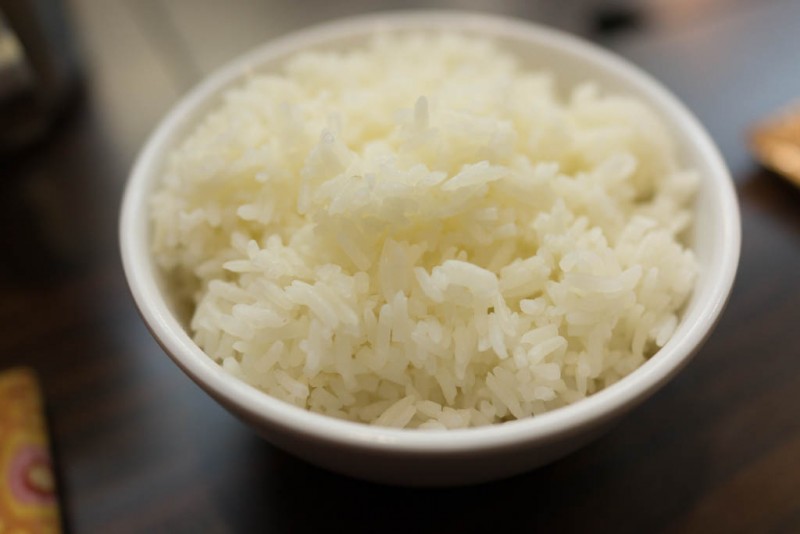 A bowl of white rice in a restaurant in Singapore. Photo by Charles Haynes. Source: Flickr, CC License

Singapore’s Health Promotion Board (HPB) is urging people to eat healthier varieties of rice because it claims white rice could be worse than sugary drinks as a potential cause of diabetes.

Rice, a staple food in the country and most parts of Asia, accounts for one-third of Singaporeans’ average calorie intake, while sugary canned drinks make up a mere 3.5 percent.

The newspaper the Straits Times reported [2] on the HPB report on May 6, featuring an infographic showing that a bowl of rice has twice the carbohydrate content of a soft drink.

This piece of news generated an intense online discussion, with many criticizing the board for waging a campaign against rice instead of focusing on sugar, unhealthy drinks, and other processed foods. Many also added that it’s misleading to blame rice for causing diabetes, reminding [3] the HPB that Singaporeans and majority of Asians have been eating rice for thousands of years.

Rice and other grains have been eaten by humans as their main food for over 10,000 years.

It was only after the Industrial Revolution less than 300 years ago that sugar became more affordable and entered the mainstream diet. And only in the last 50 years or so that sugar consumption rose sharply.

To say that rice is worse than sugar is simply ludicrous.

Now that there is news or talk that rice is bad for you, many people will just go to the extreme and stop eating rice. Then when their health goes awry, they blame everything but their hysteria, ignorance and inability to think or research for themselves.

Don’t even start considering such silly ideas like substituting soft drinks for rice, despite what a newspaper infographic may imply. You will just get fatter and dead faster than you’ve ever feared.

Reacting to the online debate about rice versus sugar, the HPB clarified [6] that it’s not asking people to stop eating rice or that rice alone is the cause of diabetes. It said it merely advised the public that eating less white rice reduces the risk of diabetes. The HPB also recommended [7] consuming brown rice as a healthier alternative. But some commented [8] on social media that brown rice is more expensive, which could discourage poorer households from buying it.