A Group of Anti-Corruption Activists Was Attacked Today in Russia. Wanna Buy Some Plane Tickets?

Artem Torchinsky, a reporter and the Anti-Corruption Foundation's project coordinator, lies injured on the ground outside the Anapa airport. Image: YouTube. Edited by Kevin Rothrock.

There is some confusion about who threw the first punch outside an airport today in Anapa, but at least one man—a journalist and an anti-corruption activist working with Alexey Navalny—ended up hospitalized, after receiving a blow to the head. News of a Cossack group’s attack on Navalny and his entourage is the leading news story across much of Russian social media today, and the travel company Aviasales decided to capitalize on the story, incorporating it into posts on Facebook, Twitter, and Vkontakte.

“They say Cossacks are waiting to greet arriving guests at the Anapa airport. You can find plane tickets starting at 999 rubles [$15] right here,” the travel company wrote, attaching an image of stern-looking Cossacks, with a caption reading “Velcome!”

The social media stunt did not go over well with many Internet users, provoking a torrent of negative comments and a fairly immediate effort to boycott Aviasales altogether. For example, Echo of Moscow’s Lev Parkhomenko threatened to criticize the company in every one of his radio broadcasts, prompting Aviasales’ founder, Konstantin Kalinov, to mock Parkhomenko’s “hysterics.” Parkhomenko then called on the public to complain to Aviasales’ partners, saying he expected other businesses to break ties with the travel company, in order to protect their reputations. 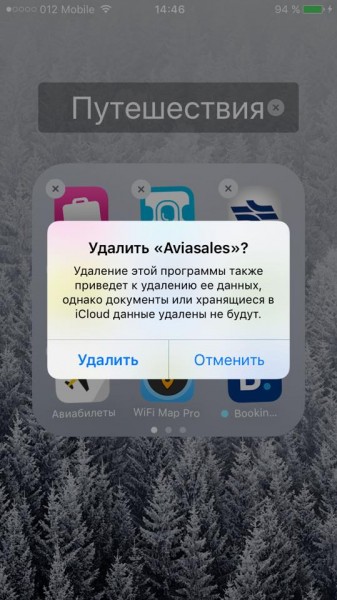 In the comments on Aviasales’ Facebook post, others started uploading screenshots, showing them deleting the Aviasales mobile app from their phones.

On Twitter, a public-shame campaign is also underway. One Twitter user wondered if Aviasales would have made such a joke following the beheading of a child, referring to Gyulchekhra Bobokulova’s murder of a four-year-old girl in Moscow, earlier this year.

Next time, are you going to offer 999-ruble tickets to Moscow, to come look at a kid’s decapitated head?

Aviasales has a habit of incorporating current events into “edgy” social media promotions. But some of the travel company’s fans say they went overboard with the mockery of the attack today on Navalny’s group. Arseny Bobrovsky, the author of the popular parody account “KermlinRussia,” said he’d had enough:

Guys, you’ve always had some of the coolest social media marketing—so good that I’ve been happy to share it freely. But now it’s too much. :-(

The travel company still has supporters, however, and they’ve accused those behind today’s backlash of applying a double standard, saying that Aviasales has mocked authority figures in the past, without any complaints from the liberal intelligentsia.

In late April, the company made fun of Deputy Prime Minister Dmitry Rogozin, following President Putin’s reprimand after the inaugural launch of an unmanned space rocket from the Vostochny cosmodrome was postponed. In February, Aviasales mocked Dmitry Peskov, when a photograph appeared online showing him waiting at a carwash, dressed in affluent loungewear.