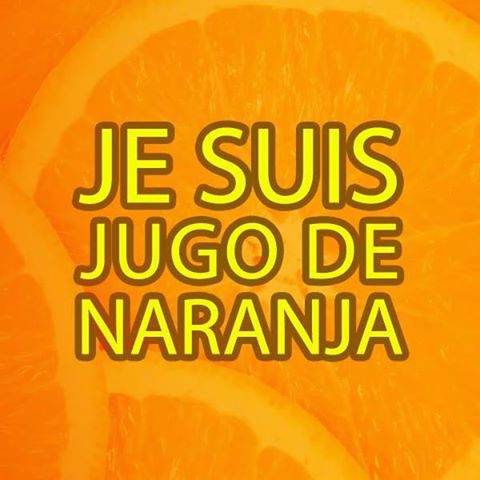 In Quito, the capital of Ecuador, it's not uncommon to see people selling fresh-pressed orange juice from informal stands set up on the street. Recently, they've even come to have their own hashtags in Quito's Twittersphere.

Why? On 4 May the city's health ministry released the results of an analysis of 35 samples of informal orange juice sales from around Quito. Their report found that “32% of these samples did not meet the standards for human consumption”.

The analysis showed the existence of enterobacteriaceae or other harmful microorganisms, and the ministry recommended that people avoid consuming the juice or assure that the vendor has taken the adequate sanitary measures before doing so.

Twitter users in Quito reacted to the news with humour. Some linked the news to Ecuador's other problems, boasted of their own robust health or simply declared their love of orange juice.

Buy orange juice from the young guy on the corner and then medicine at the neighbourhood pharmacy, reactivate the economy, everyone's happy.

They try to tell me a little orange juice will do me harm.

Tweet: I'm not falling for that story, orange juice rocks!

I drank switch when I was 16, drinking street orange juice will make me immortal #OrangeJuice

If I survived 21st century socialism, street orange juice is an amoeba…

Tweet: An orange juice after a game of football is the best and if it's nice and cold even better

The hashtag #ISupportYouOrangeJuiceVendor was also used to post memes and various opinions on the issue. Some took aim at El Comercio, a newspaper that relayed the news of the health ministry's analysis:

Facebook post: It's up to all of us who live in Quito to decide if we pay attention to the tabloid media or not; just as it's up to informal vendors to adapt their small businesses to healthy conditions that are actually more appealing (the only option). In my case I drank an orange juice and nothing happened. In the middle of an economic recession and a national disaster there are those who wish to attack these enterprises without first complimenting them and even giving them ideas for improvement. Remember that when we buy orange juice we support families from Quito, families from the coast who plant and harvest the oranges, not to mention how good it is to substitute processed products with a natural one.

Tweet: You can witness its preparation yourself; the vendor prepares it right there #ISupportYouOranjeJuiceVendor

I'm joining the campaign to defend #OrangeJuice in Ecuador!

News channel PublimetroTV talked to Quito residents about the issue, and most of those interviewed agreed that the hygiene conditions at orange juice stands are not the best. It should be mentioned, however, that they also confessed to never having tried orange juice purchased from a street vendor.