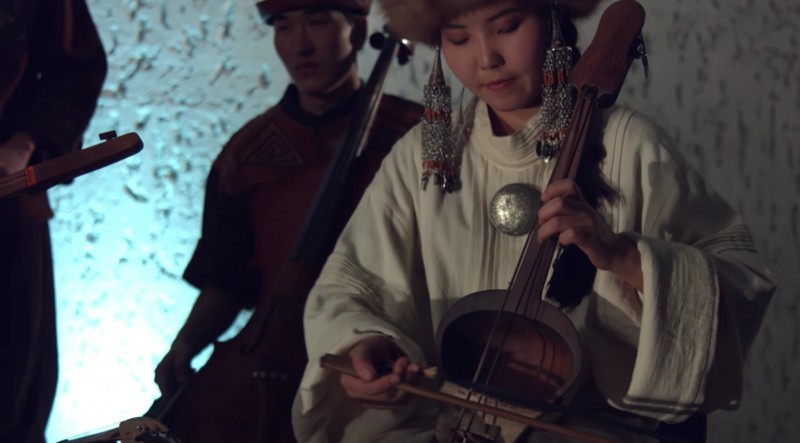 Games of Thrones and Kyrgyzstan share a lot in common — poetic landscapes, fantastic costumes and a tradition of political turbulence predicated on a divide between northern and southern powerbrokers.

Now Kyrgyz musicians from the Folklore-Ethnographic troupe Ordo Sakhna have delivered the viral show's opening music as never heard before, in a performance arranged by local media outlet Zanoza.kg and the country office of Washington-based media development donor Internews.

Independence saw a revived interest in the Central Asian country's traditional instruments, none more so than the komuz, which is a regular fixture in Kyrgyz households and a favourite at national concerts marking important occasions. 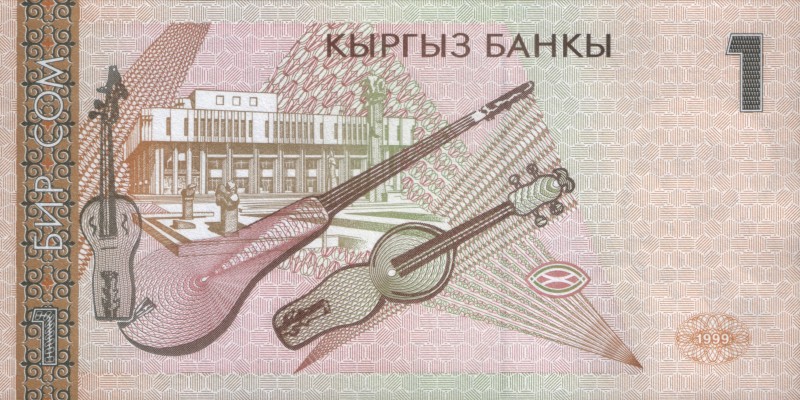 Kyrgyz musical instruments featuring on the one som note that has since been withdrawn from circulation.

But even during Soviet times, the national affection for the instrument was well-known, as demonstrated in the following passage from legendary Kyrgyz author Chingiz Aitmatov's book the Girl in the Red Scarf:

Over the radio came a tune I knew, played on the komuz. It was a Kyrgyz song which always made me think of a lonely horseman riding through the twilit steppe. He has a long journey before him, the steppe is vast, he can think at leisure and softly sing a song, sing on what is in his heart. A man has many things to think over when he is alone, when the only sound in the stillness about him is the rhythmic thud of his horse’s hoofs. The strings of the komuz rang gently, like water rippling over smooth, clean stones . The komuz sang of the sun setting behind the hills, of the cool blueness sweeping stealthily over the ground, and of the wormwood and yellow feather grass stirring and swaying, shedding their pollen on the sun-baked road. The steppe would listen to the rider and sing with him…