Before and after of multiple landslides on Mount Aso, Japan. Images from Google Earth blog.

The Google Earth blog (which is not affiliated with Google) has posted aerial imagery from Google that shows how parts of Japan were affected by landslides during the Kumamoto earthquakes of April 14, 15 and 16, 2016:

For example, we can see aerial imagery of the slopes of Mt Aso captured on April 15th, and again on April 16th showing that a large number of landslides took place between the images being captured.

The series of major earthquakes, including a powerful 7.0 magnitude quake, hit the southwestern island of Kyushu hit Kumamoto Prefecture the hardest.

Damage from the earthquakes is easy to spot from the air, and is now visible in Google Earth.

The Google Earth blog has assembled some before-and-after comparisons that provide some stunning examples of the size and scope of the earthquake. 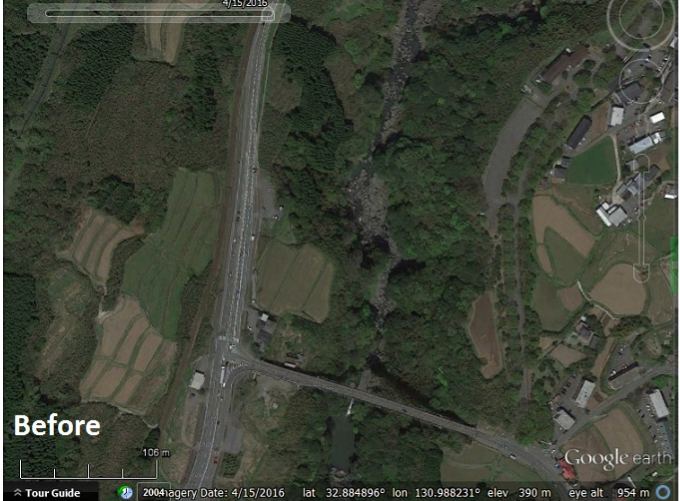 A bridge and road in Minami Aso township, east of Kumamoto. 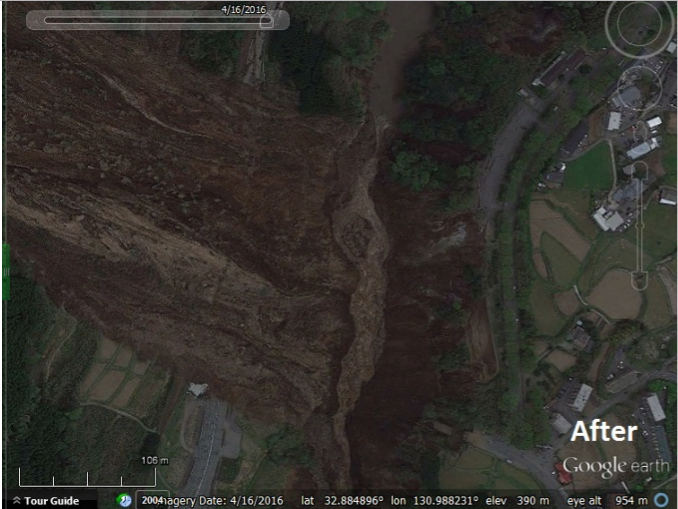 A bridge and road destroyed by a landslide in Minami Aso township, east of Kumamoto.

More satellite images taken during the Kumamoto earthquakes can be seen here.