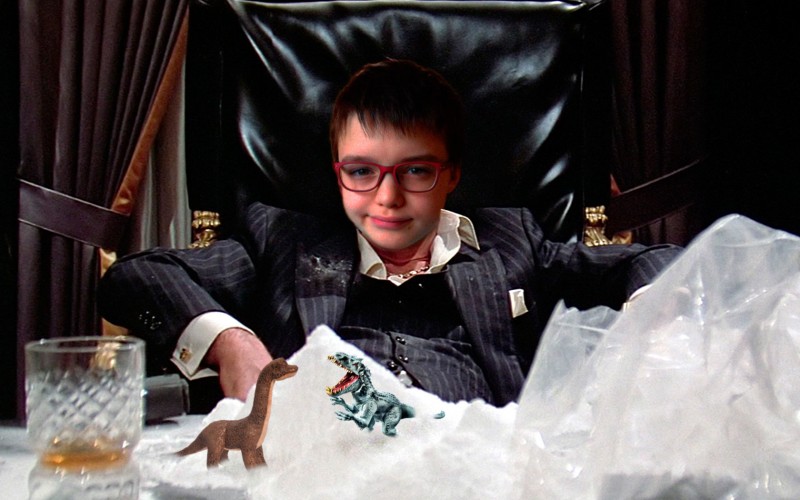 Last month, a mother living in Moscow felt bad for her 11-year-old son. She felt so bad that she turned to Facebook, where she appealed to her friends with a small request. It seems the poor boy was being teased at school because he meticulously maintains a page on the Russian social network Vkontakte, where he uploads photographs of toy dinosaurs and tanks, staging miniature battles between his playthings. “You don’t even get any likes on your page,” his mother said his classmates tell him. “You loser,” they say. Wanting to rescue her son’s reputation at school, Stepan’s mom asked people to visit his Vkontakte page and like his posts.

More than 4,000 people liked Svetlana’s Facebook post, and another 670 users shared it with their friends. Her son, Stepan Saveliev, now has more than 13,000 subscribers on Vkontakte, and several thousand people have liked many of his recent posts. He’s also been invited on at least five Russian TV networks, and an array of Russian celebrities and public figures have written him in support. Some organizations have even joined the bandwagon. The tech magazine iCover.ru sent Stepan a special Lego set. Dmitry Grishin, the cofounder, chairman, and CEO of Mail.ru Group, sent him a Star Wars BB-8 robot replica. Mail.ru Group’s corporate office also gifted him a free premium subscription to Armata, a multiplayer tank computer game.

One of the few people to bring bad vibes to Stepan’s Vkontakte page was Maxim Ksenzov, the former deputy head of Roskomnadzor. Though he’s no longer with the government’s federal censor, Ksenzov apparently still felt compelled to advise Stepan to change his profile picture. (The 11-year-old boy uses a rather gawky-looking photograph of himself slumped in a chair.) Within minutes, Stepan’s new army of friends already had his back, pointing out to Ksenzov that his Vkontakte avatar also fails to impress. 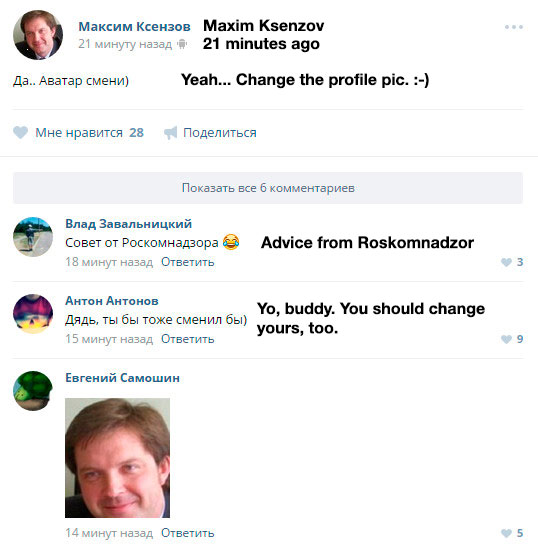 According to Stepan’s mother, who says she is pleasantly shocked by the strong response to her public appeal, her son has even made peace with the boys at school who mocked his Vkontakte page and fascination with dinosaurs.

The news site Life.ru (formerly Lifenews) has taken a particular interest in Stepan. On May 10, the website published a feature story ranking the “top ten dinosaurs, according to Stepan Saveliev.” (He likes the Spinosaurus best of all.) The news agency’s TV network also interviewed Stepan on the air, filmed adorably, if awkwardly, in his bedroom, as he slouched at his desk.

Last week, Roskomnadzor also decided to celebrate Stepan, and it did so in its own unique way, adding the boy to the federal government’s official blogger registry, making him the 2,487th Web address to be registered officially by Russian state authorities. “Our congratulations!” Roskomnadzor told Stepan on Vkontakte. “Now you can be accredited to attend sessions of the State Duma.”

Once the centerpiece of feared and controversial legislation, Russia’s “blogger registry” today is a largely forgotten repository for blogs and websites picked seemingly at random by Roskomnadzor. The 2014 “law on bloggers” was expected to single out popular, possibly oppositionist websites, and saddle their owners and authors with new regulations (against obscene language, libel, and so on), increasing their vulnerability to prosecution. Like several of Russia’s potentially repressive Internet laws, however, officials have scarcely enforced it at all, and many bloggers added to the registry aren’t even aware of their special status. (To date, the government hasn’t fined or penalized a single blogger on the registry.)