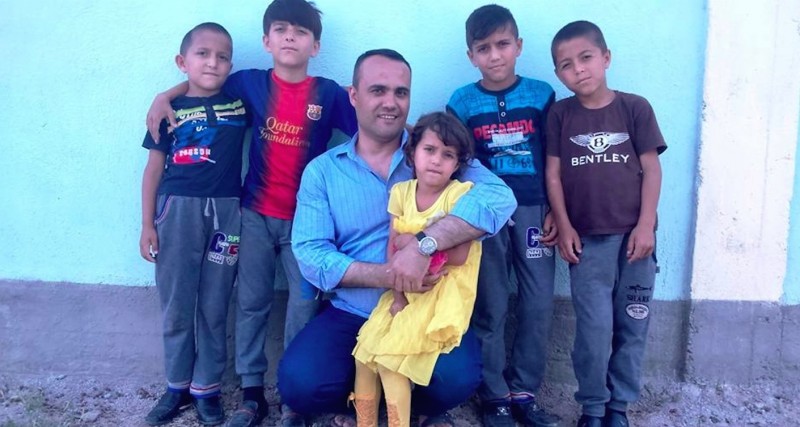 Izzat Amon, who represents the interests of Tajikistan's migrants in Russia. Photo was taken from Izzat Amon's Facebook page.

When you have no food to feed your children, when you have no money to send them to school, when no one helps you because you are the wife of a “driver of terrorists”, when you are prosecuted for being poor and you lose belief.

And at that moment, a crew of reporters arrives at your home to film an interview with you, and their report goes viral, and you receive a promise to help from the most unexpected source — your compatriots toiling to make a living in a foreign land — and that promise is kept. 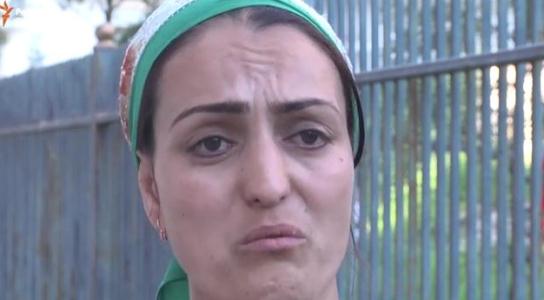 This was the strange sequence of events experienced by Dilbar Gurgova, a mother of five children in impoverished ex-Soviet Tajikistan.

Gurgova was the spouse of a former driver at Tajikistan's Ministry of Defense, who was detained for participating in what Tajikistan's government termed a mutiny [1] led by ex-Deputy Defense Minister Abduhalim Nazarzoda last September.

Gurgova claims that her husband — imprisoned along with other people named as supporters of the disgraced general killed during subsequent fighting with government troops — was just an ordinary driver.

On the night of a supposed coup attempt in the Central Asian country of 8 million, she says that he was just doing what he had always done: obeying orders from superiors to drive ministry staff somewhere in an official ministry vehicle.

The government had different interpretation of his role in the political crisis that followed and the effect on her life has been dramatic.

Gurgova used to sell vegetables at a market in the capital Dushanbe, but was evicted from her place there after becoming the “wife of a terrorist” overnight.

Now she cleans a store for around 10 somonis ($1.20) per day, using the money to buy bread and sausages to feed her children.

Gurgova meanwhile has no idea as to the wellbeing of her husband, who she has seen once during the eight months he has been imprisoned.

She worries that she has no money to hire a lawyer for him, although few Tajik lawyers would take on this type of case given the government's ongoing crackdown on independent practitioners of the profession [2].

In an interview with the BBC [3] Gurgova explained that her kids were sent from school for having no “proper shoes”.

Her attempt to hand her children over to an orphanage in order to pay her rent was refused, because the orphanage did not want to take in “a terrorist’s children”.

The local prosecutor's office has also been unhelpful, to say the least.

It opened an administrative case against her for failing to send [4]her children to the school that expelled them, with the prospect of a large fine in the offing.

One commenter on an article about Gurgova on RFE/RL's Tajik service surmised [5] her sorry situation:

Our officials, and in general our people has a culture of kicking you deeper into the depths if they see you have problems. Ok, her husband was a traitor, but what are the faults of the wife and children? This woman should get some help. Our officials are trying to harm even the families of traitors for the sake of showing results to their bosses.

Gurgova even contemplated suicide. Mothers killing themselves and their children is becoming a worrying trend in Tajikistan [6] as an economic crisis sweeps down from Russia where around a million nationals live and work.

Three teachers from her children’s school were promptly fined [8] by the government for exclusion, while the school was forced to make small contributions towards their education costs.

Far more importantly, Izzat Amon, a prominent Tajik lawyer living in Moscow promised that his foundation run by Tajik migrants in Russia would collect [9] at least 1,000 TJS ($125) for her every month.

Amon, who is known among the Tajik diaspora for directly assisting hundreds of Tajik migrants in Moscow while criticising the government for not defending their rights, recently returned to Dushanbe and paid a visit [10] to Gurgova and her children.

The actions of Amon and his friends were lauded [11] by Tajik internet users, who also criticised the government's negligence towards vulnerable women:

Well done! Inshallah, we will live to see the weddings of these children.

Dear friend, Izzat, May Allah be satisfied with you! The [State] Committee on Women's Affairs and other officials will raise their voices only after our women have already committed suicide. They can do nothing except sit on chairs and put on their makeup!!!

In her BBC interview — which came after the RFE/RL video that attracted Azzat's attention — Gurgova said she felt guilty that migrants in Russia facing rising xenophobia and police harassment would put aside the time and money to help her, notwithstanding the public humiliation she had faced.

Clearly, as the government continues to wash its hands of ordinary people's suffering, solidarity has become the best form of survival.