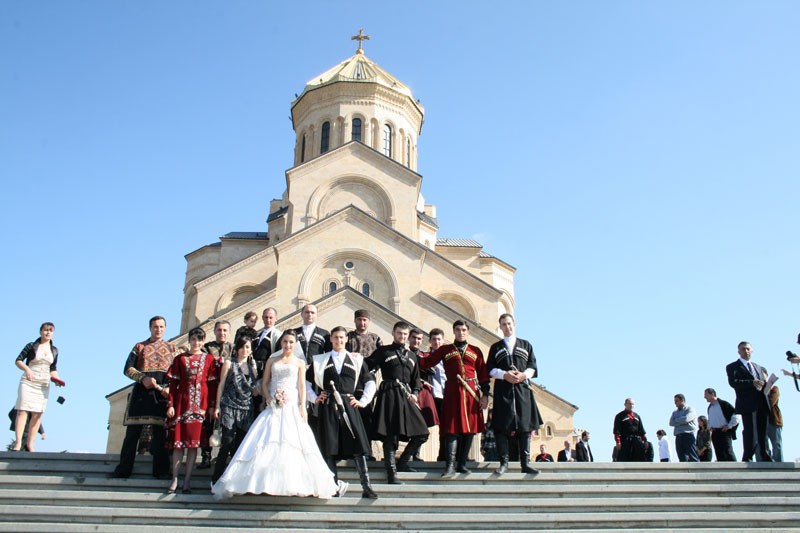 A planned nationwide headcount of eligible bachelors and bachelorettes has been announced in Georgia as the best solution to the “problem” of singles in this South Caucasus country of 3.7 million.

A group of concerned citizens at Georgia’s non-profit Demographic Development Fund (GDF) believe that sagging marriage and birth rates have brought the small post-Soviet nation to the cusp of a “demographic catastrophe.” And this is something Tinder, the get-acquainted app, and the like won’t fix. A government-backed dating service is in order, they say.

“We will take a census of all singles, widows, widowers, the divorced and enter their details in a database,” Davit Khizanishvili, the fund’s president, announced last month. Via an agency dedicated to this particular exercise, the non-profit has already started to profile Georgia’s singles, taking careful note of such personal details as “weight, height and zodiac sign.”

The GDF carries the blessing of the Georgian Orthodox Church, the country's most influential public institution, and parliamentarians have scurried to make donations from their salaries.

Like elsewhere in the South Caucasus, much of Georgia tends to look on marriage and having children as solemn duties, but many Georgians are not exactly enamored of this national matchmaking idea. The way it is presented, the undertaking carries none of the fun of Denmark’s “Do it for Denmark, Do it for Mum” campaign, which encouraged Danish couples to go on vacation to make love and conceive babies. With its somber slogans, the Georgian version strikes more similarities to the 2015 dystopian comedy, The Lobster. In that movie, single people are taken to a hotel, where they have to find a romantic partner in 45 days or face being turned into animals.

Some Georgians were indeed creeped out by the GDF’s campaign. Public reactions, rounded up by the daily newspaper Rezonansi, included concerns that singles will get taxed or face the prospect of shotgun marriages.

The proposal has touched off not just concern, but also spoofs. “It may happen so that a woman is not happy with the proposed husband, but she has to bear with the whole thing for the national cause,” wrote the satirical online journal Chiti, essentially a Georgian version of The Onion. The journal joked that the Fund will try to arrange unions between unattractive and attractive people, so their children will have midway decent looks.

The skepticism for the idea is linked to the man behind it, businessman and matchmaker-in-chief Levan Vasadze, chairman of GDF’s board of trustees and a graduate of Emory University’s business school. Traditionally minded and attired (with a taste for chokhas), Vasadze, 45, has an organization and goals similar to those of the GDF.

He is known for his crusade against gay and abortion rights. His manner of speech and many orphic rants against liberalism have provided fodder for internet and television take-offs.

Married and the father of six children, Vasadze sees recreation as the antidote to such ills.

GDF said that Vasadze is not behind its census campaign, but many Georgian singles still are apprehensive that Vasadze, decked out in his trademark traditional outfit, comes knocking on their doors with a proposed date by his side.