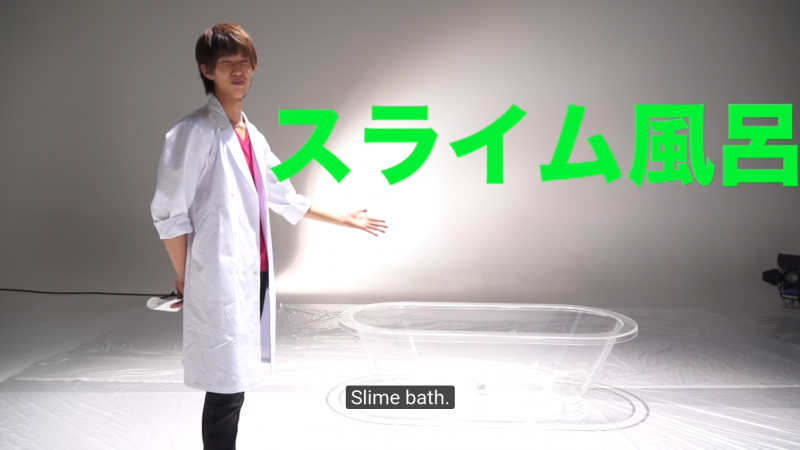 はじめしゃちょー（hajime） is YouTube's most popular vlogger in Japan with 3.2 million subscribers.

Bound by cultural and linguistic barriers from the outside world, Japanese YouTube exists in a universe of its own. Viral memes come and go with little notice being taken anywhere outside of Japan.

Luckily, Hajime Shacho [1], Japan's most popular YouTube vlogger, has included English language captions for his most watched (and most outrageous) videos.

With more than 18 million views, Hajime Shacho's most popular YouTube upload so far is “Taking a Coca-Cola bath with Mentos.” It's a perfect example of the extreme experimentation that has made Hajime's YouTube channel sort of like a mini-Mythbusters [2]:

The hilarious—and informative—”How to Make a Slime Bath” has racked about 11 million views so far:

In this popular video with 7.2 million views, Hajime Shacho sets out to eat all of the items on the McDonald's menu.

Hajime Shacho's most popular YouTube videos can be viewed here [3].