Exit Davutoglu: Turkish PM Squeezed Out as Fears for the Future Intensify 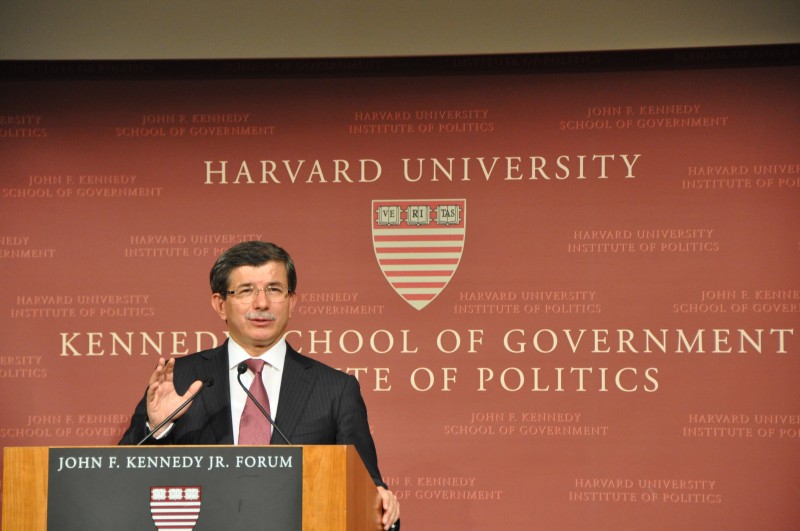 Turkey's Prime Minister of nearly two years Ahmet Davutoğlu has announced his intention to quit his post “for the unity of the party” amid evidence of a bubbling conflict with Turkish President Recep Tayyip Erdoğan.

Davutoglu was the second most important figure in the AKP (Justice and Development Party) that has dominated Turkish politics for over a decade and his likely disappearance from the political scene is viewed as robbing the country of a potential check on Erdogan's ambitions.

A bespectacled intellectual, Davutoglu never quite had the aura of Erdogan, who came to the fore as Turkey's Prime Minister and AKP's guiding political force in 2003.

Writing at Al-Monitor, Mustafa Akyol noted the appearance of a “mysterious political blog” that had painted Davutoglu as a traitor shortly after Davutoglu was stripped of his powers to appoint regional party officials by the AKP's executive committee.

If the blog — as many think — is a reflection of Erdogan's positions, then some of Davutoglu's principle crimes appear to have been playing the soft cop to Erdogan's hard cop in negotiations over the EU-Turkey refugee deal and favouring a parliamentary system.

What awaits Turkish Prime Minister #Davutoğlu after his dismissal by President #Erdoğan… pic.twitter.com/WYKJKvVmef

Davutoglu, for his part, appears to have recognised that he lacks the political capital to go toe-to-toe with one of the most popular and powerful leaders in Turkey's history, despite the fact that as PM he has a broader constitutional mandate than Erdogan.

This has led many to fear that Turkey's transition from a troubled democracy to an authoritarian state is close to complete.

Let us mourn Turkish democracy, which has been shorn of one of its last checks on #Erdoğan’s power https://t.co/GnQEmjgc8N

With Davutoglu's successor likely to be more in favour of a constitutional switch in favour of broader powers for Erdogan and the presidency, the world will wait to see what this means both for the ongoing refugee crisis on the EU's borders and the deepening conflict between Kurdish militants and the Turkish state.

Unfortunately, what developments in Turkey over the last two years or so have shown is that prospects that at one point might have seemed absurd, suddenly become conceivable.

CHP MP: “Thank goodness for the Republic. In Ottoman times, Davutoğlu would have lost his head.” https://t.co/fK3yMALDtG