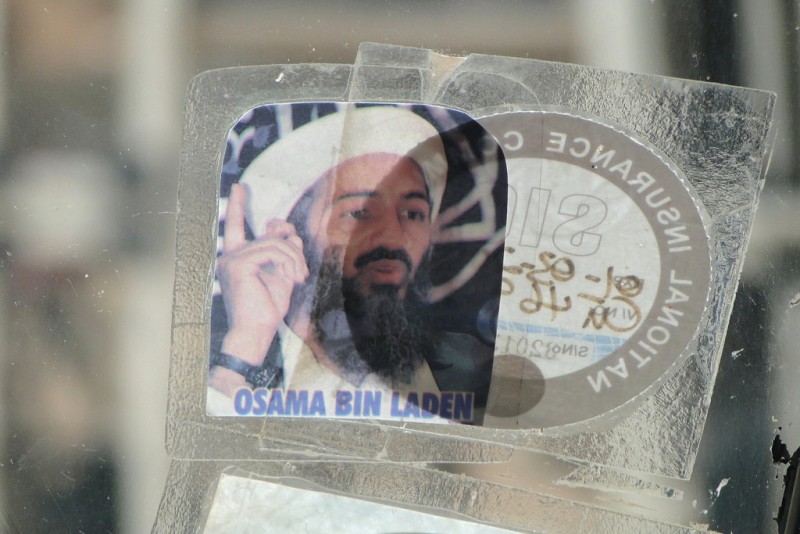 On the fifth anniversary of the death of Al Qaeda leader Osama bin Laden, the Central Intelligence Agency (CIA) – a civilian foreign intelligence service of the United States – decided to recreate the events of that day by tweeting the operation that killed Laden as if it were happening in real time.

Bin Laden was killed by US Navy Seal commandos on May 1, 2011, when they raided his compound after midnight in the city of Abbottabad, Pakistan. Tweets posted by the CIA in 2016 included time-stamped updates of the operation and maps of the site, using the hashtag #UBLRaid.

The “live” tweeting received mixed reactions from netizens and reawakened criticism of the lack of transparency surrounding the operation and the subsequent blow-back in Pakistan. Phillip Carter, senior fellow and director of the Center for a New American Security, provided a US military perspective:

He wasn't alone. Others joined in to question the purpose of tweeting the operation five years later:

Some netizens were confused with the hashtag #UBLRaids, because the militant leader's name is more commonly spelled as Osama bin Laden and because in Pakistan UBL is an abbreviation for United Bank Limited.

And I thought #UBLRaid was a promotional event by @UBLDirect @CIA

There was a Twitter account that live tweeted the operation in 2011. Sohaib Athar is a software consultant who lived in Abbottabad at the time. He began tweeting about the “rare” event of a helicopter in the area, and later realized the significance of it.

Here are a few of his tweets from that night:

Helicopter hovering above Abbottabad at 1AM (is a rare event).

The abbottabad helicopter/UFO was shot down near the Bilal Town area, and there's report of a flash. People saying it could be a drone.

Uh oh, now I'm the guy who liveblogged the Osama raid without knowing it.

A deepened mistrust of vaccinations

Though the US Navy Seal commandos who killed bin Laden left just as quickly as they came, their actions have continued to have consequences in Pakistan, something not mentioned in the almost celebratory tweets by the CIA.

The announcement that bin Laden was buried at sea didn't bode well with the Pakistani public at large. Then there were more serious issues that surfaced.

According to the most famous version of the story, the CIA worked in the shadows for many years in Pakistan, which led to them identifying a courier who resulted in the discovery of the Abbottabad compound where bin Laden lived. The agency then reportedly mounted a fake Hepatitis-C vaccination program with the aim of obtaining genetic samples from the compound.

When news of the vaccination ruse broke, health care workers in Pakistan suffered a severe backlash. Today, many in Pakistan believe polio vaccines are poison, or a conspiracy of the West to destroy Muslims, or a way to halt the population growth in the country. The fake vaccination campaign of 2011 is believed to have strengthened this mistrust in vaccines.

Furthermore, the militant group Taliban also suspected that polio workers were secretly collecting intelligence for the US. Polio vaccination teams have been targeted for assassination.

Some investigative journalists considered the CIA's tweets as absurd, given authorities’ lack of transparency on the raid.

According to the US-based MuckRock, which assists anyone in filing governmental requests for information through the Freedom of Information Act (FOIA), the US Department of Defense has refused to provide any records related to the raid that killed bin Laden. On its website, MuckRock shared that when the Associated Press news agency submitted more than 20 FOIA requests related to the issue, the response received was that it was unable to locate any records. MuckRock also received the same response.

.@CIA‘s tweeting of the #UBLRaid all the more offensive considering their refusal to release #FOIA docs: https://t.co/BtNKfkWW5h

Five years later, many in Pakistan still feel that there is not enough public disclosure around the military operation that led to the death of bin Laden, and the CIA's tweets didn't help that fact.