How El Niño Is Affecting the Upland Areas of Myanmar 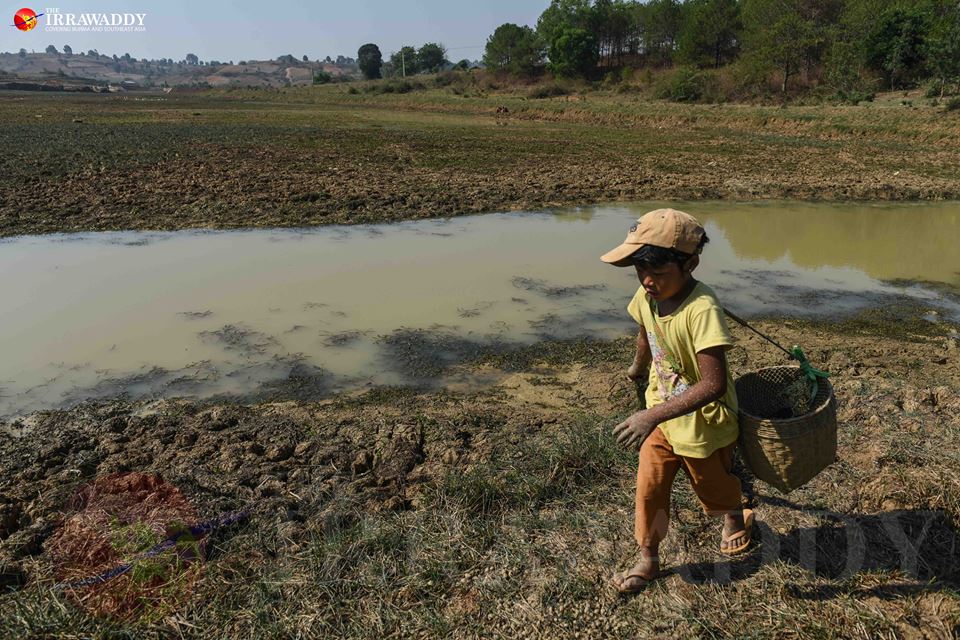 A child walks on the dried-up river bed of Thaminekham Dam near Aung Ban on April 28, 2016. Photo by Jpaing / The Irrawaddy

This article is from The Irrawaddy, an independent news website in Myanmar, and is republished on Global Voices as part of a content-sharing agreement.

Shan State’s upland areas are typically cooler than the arid regions of central and lower Myanmar, although this year, much like the rest of the country, it has suffered from an unusually powerful El Niño weather pattern.

In southern Shan State, springs and lakes used by local communities to store rainwater for domestic as well as farming purposes have been dry since February, leaving many villagers facing water shortages that are even worse than those in previous years. Tun Kyi, the head of Kalaw Township’s Le Gaung Village, explains the situation in their area:

The lake near our village dried up two months ago. Last year, we were able to use water from there until March.

To tackle water scarcity, some local charities, such as the Brighter Future Myanmar Foundation, have started to distribute drinking water to villages. The foundation, the only in Shan State digging wells in hard-hit areas, has been collaborating with Myanmar’s government since 2014, receiving machines to drill into the mainly limestone Shan plateau. The foundation says that it has recently spent US$1.5 million to buy their own new drilling equipment and that they have dug over 100 wells in Shan State to date. 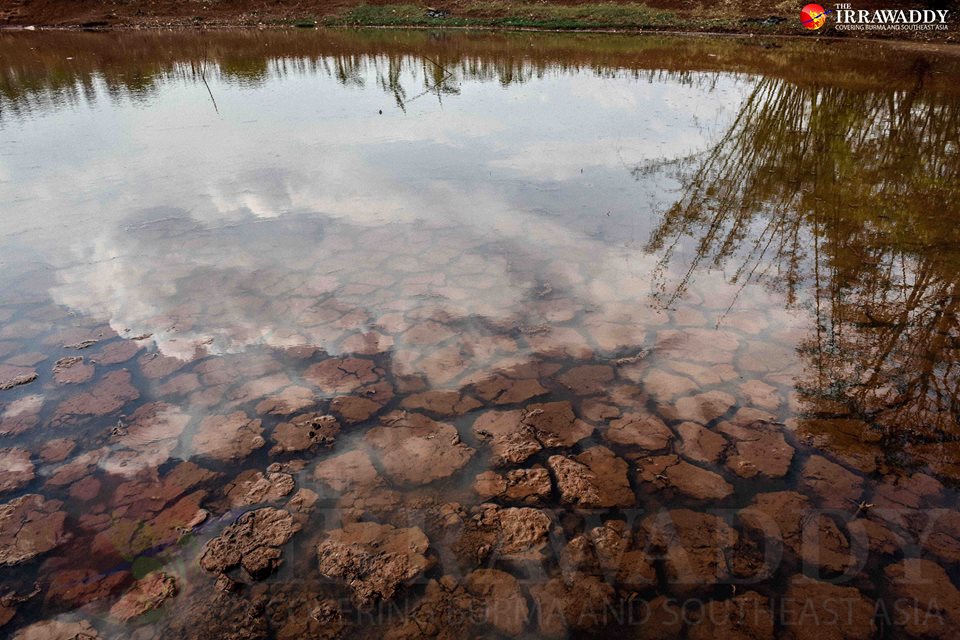 A dried-up pond in Pindaya Township in Southern Shan State on April 28. Photo by Jpaing / The Irrawaddy 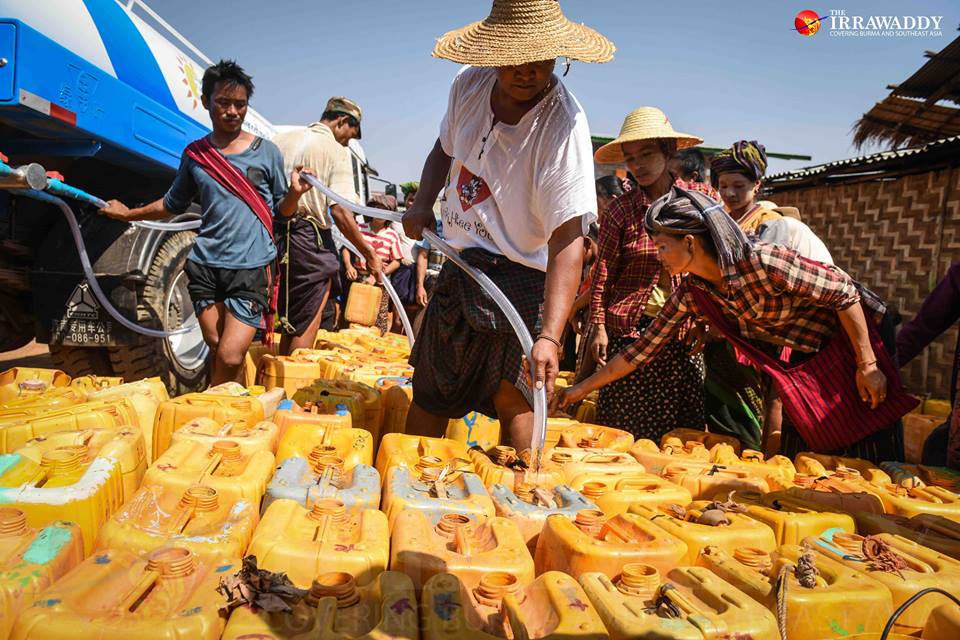 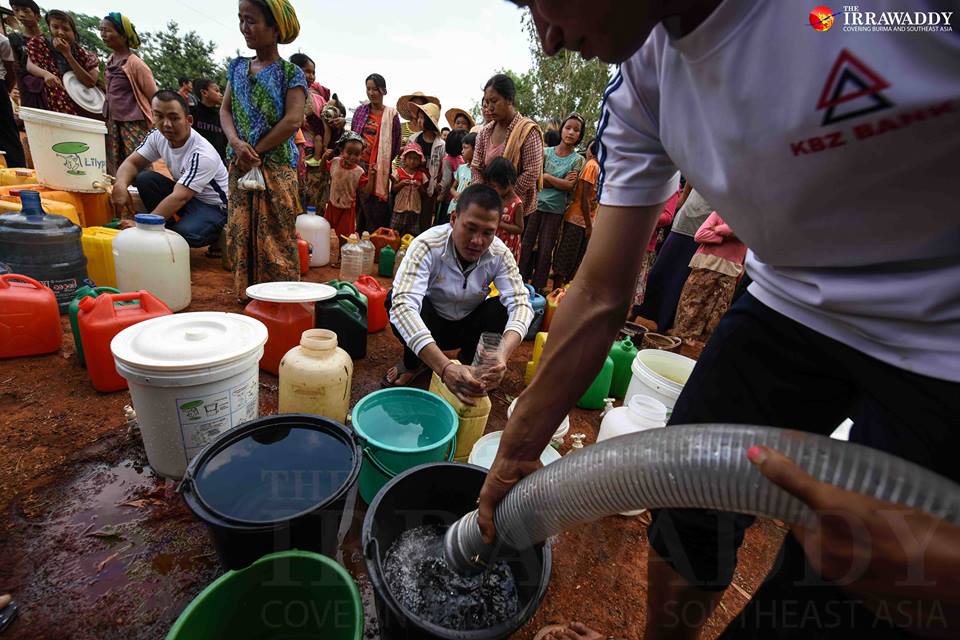 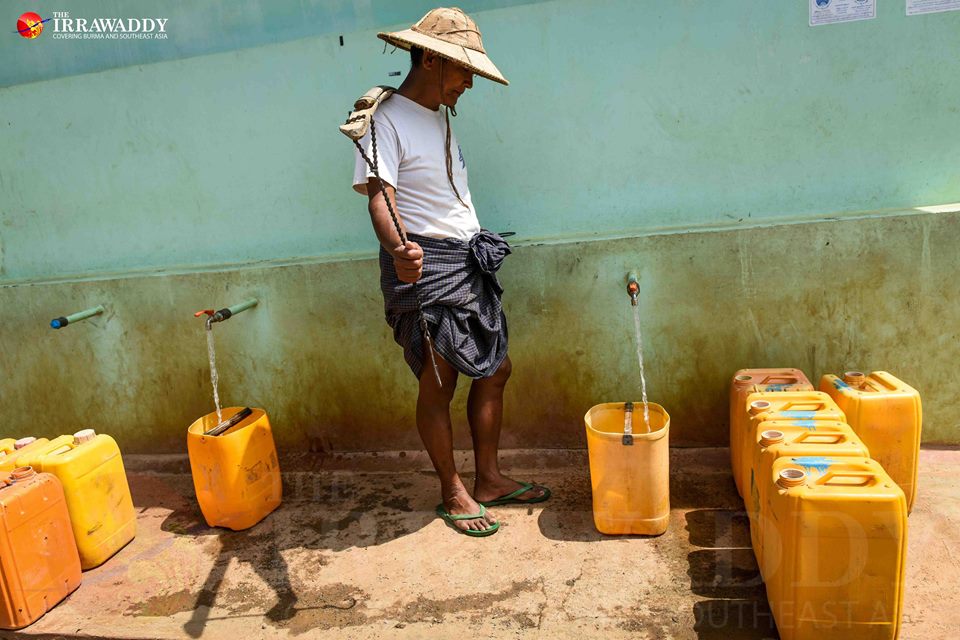 A man fills water at a community water tank in Aung Ban. Photo by Jpaing / The Irrawaddy