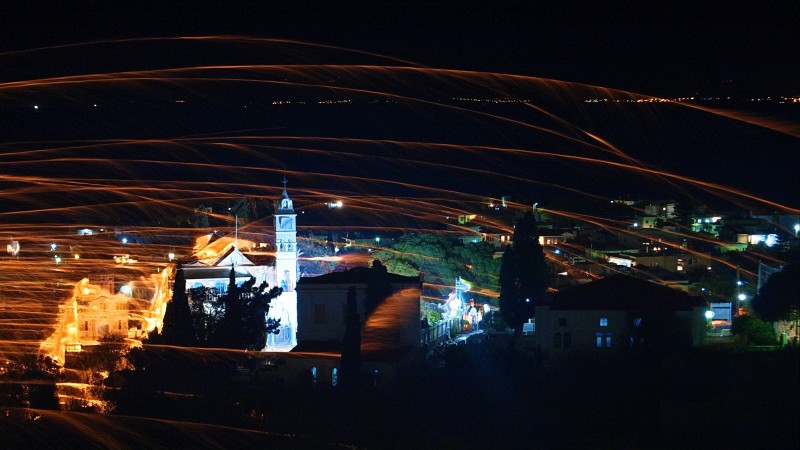 The Greek town of Vrontados on Chios Island is used to drawing attention around Orthodox Easter time. Usually, it’s because of the tradition of “Rouketopolemos” (“Rocket War” in Greek), which sees the members of “rival” churches Saint Mark and Panaghia Erithiani fire thousands of homemade rockets towards each other at midnight on the holiday.

But this year, Vrontados made headlines for the opposite reason. The battle was canceled due to some residents threatening a lawsuit against the rocket makers.

It was the first time in more than 100 years that the town didn’t have an explosive Easter. The Rouketopolemos dates back to the era when Greece was occupied by the Ottoman Empire. The ritual was earlier performed with real cannons filled with gunpowder, producing loud explosions, but Ottoman authorities prohibited their use in 1889, fearing that Easter celebrations would ignite a people's revolt against their rule. A second tradition says the Rocket War was supposedly born, because islanders were prohibited to celebrate Easter as they wanted, so they decided to set up a fake battle to keep Ottomans at a distance. 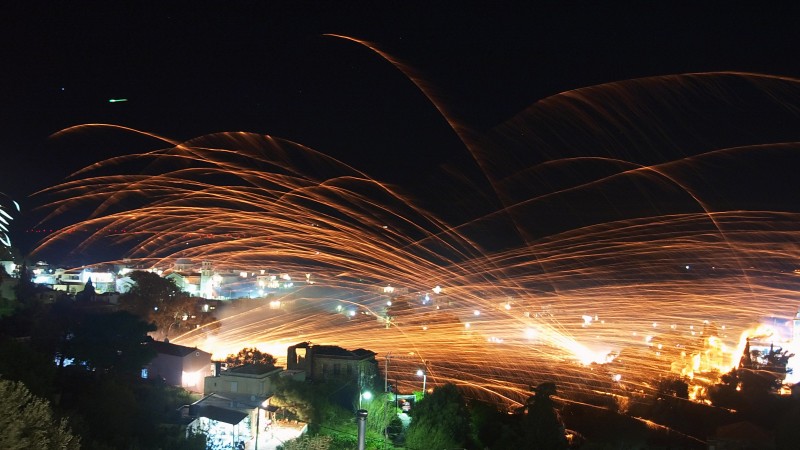 Saint Mark and Panaghia Erithiani parishes prepare for several months before midnight on Easter Sunday, when the Rocket War takes place. People of all ages participate in the rockets’ construction, with final preparations escalating during Lent (the period of time leading up to Easter), with the younger residents taking the lead under the guidance of their elders, usually retired sailors. Specific quantities of nitro, sulfur and coal are inserted into paper cylinders, which are then bound to a stick with a fuse attached to on end. The rockets are then placed in makeshift wooden bases, ready to be lit and create an fiery spectacle.

At midnight, the rival groups take their places, and while the priests say the Mass of the Resurrection, the battle erupts. Rockets explode against the dark sky, leaving golden trails behind them. The target is the bell tower of the rival church. It's difficult to declare a winner, as the rockets are numerous and cannot be counted easily the next day.

The idea isn't to actually hurt anyone. The church buildings themselves and the nearby buildings are extensively boarded up with metal sheets and mesh for the occasion. While some residents aren't fans of the custom, it has become a significant source of tourist revenue for the area — people from all over Greece and abroad choose to spend their Easter holidays in Chios just to witness the battle.

In 2015, English-language news website Greek Reporter produced a brief documentary on the tradition. In it, Dr. Stamatios Krimigis, a Greek-American scientist in space exploration, originally born in Vrontados, Chios, talks about the tradition of rocket war:

It reminds me of my childhood because I always used to take part in the rocket war […] Everything is dangerous when you're not prepared. When you are prepared and you have taken the right measures, there is less danger.

Another video by video platform Nowness offers a stylized peek at the tradition:

When the Rocket War was relatively unknown, things were fine. But as the number of visitors have increased, so have the number of rockets launched and the possibility of stray projectiles doing damage to surrounding buildings. A lack of proper management of the tradition and its growing audience have only exacerbated the situation.

That tension culminated this year, when local rocket makers in Vrontados town declared they wouldn't organize the famous battle as they were threatened with lawsuits by village residents, who every year must repair damages to their homes. As Greek Reporter mentioned:

“We did everything we could to secure the safety of their homes and to convince them,” said president of the local community of Vrontados Markos Kosmas. “But they won’t back down on their decision. The rocket throwers are mostly family people and they will not risk being chased by police and end up in court,” he added.

A legal framework to protect local traditions like the Rouketopolemos has been in the works since last June, and local rocket makers and supporters have been watching its development closely. Parliament hasn't yet voted on it, however. 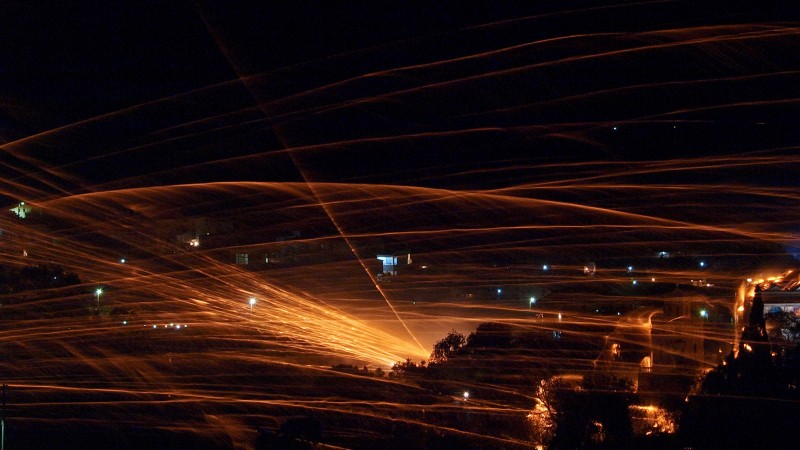 The battle has begun at Vrontados town. Photo by Aneta Silwia Zak, used with her permission.

Let's hope that the tradition eventually resumes, and that locals and government officials can solve their differences through serious discourse and planning.

Special thanks to Aneta Silwia Zak for her permission to use the photos in this article.