The Hot and Cold Secrets of the Persian Kitchen 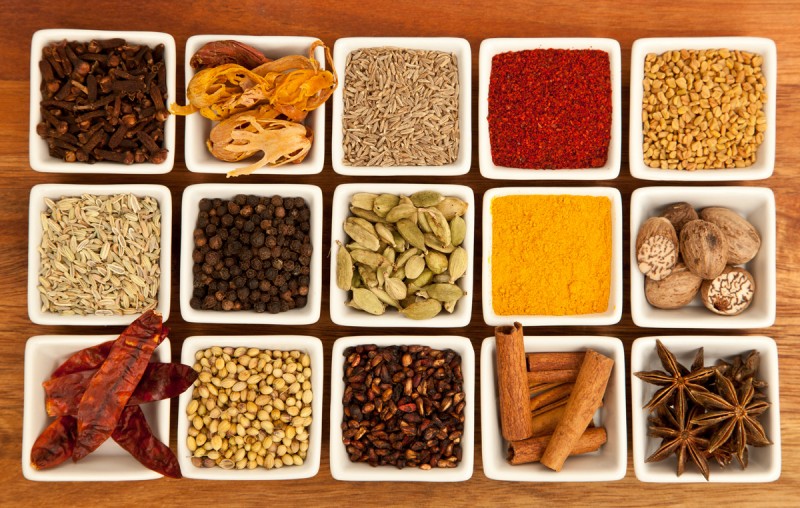 One of the keys to Persian cooking is understanding that some foods are considered hot and others cold. What exactly does that mean? Global Voices asked Persian food expert Maryam Sinaiee, of the website Persian Fusion, to explain the concept:

Hot and cold don’t really refer to the temperature of food or its ingredients, they are rather descriptions of inherent properties in food ingredients that cause changes in the body.

The concept is based on Unani medicine [an ancient Greek medicinal tradition], according to which, individuals differ in nature too [with] some having a hot nature and others, cold. These attributes are associated with the color and temperature of the skin, temperament, etc.

In practice, this means that if you have a health problem that is categorized as “hot”, you would eat cold food to counter it. The opposite is also true: if you have a “cold” nature, eating too much cold food can throw you off-balance.

It’s quite elaborate and complicated so I’ll be giving you a very simplified version. Generally, high-energy, high-fat foods and most spices are considered hot. Many vegetables and grains, such as rice, are considered cold. The aim of the Persian cook is to balance hot and cold ingredients in a dish as components of a meal, or to correct the imbalance [that is] causing trouble to an individual, with food.

But does every Iranian cook have a chart of hot and cold foods — or a chart of each diner's needs?

Most Iranians, at least the older generation, just know these things or ask more knowledgeable people around them. When things are too difficult to address by home remedies, a traditional doctor may be consulted too.

For instance, everybody knows that chocolate and nuts are hot. So if a person has a rash, they’ll immediately tell him to hold off these foods. They might tell them to drink distilled chicory plant water, because it has a cooling effect on the body and will help get rid of the rash.

Coriander (cilantro) and sour plums are considered as cold. So if a person has fever, they’ll usually be given a coriander and plum soup (ash-e geshniz ba alu) to help with the fever.

Is this starting to make sense? The Iranian version of your grandmother's chicken soup is coriander and plum soup. Sounds delicious! Sinaeei added:

Traditional dishes are usually very balanced, though. Take fesenjoon, a scrumptious Persian stew of chicken or duck in walnut and pomegranate sauce. Walnuts are considered hot and pomegranates cold. Or rice with broad beans (fava beans) which is called baghali polo. Broad beans are considered as very cold, rice is cold too, so the dish is balanced with the addition of dill, a hot herb. The same goes with fish, a cold meat. It’s usually eaten with rice filled with herbs like dill, as well as with garlic, another hot ingredient. Yogurt, a cold food, will never, ever, appear alongside fish on a Persian table. 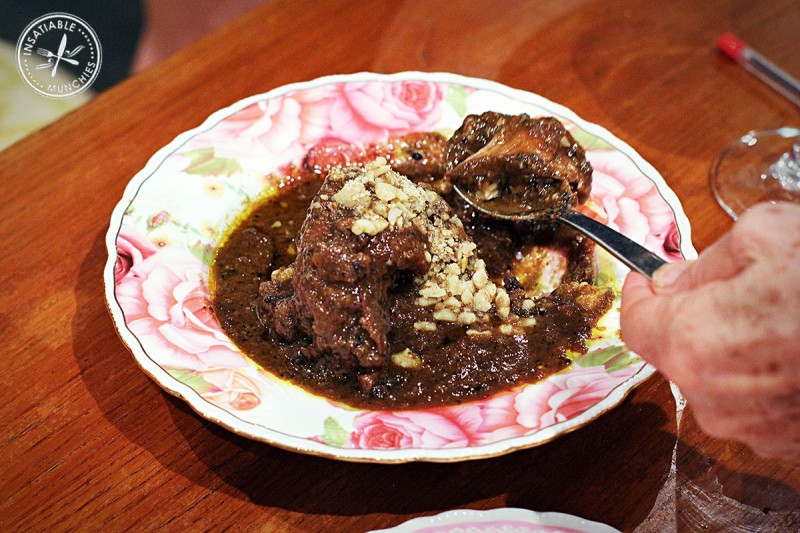 In other words, hot and cold categories can also help balance out a menu:

Persians love to eat tender, new season, romaine lettuce hearts with a syrup made from wine vinegar and sugar. That’s because lettuce is cold and the syrup’s heat will balance it.

Unsurprisingly, the summer and winter months require their own special foods — cold for summer and hot for winter:

Generally, hot dishes are served during the colder seasons. Normally, the rich and luxurious fesenjoon is saved for colder months, unless there is a big feast with many dishes to choose from. In summer, people usually tend to eat food of a colder nature — [dishes that are] less rich and made with lots of vegetables, cucumbers and yogurt.

The hot-and-cold rule stands true for desserts too — and yogurt is a go-to counterbalance for hot foods:

After a meal with a cold dish like fish, a Persian family will usually serve a hot dessert made with lots of sugar, fat, and spices such as cinnamon. An example is khagineh, a sort of big pancake torn into pieces and drowned in a saffron-spiked syrup.

Yogurt is often served with or stirred into certain other dishes if they are hot. In my grandparent’s house, there was a bowl of ground, dried, bitter orange peel mixed with ginger (both hot ingredients) and sugar on the table too, as if all the precautions that my grandmother (a fabulous cook) took were not enough. My grandfather took a spoonful after most meals, presumably because he considered most food as cold.

Can we eat that photo?

For first-time visitors to an Iranian feast, the spread of food can be overwhelming — but that hasn't stopped many fans of Persian cooking from sharing their food photos on Instagram.

In this photo shared by Instagram user shore.coli, there is plenty of hot and cold to go around:

Nature's bounty…from the sea to the mountains…an enjoyment of nature unique to Gilanis [people from the Northern Iranian province of Gilan]. Photo from one of our guests @vanilla.bakery.

This shot of bagali polo, that master mix of hot and cold, was uploaded by Instagram user foodie_express:

This photo of romaine hearts dipped in vinegar and mint syrup (sekanjabin) was shared by Instagram user vida.rahimzadeh:

#Lettuce #sekanjabin [vinegar and mint syrup]…one of my best #memories ☺️😌. Do you also share that feeling 😉

Ready to try it yourself?