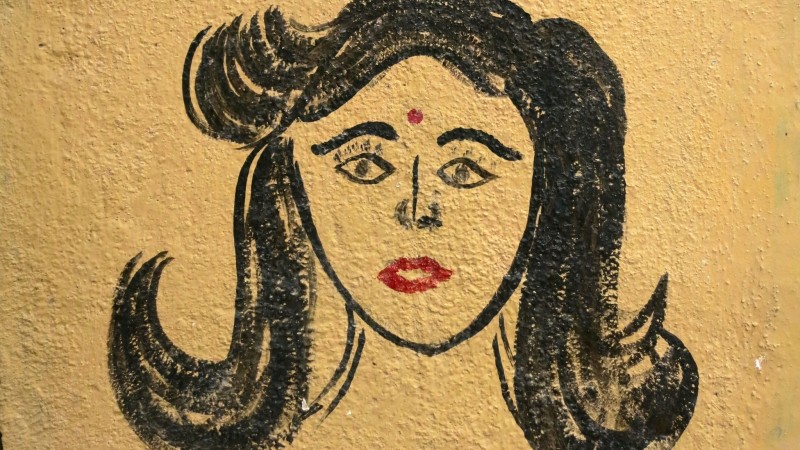 What is beauty? Image from Flickr by Vhines200 CC: BY-ND

They don't say “beauty is in the eye of the beholder” for nothing. What's considered beautiful is in most cases subjective. It varies across cultures and is deeply influenced by traditions and gender norms.

In India, ask about the definition of “traditional feminine beauty” and you'll receive a plethora of opinions and judgements. India opened up its economy to international businesses in the 1990s, and since then Western tastes have had a powerful influence on fashion. Many women of the younger generation challenge traditional Indian beauty standards with their preference for jeans over the salwar kameez and hairstyles that aren't long and oiled curls —  something that isn't always welcome in a conservative society.

When international visual artist Sharmistha Ray returned to her country of birth, India, after finishing graduate studies, she found out precisely that.

In a recently published article in Medium, Ray recounts that what made her stand out was unfortunately not her work but her hair, which she wore in a buzz cut at the time. She also wore minimal make-up. One day, she was propositioned by a government official to be an escort. That's when she says she discovered she was unwittingly rebelling against the traditional Indian feminine ideal.

She says she tried for a short while to conform, while working a job in a corporate art gallery in India’s financial capital and nucleus of glitz and glamour, Mumbai. She grew out her hair and even learned the fine art of walking in stilettos without letting out even the mildest of whimpers. 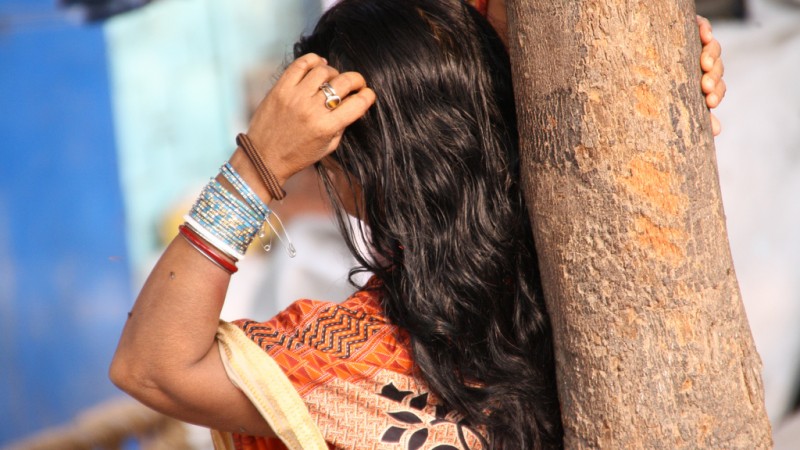 Part of the reason why long hair is a norm of Indian beauty if that it is part of Hindu spirituality. Image from Flickr by Maureen Barlin, Agra, India. CC: BY-NC-ND 2.0

But she eventually began reverting back to her true self. She cut her hair short.

The decision was not without severe bouts of anxiety about how I would be perceived. In a country where the social collective defines one’s identity, asserting the right to define myself was probably the most radical thing I could have done. For a while, having short hair became a real liability, especially after I gave up all pretenses of femininity. I could see the looks of alarm, then pity on people’s faces. I constantly had to explain myself to others. There were whispers, giggles and derogatory comments: “She’s gone butch.”

Choosing to live life on her own terms she says brought her unparalleled happiness. She even started wearing a blonde mohawk.

I believe it’s only when we allow all individuals to express themselves in mind and body that we can start imagining a country that nourishes true equality. I want this for India. […] My hair is only one aspect of my expression, but in a culture that radically rejects anything that doesn’t conform to binary gendering, it’s also come to symbolize personal and creative freedom.

Ray is an upper-class, educated and independent woman. Despite all her privileges, she was still called unflattering names when she tried to be herself in a way that went against India's gender norms. Social media is full of comments like this associating women wearing short hair with angry, unreasonable “feminists”.

How one chooses to look is a deeply personal thing. It may or may not be laden with meanings or motives, but it nonetheless provides an avenue for self-expression. If a woman chooses to wear her hair short or dresses in a way which may seem subversive, let's let her be.