Tackling Child Marriage in India, One Wedding Tent at a Time 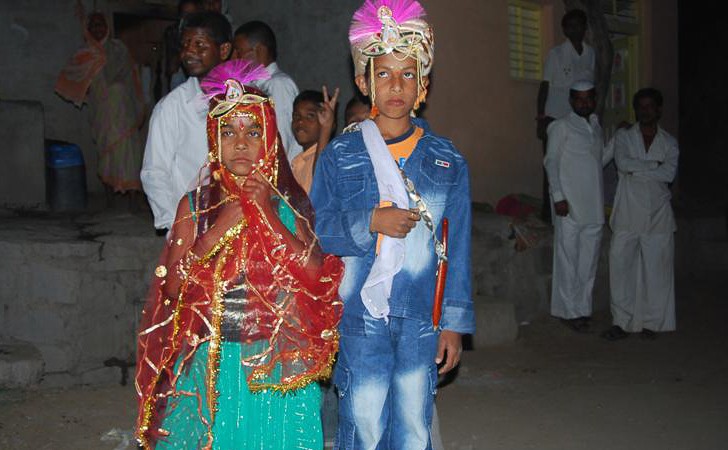 Is this child marriage? Image from Flickr by Naga Rick (2009) CC BY-NC-ND

Tent vendors in the western Indian state of Rajasthan are taking a stand against child marriage. More than 47,000 of them have declared that they will not supply tents for ceremonies where children figure as the bride or groom and will ask for birth certificates to ensure ages. If they find out that a child marriage is taking place, they say they will inform local police.

As in other parts of the world, child marriage is a grave problem in India. The Child Marriage Act of 2006 bans the practice, fixing the legal age of marriage to 18 for girls and 21 for boys. Despite this, India ranks 13 in the Child Marriage Hot Spots report by the International Centre For Research On Women. The 2011 census revealed that nearly 17 million Indian children between the ages of 10 and 19 — representing 6% of that age group — are married.

The government is taking many steps to curb child marriage, including announcing incentives to delay marriages. However, in villages with poor economic conditions, girls are often married off before the legal age because it means one less mouth to feed in the family. Secret footage recently released of a five-year-old girl crying as she's forced to wed an 11-year-old boy in a mass ceremony in Chittorgarh, Rajasthan, has caused massive outrage on social media.

Online, people applauded the tent vendors’ announcement and spoke out against child marriage. Kiran Agarwal commented on Facebook that the community must work together to condemn this ancient practice:

How can we call ourselves progressive where such evil custom of society thrives. We all shall be vigilante in our respective localities so that our local authorities can take necessary steps to curb it.