Fighting Fear and Hopelessness From House Arrest in Macedonia 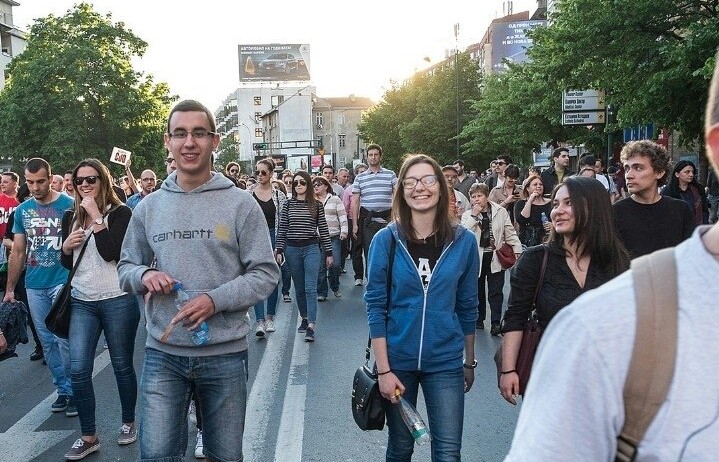 Borjan Eftimov (on the left) participating in a protest a few days before he was summoned for questioning by police. Afterwards, he was detained and placed under house arrest. Photo used with permission.

Facing street protests with crowds in the thousands, Macedonian officials are intensifying the police response to the so-called “I Protest” movement (#протестирам | #protestoj). Half a dozen prominent demonstrators have already been detained and placed under house arrest on charges of participating in riots.

Among those arrested is a 19-year-old law student named Borjan Eftimov, whom police summoned for questioning in mid-April. After he voluntarily reported to the police station, he was charged with ransacking a presidential public outreach office on April 13 and placed under house arrest for eight days. Eftimov admits to throwing stones at the building's window and removing a chair from inside, but law enforcement officers have refused to let him plead guilty formally.

“In fact, I haven't made an official statement to plead guilty yet, and the prosecutor is avoiding it because, if I confess to the crime, there is no basis for my detention,” Eftimov wrote in a recent Facebook status from his home.

In late April, after Eftimov served eight days under house arrest, prosecutors asked a court to extend his detention for another 30 days. “Their justification was that I would repeat the crime or flee the country,” Eftimov told Global Voices. 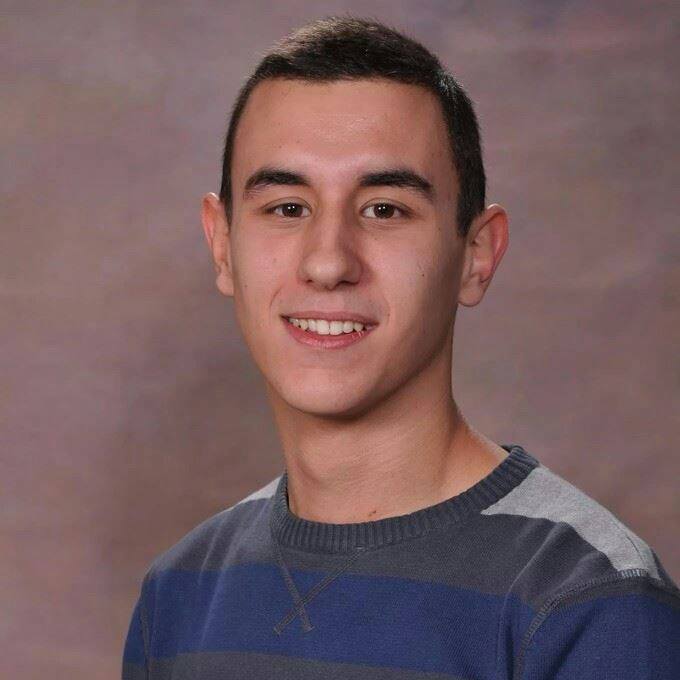 “I'm ashamed to be a law student in a country where the students are beaten… and those in power are breaking all the laws but in the same time enormous detention sentences are given for participating in a mob while for the criminals in power there's no sentences, no prosecution nor detention, just blanket pardoning,” Eftimov wrote on Facebook, referring to President Gjorge Ivanov's decision to issue blanket legal protection to more than 50 top politicians. It was this act that triggered the mass protests now sweeping Macedonia.

On April 12, President Gjorge Ivanov announced his decision to extend legal immunity to all politicians and their associates then under investigation from the Special Public Prosecutor's Office for suspected corruption, illegal wiretapping, election fraud, misuse of power, and even the cover-up of murder. Revelations about the alleged crimes came last year in leaked wiretaps released by the leader of Macedonia's political opposition, Zoran Zaev, who accuses former Prime Minister Nikola Gruevski of ordering police to wiretap the conversations of more than 20,000 citizens.

Many protesters are also infuriated that Macedonia's courts typically refuse their appeals, when charges by the Special Public Prosecutor's Office are involved. Critics say this is a consequence of the judiciary's widespread corruption. Internet users and several websites have worked to spread Eftimov's story, re-sharing it on social media and posting screenshots of his Facebook status.

The Macedonian regime wants to instill fear in protesters, Eftimov believes, and he encourages more people to join the demonstrations. “If you don't want to be the next one to suffer psychological torture and oppression in the regime's labyrinths, go out into the streets with our colleagues and comrades, so together we can be the change we desperately desire,” Eftimov wrote online, before adding, “We will suffer but we will never give up!”