The team of data journalists (used with their permission)

Their average age may be only 30, but with their website Les Gouvernements de Paul Biya, five data journalists have retraced the 34 years that their country's president has been in power, offering a fascinating look into Cameroon's government.

Les Gouvernements de Paul Biya is a journalism project compiling data and numbers about the 299 ministers who have served under Paul Biya's regime since he became president of the Republic of Cameroon on November 6, 1982. 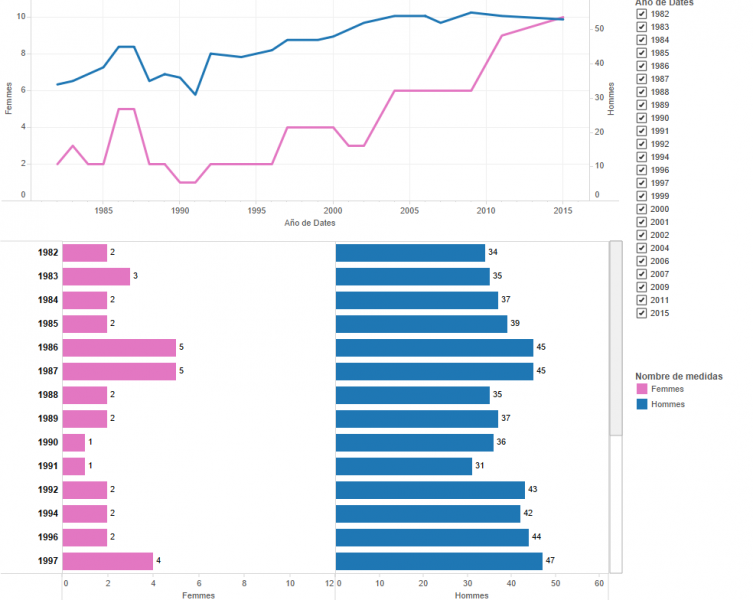 Les Gouvernements de Paul Biya offers many interpretive frameworks for the data, from the size of each government by year of reorganization, to gender parity, to the lifespan and geographical origins of high-up officials.

Project infographic (used with their permission): “What is the representation by region and department?”

As an example, according to the project, the Centre region, where President Biya's late first wife was from, has the most representatives, with 82 elected officials (28.1% of the total). Another example: No woman from the Far North has been elected since the beginning of Biya's reign.

Cameroon's Far North region, in addition to suffering attacks and damage caused by Boko Haram, has the country's lowest rate of female literacy: 17.4% compared to the national average of over 50%, according to a study conducted and published in March 2012 by the Ministry of Women's Empowerment and the Family. 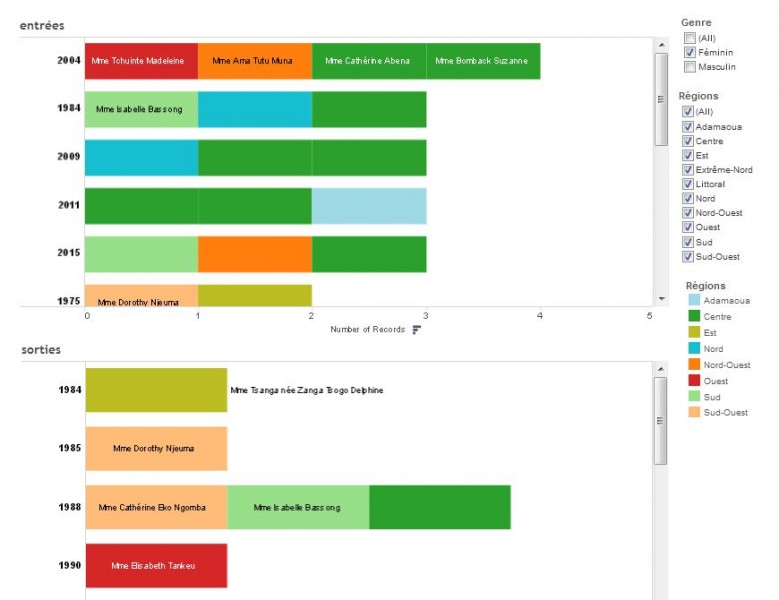 Statistics on the number of women in Biya's governments

It goes without saying, then, that this research, for which it took six months to collect and process the data, is a source that, as the website says, “can potentially provide material for rigorous analysis by journalists, hagiographers and other historians”.

Speaking of history, this data journalism project is related to Les Circuits de la Mémoire, another initiative launched through the Yes Africa foundation by young Cameroonians in search of their historical and cultural heritage. This heritage could have a real impact if young people in Cameroon make their voices heard in coming elections, especially as observers are anticipating an early election by 2018.