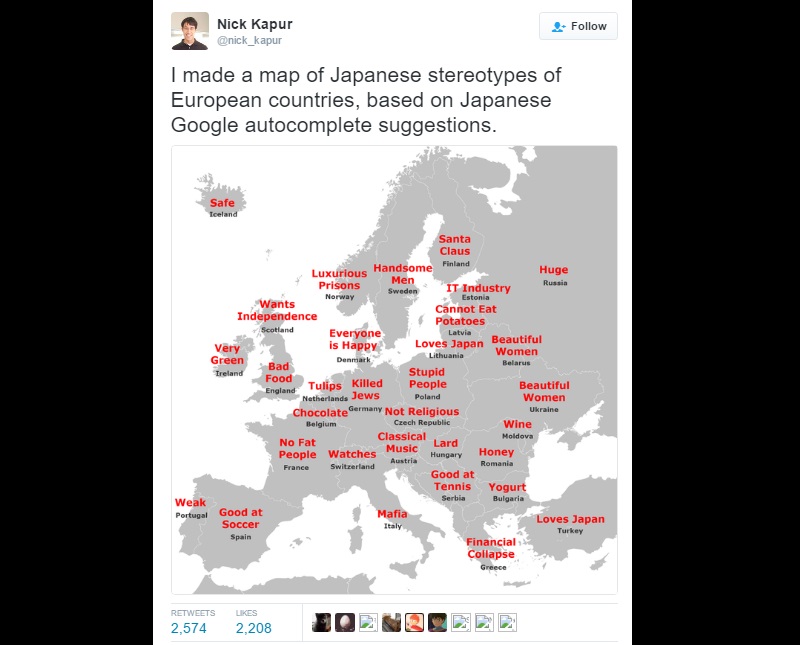 Nick Kapur, a US-based professional historian specializing in Japan, has made a map of Japanese stereotypes of European countries, based on Japanese Google autocomplete suggestions.

Not every country in Europe was represented by Japanese-language Google autocomplete:

@XENON312O @MegaMogwai I searched for Slovenia but unfortunately the autocomplete didn't return any non-tourism related results in Japanese.

Google autocomplete also delivered some mysterious results that Kapur then incorporated into his map:

@Paninodesu Yeah, I was confused by that myself, actually, but after digging around, it seems to be some sort of “polandball” reference.

Kapur's map is similar to another map from 2015 that used Baidu, China's dominant search engine, to finish half-written questions about different provinces in China.