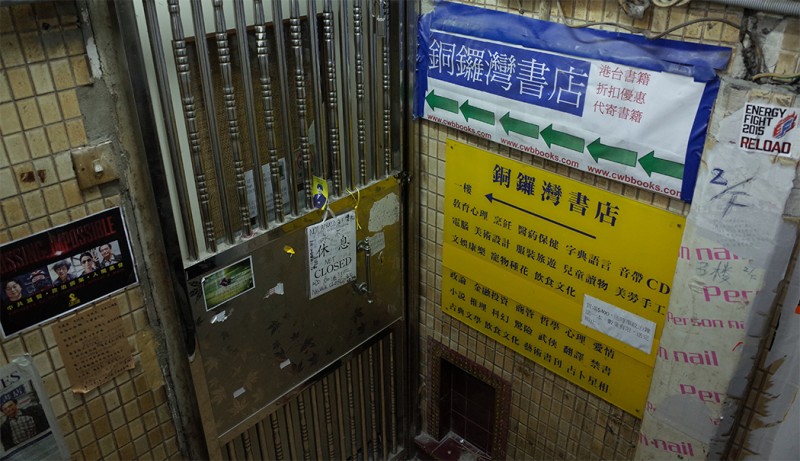 This post was written by Kris Cheng and originally published on Hong Kong Free Press on April 26, 2016 [1]. The version below is published on Global Voices under a partnership agreement.

The European Union says the missing bookseller case [2] poses the “most serious challenge” to Hong Kong’s constitutional law and the “one country, two systems” principle — the set-up in which the city comes under communist China's sovereignty, but is largely free to run its own political and economic affairs — since the UK handed the former colony of Hong Kong over to China in 1997.

In its annual report, the EU urged Beijing to restore the trust of Hong Kong residents and the international community in the arrangements concerning the city’s autonomy.

Five Hong Kong booksellers who sold gossipy titles critical of the Chinese government went missing in Thailand, China and Hong Kong in 2015 and eventually all showed up on the mainland saying they were voluntarily collaborating in an official investigation. Two of the missing people hold EU citizenship. The report said:

The case involves a serious violation of human rights and fundamental freedoms and raises grave concerns about the rule of law under the ‘one country, two systems’ principle and the mainland authorities’ application of [People's Republic of China] laws to acts carried out by Hong Kong residents on Hong Kong soil.

The yearly report was issued by the European Commission and European Union External Action Service on April 25.

It said Lee Bo, a British national who disappeared from Hong Kong, “seems to have been an abducted”:

Despite repeated requests for information and explanation by top officials of the Hong Kong [special administrative region] as well as by the EU and other members of the international community, the [People's Republic of China] authorities failed to provide any credible explanation.

It was not the first time the EU issued a statement on the incident – the first was a call [3] for investigation published in January. The European Parliament also adopted a resolution in February expressing “grave concern” [4] about the disappearances.

The EU also said in the report that it hoped Hong Kong would be able to resume the electoral reform process and reach an agreement on an election system that is democratic, fair, open and transparent:

Universal suffrage would give the government greater public support and legitimacy for its efforts to reach Hong Kong’s economic objectives and tackle social challenges, such as the socioeconomic and generational divides in Hong Kong society.

The government’s political reform package, which proposed that candidates for chief executive, as the city's top leader is called, should be vetted by a nomination committee, was voted down in June 2015 by the Legislative Council.

It also mentioned the rejection of the appointment of liberal law scholar Johannes Chan Man-mun as the pro-vice-chancellor of the University of Hong Kong by its governing council “because of his links to opposition groups”:

This practice threatens independent university governance and could in the long run harm academic freedom in Hong Kong. […] The controversy prompted calls for the removal of the Chief Executive as ex officio Chancellor of all universities in Hong Kong.

The report highlighted other challenges for Hong Kong including the difficulty in recruiting judges, the shortage of support staff in the courts and the low fees paid to lawyers in legal aid cases, especially criminal cases.

A government spokesperson told [5] local public broadcaster RTHK that the Basic Law, as Hong Kong's constitutional framework is called, and the one country, two systems principle have been working well since Hong Kong was made a special administrative region of China, and that foreign governments and legislatures should not interfere with Hong Kong’s internal affairs.