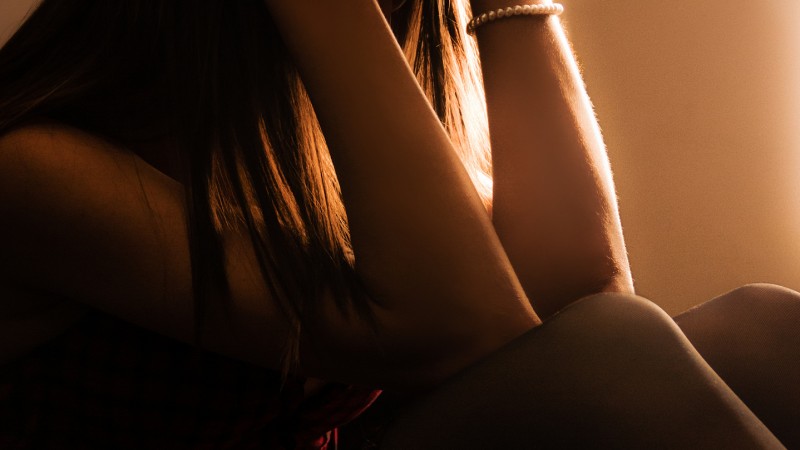 “Do not let it happen again.” Photo from the Flickr account of Pablo Fernández. Used under CC 2.0 licence.

Over the past few days, the Twitter hashtag #MiPrimerAcoso (“My First Assault”) has accumulated tweets from tens of thousands of women relating harrowing testimonies of their first – and often not their last – experiences with sexual harassment.

This conversation began on social networks in support of a nationwide protest against sexist violence, called “Vivas Nos Queremos” (“We Want Us Alive”), that was held in several cities throughout Mexico on April 24, 2012.

Online the movement hasn't been limited to people in Mexico, and women from other Latin American countries have also dared to share their painful experiences.

When and what was your first encounter with sexual harassment? Today from 2pm (Mexican time) use the hashtag #MiPrimerAcoso. We all have a story, speak out!

Asked to share stories about the first time they were sexually harassed, most women have recalled assaults that occurred in childhood. Here are some Twitter users demonstrating just how early such violence begins:

I was 12 years old. I was at the school gate waiting to enter. A guy passed by and put his hand underneath my jumper. My First Assault

My First Assault: I was 11 years old and a guy passed by on a bicycle and squeezed my breast. A lady in the street blamed me for wearing that blouse.

I was on the tram. 13 years old. The guy put his genitals on my shoulder. I stood still. I didn’t know what to do. I was disgusted and ashamed. My First Assault.

My First Assault: I was about 8 years old, I was seated on the bus and an idiot stuck his miserable penis on my arm. I was with my mother, I did not tell her.

My First Assault: About 6 years old. A man sat me on his lap and reached a hand under my dress. I moved away covertly because I was ashamed.

My First Assault: When I was 5 years old a guy, who was more than 40 years old, picked me up to hold me and then fingered my genitals underneath my dress.

My First Assault: I was 8 years old. My teenage neighbor took me to a secluded place, and pulled down my pants to touch me. I managed to escape.

Arriving and reading My First Assault tweets and almost all of them speak of shocking ages: 4, 6, 8, 11… Now say it's “because we’re provocative,” I want to see it…

For those who preferred to participate anonymously, there was also an online space on Facebook:

If you would like to speak about My First Assault anonymously send a private message to facebook.com/estereotipas/ and we will publish it from our account.

Here is one of dozens of the testimonies submitted anonymously:

Another recurring theme was the silence in which many women endure sexual harassment on an almost daily basis. Whether it is because of embarrassment, guilt, or helplessness, many women have chosen to say nothing. Others say they did speak up, but were ridiculed or not believed, and so they decided to kept further incidents to themselves, until now:

The boys at the public pool who took turns swimming past me to touch my butt while I was in the pool with my little sister, and I had no idea what to do. The guy in shabby clothes who followed me for two blocks, masturbating. The taxi driver that stopped in front of me and demanded that I get in the car. The man that cornered me on the street with his truck while I was walking home alone, until a bus rescued me. The guy who approached me at the entrance of the movie theater where I was waiting for my friends and told me: “come, you will go with me to the movie that you want.” The drugged-up kid who last Thursday screamed at me: “you’re going to like it!” while he walked fast behind me, until fortunately I arrived at the bus stop and he then began to harass other people (how lucky). The ex-boyfriend who, for many years, too many years, did with my body what he pleased every time he drank too much, and then later remembered nothing. The subtle acts of people close to me as well as people I don’t know, which make me feel uncomfortable, like I should suddenly cover up my body, or take off running. And all that I can’t even manage to remember right now. Cities that are full of death traps. Families that are full of silence. All the harassers that with small and large actions add to the layers of fear. It is not about convincing anyone that there’s a problem; it's about getting rid of the problem, starting with saying it, demarcating it, and seeing it. And I swallow my own words a little bit: while I still believe that there aren’t any universal codes with which to respond, we don’t “have to” say anything, nor are there standards for brave victims or cowardly victims. It’s true that reading what you all are saying for the first time has given me confidence to say these things so publicly, and sharing has made me feel sad for the Alejandra who was assaulted, because it shouldn't have happened, but it has also released me from a shame that should have never existed either. It’s like giving me an embrace that has been kept away for many years, which I extend to you all now. Thank you.

I have read many messages on my timeline saying the hashtag “My First Assault” is uncomfortable and challenging. Voices have been raised, many remain silent. We are more than what you see.

Many of us remain silent about sexual harassment because of shame, because we feel guilty, because society makes us feel guilty. My First Assault.

Shocked by the hashtag My First Assault. Because it is so difficult to say it, because we continue to be vulnerable, and because still there are those who mock us.

Many of the women who shared their stories wrote that their first experience with sexual harassment was at the hands of a family member, which put them in even more vulnerable situations that culminated in silence.

My First Assault: The brother of my friend would touch her while she slept, her mother didn’t believe her, her sisters did because he did the same thing to them.

[The poster reads: We live in a society that teaches women NOT TO GET RAPED instead of teaching men NOT TO RAPE.]
My first assault was at the hands of my mother’s father and I was 9 years old. I came forward when I was 25 years old and nobody believed me. My First Assault.

My First Assault was when I was 9 years old, at a family reunion. Nobody knew about it then and it hurts me very much to think that even now they wouldn’t believe me.

It is so commonplace for a woman to be violated in the streets that a prevalent theme in thousands of tweets is the feeling that sexual assault has been normalized.

My mother told me to ignore the men who stare at me as I walk down the street, because “that’s the way men are.” My First Assault.

Since we were children we have had to live with their sexist violence, their filthy looks, their catcalls and street whistling, their groping.

Growing up, since I was very little I saw how in the streets my sisters were harassed EVERY DAY. When it happened to me I thought it was normal. My First Assault.

The problem is not only My First Assault, the problem is that it happens a second a time, a third time, a fourth…until you believe that it’s normal.

Although there were those who joked about the subject or responded with misogynistic comments, there were some men who read the testimonies carefully and reflected on the disturbing reality of daily harassment against women, as well as their own role in gender violence.

Reading the stories from My First Assault, I think of all the times that we as men, from childhood, are witnesses to and normalizers of that type of violence.

Just a few days ago, three women publicly urged Mexicans not to remain silent when they are the victims of sexual crimes. Many online embraced the call, appealing for solidarity, and arguing that speaking up and supporting those who are suffering from harassment are ways to break the cycle of violence.

Many of the My First Assault stories are brutally solitary experiences in eminently public spaces. If we notice it, we must approach [the situation], we must protect each other.

First tweet: Hug your girlfriends soon. Speaking about My First Assault is very difficult for many girls because on top of it all one might feel guilty for not reacting.

Second tweet: Be kind to yourself. The girl who was 10 years old didn’t know how to react or why. The adult you are today can help herself and help others.

The testimonies of My First Assault fill me with anger but also with hope. Now we are not afraid. Now we have one another.

You can read more testimonies and reflections on Twitter at #MiPrimerAcoso (My First Assault).