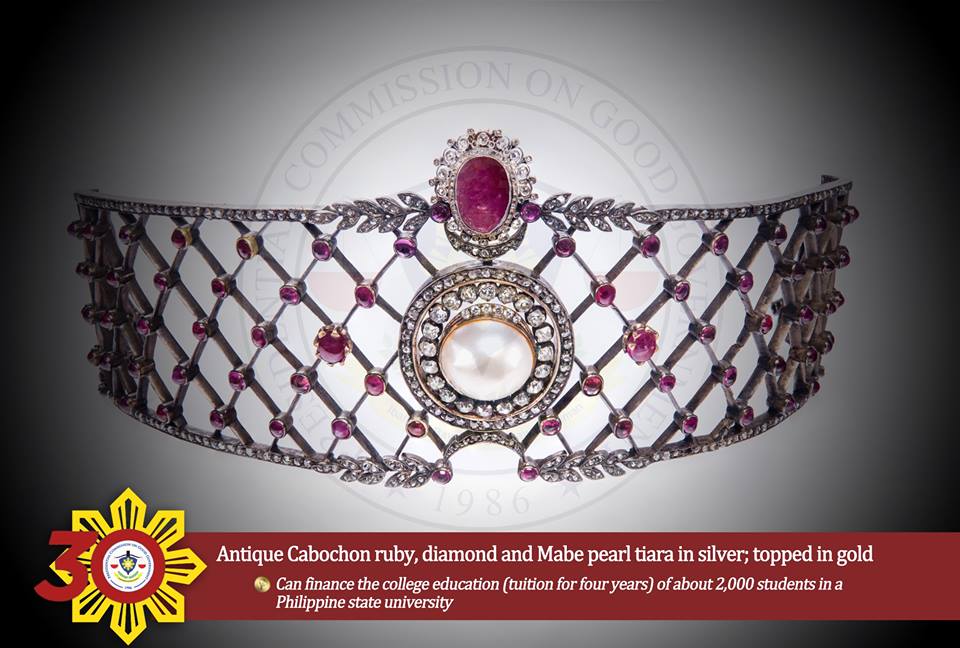 Philippine President Ferdinand Marcos ruled like a dictator for two decades until he was ousted by a peaceful ‘People Power’ uprising in 1986. He and his family fled the country and went into exile in the United States.

Upon arriving in Hawaii, US Customs seized various items from the Marcos family such as cash, bank deposit slips, paintings, and jewels which were turned over to the new Philippine government.

Marcos was accused of plundering the national treasury during his time in office. His family was also criticized for living in luxury while the majority of Filipinos suffered from extreme poverty.

Marcos’ wife, Imelda, made global headlines in 1986 after authorities discovered that her closet contained more than 1,000 pairs of shoes.

A new English word was even named after her, Imeldific, which denotes ‘ostentatious extravagance.’

To recover the ‘ill-gotten’ wealth of Marcos and his family, the Presidential Commission on Good Government (PCGG) was created in 1986. Three decades later, the agency continues to search for other Marcos family assets around the world.

As part of its mandate to educate the public about the “excesses and extravagance of the Marcoses”, the PCGG has created an online inventory of the jewels confiscated by US Customs.

Themed “Virtual Jewelry Exhibit, A Story of Excesses: What could have fuelled a nation’s development,” the online portal also provides concrete examples of how the money used to buy the jewels in the collection could have been allocated for the delivery of basic social services.

The Commission believes that it is its duty to remind Filipinos, especially the youth of the real history. Through this online exhibit of the family’s collection of diamonds, gold, even tiaras, the PCGG hopes that the youth can visualize how the Marcoses abused the government coffers, part of history which is not in the history books.

The PCGG urges the public to remember the crimes of Marcos:

These excess wealth and extravagance are the tangible reminder of the insidious evil of plunder and dictatorship during the Martial Law.

Now, this is our call: To those too young to remember, it is not yet too late to know. To those old enough to have known, it is our responsibility to remember.

There is a revived interest in the Marcos era in the Philippines because the son of the ousted dictator is currently running for vice president.

Below are the photos of the jewels uploaded by the PCGG on its social media accounts, beginning with the smallest yet most expensive piece of jewelry in the collection: the pink diamond. 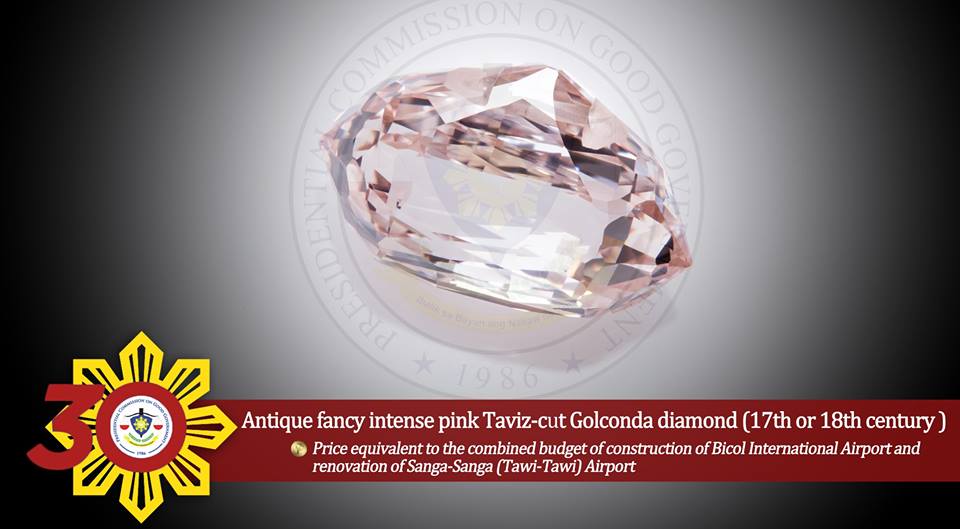 Next is an antique diamond stamped Catchpole & Williams, 510 Oxford St., London, England, circa 1890: 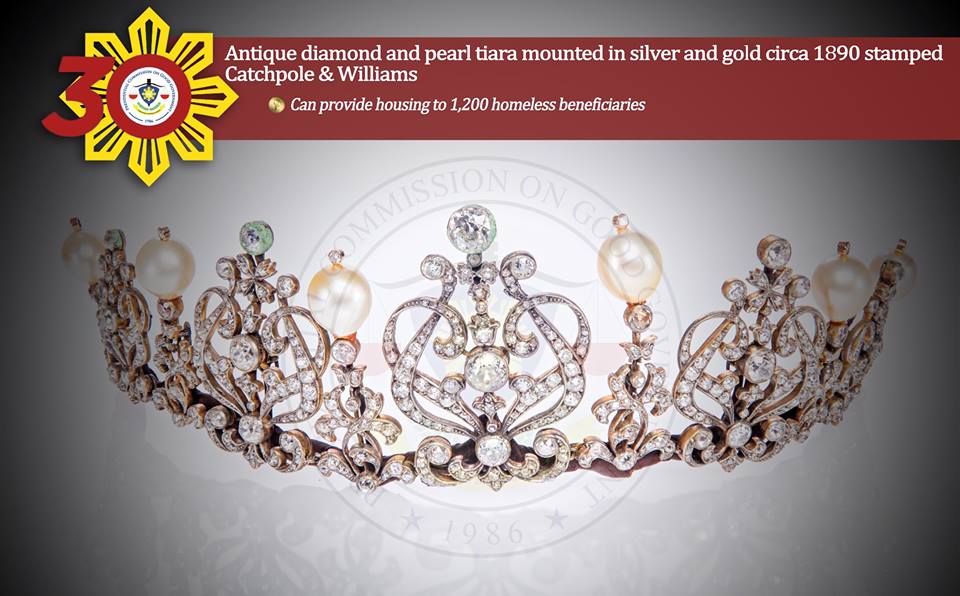 The rest of the collection valued at more than $21 million US by PCGG can be seen below: 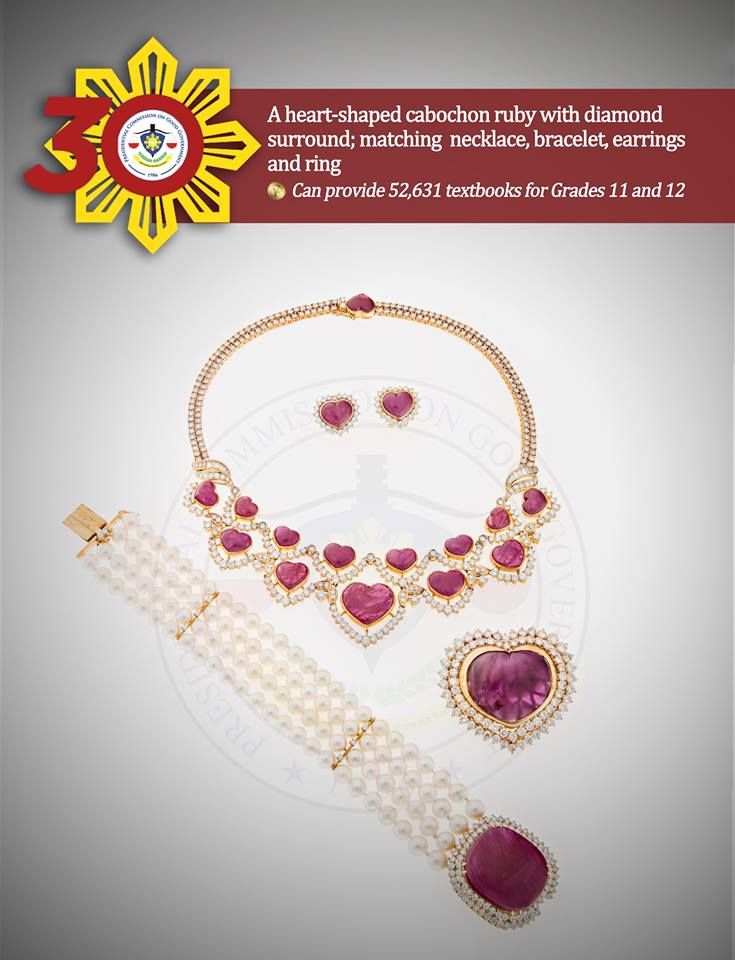 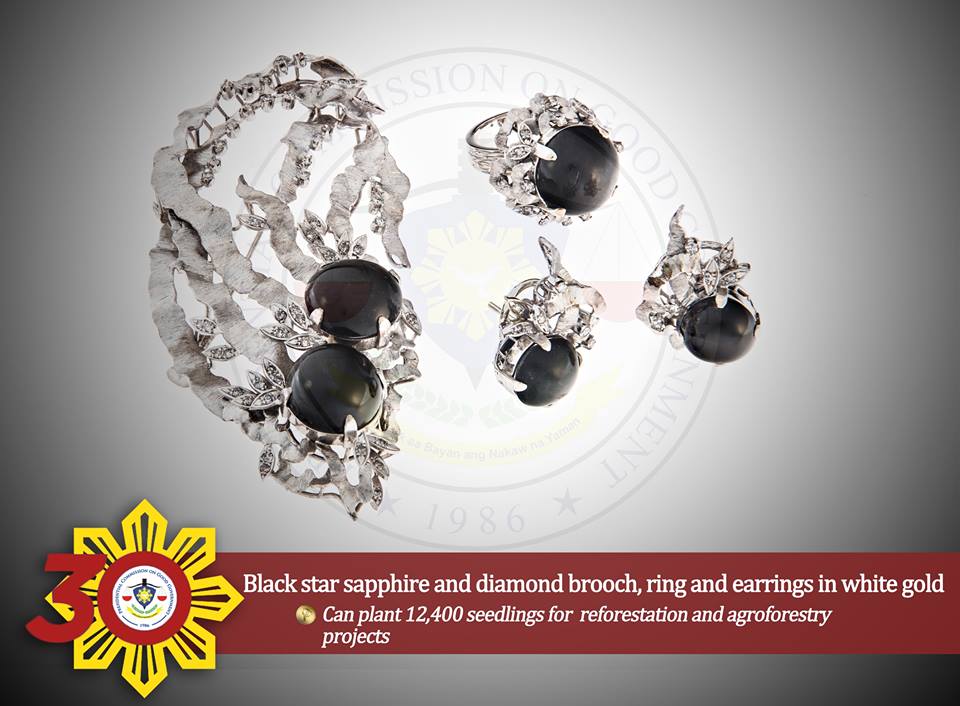 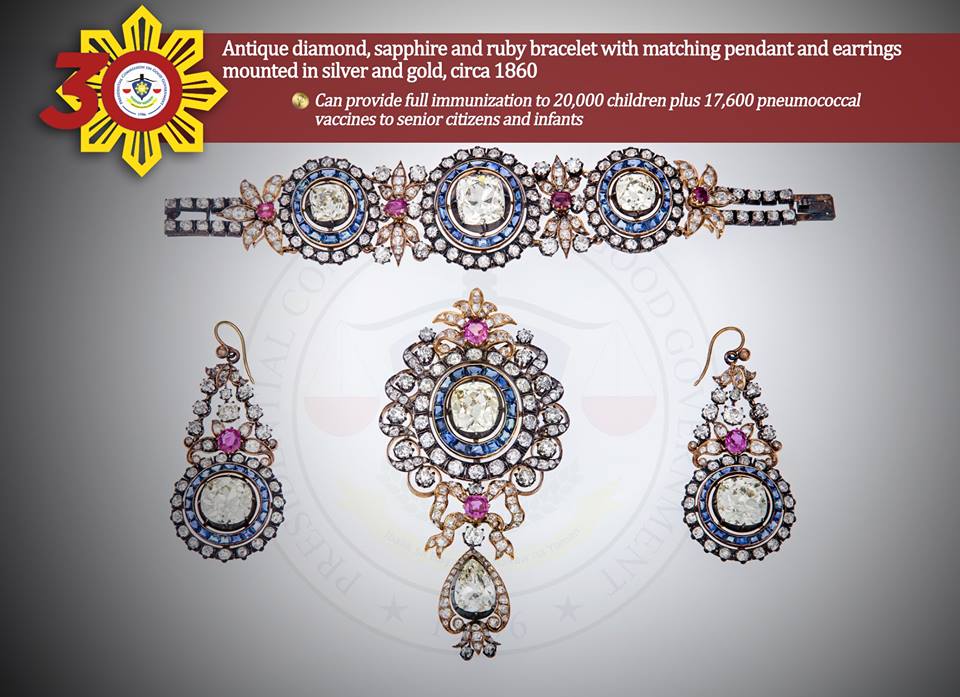 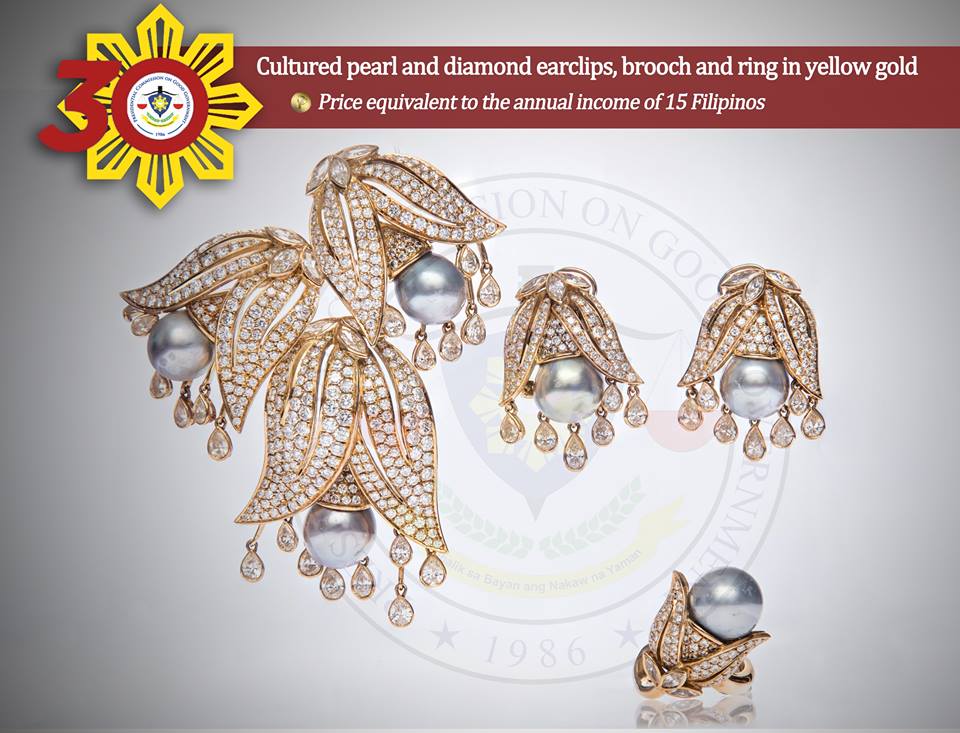 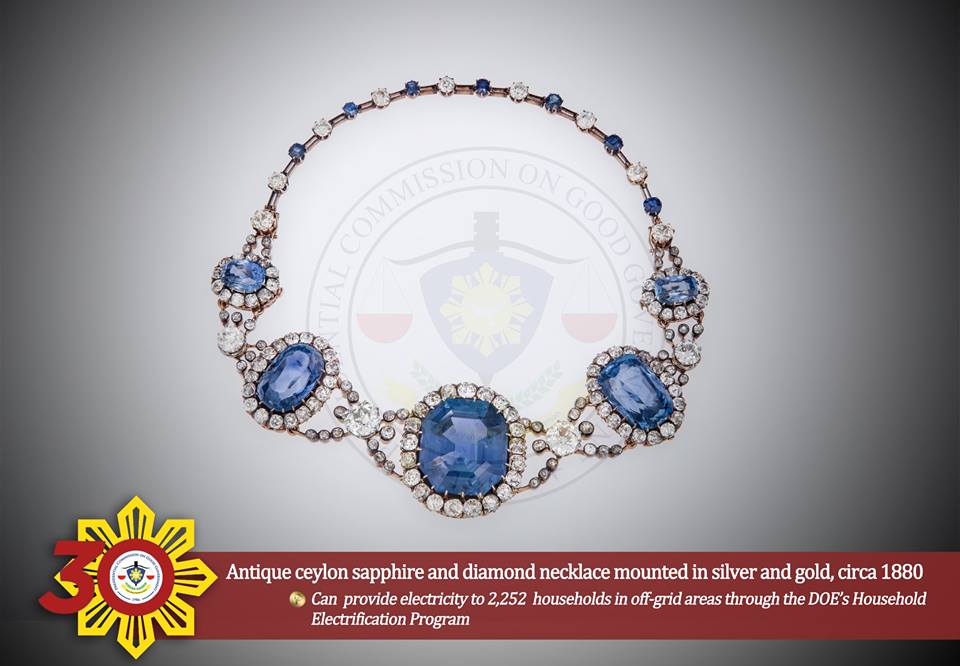 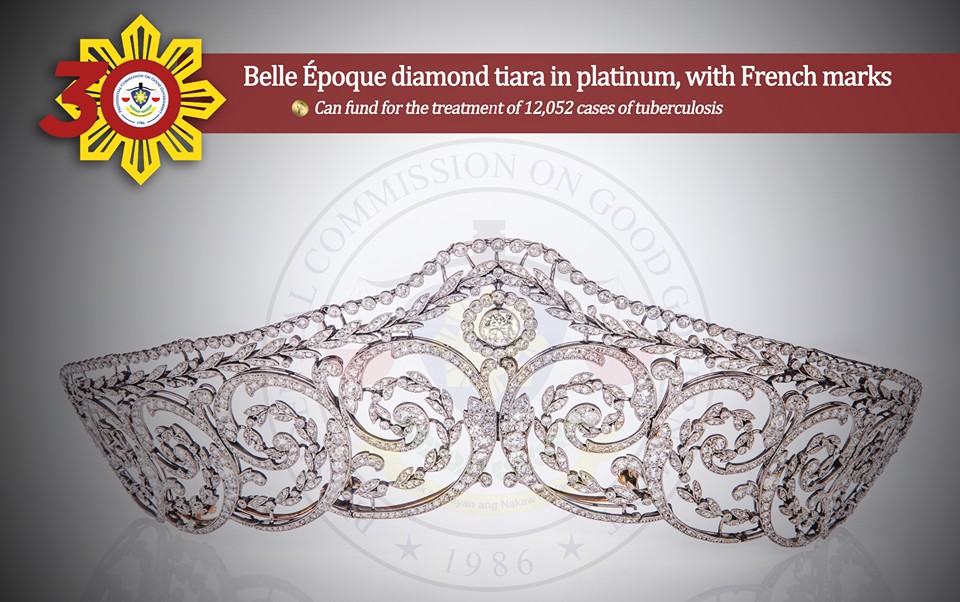 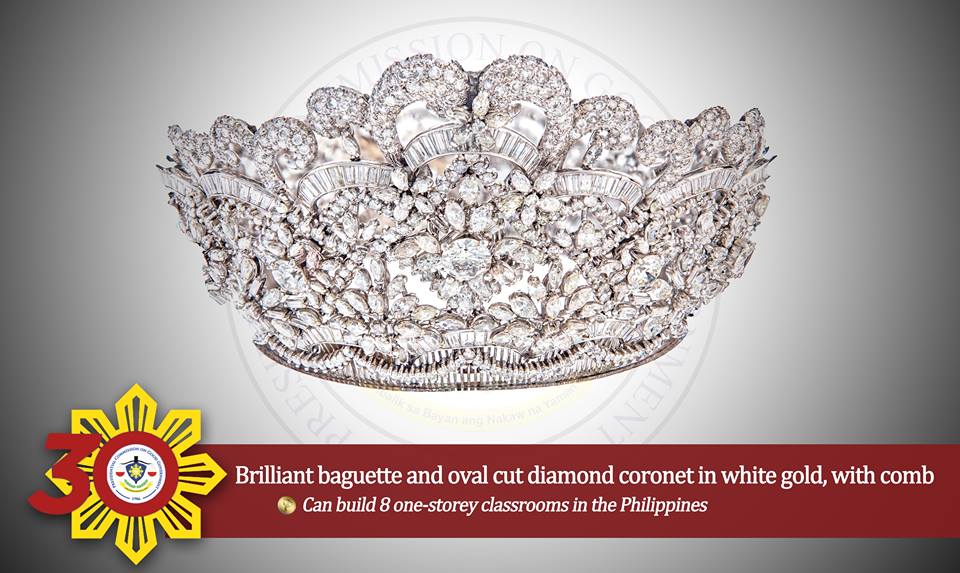 Photos of the jewels are also being displayed in schools across the country.