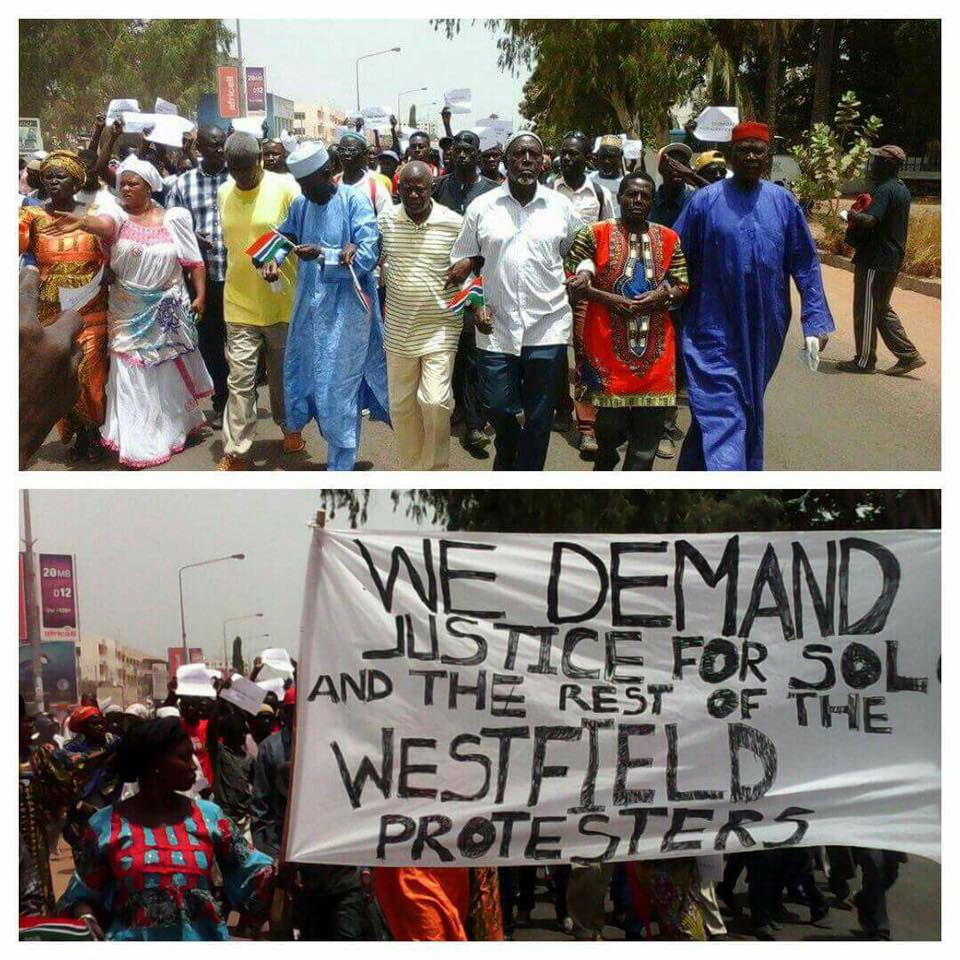 Domestic and international pressure is mounting on Gambia’s long-serving President Yahya Jammeh over his worsening human rights records. Both the United States and the United Nations have called on the government to respect the rights of citizens to peaceful protest. The calls came amid reports of deaths in detention of up to three opposition activists.

The activists had been arrested on April 14 for organising a peaceful protest calling for electoral reforms before the presidential election to be held in December 2016. They are also calling for the resignation of President Jammeh, who has been in power since 1994.

The protests began on April 14. Demonstrators want the government to enact political reforms before the presidential election, set for December. The president, Yahya Jammeh, who has been in power since a coup d’etat in 1994, is running for his fifth term in office. Opponents say that the president wants to make sure that the results of this election are predetermined. They point to many recent decisions as proof. First, a politician close to the president was recently chosen to head the electoral commission responsible for organising the elections. But that’s not all. Activists also decry the decision to increase by tenfold the fee for running a candidate – it now costs 500,000 dalasis, which is roughly equal to 10,000 euros.

The Gambia is one of two countries in West Africa without presidential term limits.

In 2015, the Economic Community of West African States (ECOWAS) wanted to introduce two-presidential-term limits across the region. The Gambia and Togo forced the 15-member bloc to drop the idea.

Jammeh claims that term-limits are set by God. In 2011 he told the BBC that he will rule for “one billion years”, if God wills it.

Ebrima Solo Sandeng, Youth President for the opposition United Democratic Party (UDP), was among more than a dozen opposition figures arrested over the election reform protest on 14 April.

Barely 24 hours after the arrest, Ebrima Solo was reportedly in a state of coma and without due medical attention.

A statement from the Spokesperson of the UN Secretary General read:

The Secretary-General learned with dismay of the death in detention in Gambia of political activist and opposition United Democratic Party (UDP) member Solo Sandeng and two fellow party members…The Secretary-General is deeply concerned about the apparent use of excessive force and the arrest and detention of peaceful demonstrators on 14 April 2016. He calls on the authorities to immediately and unconditionally release all those arrested, including UDP leader Ousainou Darboe, and uphold the rights of the Gambian people to freedom of expression and peaceful assembly.

Shortly after news of the death of Ebrima broke, the UDP leader, Ousainou Darboe, led a protest demanding the body of his party member and the unconditional release of all other detainees.

Darboe was arrested immediately and placed in detention alongside three other executive members of the UDP.

Ousainou Darboe has since been charged in court alongside 40 other protesters.

They are facing up to six charges of illegal protest, incitement of violence, unlawful assembly, holding a procession without a permit and riotously interfering with vehicles.

They have all pleaded not guilty but denied bail. Eyewitnesses say up to four members of the opposition were missing in court, raising fears about their fate.

Darboe is said to have courageously told his supporters:

#GambiaRising “Stay behind me so this way I take the first bullet” Ousainou Darboe, UDP leader arrested together with other party militants.

The tragic death in detention of Solo Sandeng must leave no space for impunity. The authorities must conduct an immediate, thorough and independent investigation

“The Gambia will always be peaceful”

In the meantime the government has defended the arrests and detentions of the protesters.

Information Minister, Sheriff Bojang told journalists that the protesters were arrested because they violated Gambian law:

Mr. Darboe is a veteran lawyer and he’s quite informed that in the Gambia just like in every other country there is something called the Public Order Act which forbids procession, street protests, meetings, and so forth without first seeking and being granted permission by the police.

For his part, President Jammeh has reportedly dismissed the opposition protests as the “instigation of instability in African countries” adding that The Gambia “will always be peaceful” on his return from Istanbul where he had been attending the 13th session of the Organisation of Islamic Cooperation (OIC).

The Chairman of the National Youth Council, Ibrahim Ceesay, was fired after he shared a post on social media calling on all youth to join a peaceful protest over the dead activist and continued detention of the activists.

Gibairu Janneh, a former secretary general of the Gambia Press Union, expressed dismay over the situation in Gambia and called on the Information Minister (his former colleague) to intercede on behalf of the protesters:

I hope the Information Minister who in 2013 stood alongside my humble self to protest against the closure of his Newspaper and for press freedom would cordially inform the Justice Minister that such provisions exist in our constitution. The information Minister at that material time joined me and all other journalists in the street because he was affected by the closure of his newspaper which was put under lock and key without due regard for the law. If he can come to the street to demonstrate his dissatisfaction with that government action, the it must be clear to him that these young protesters and the UDP members have equal rights to go onto the streets to demand electoral reform because it affects them. This is what democracy dictates.

Gambians in Dakar, Senegal and Atlanta, US and their supporters have also being organising protests against the Jammeh regime:

The opposition are calling for electoral law reform as the current legislation unfairly advantages President Jammeh.

In the meantime, calm has returned to the streets of Banjul.

However, there is still a heavy security presence on the capital's streets. Activists say that until their colleagues are released and their demands met, there will be more protests.

Jammeh is widely criticised criticised for mistreatment of journalists, opposition members and the LGBT community.

Pan African institutions such as the Banjul based African Commission on Human and Peoples Rights and Ecowas have also called for calm.

Follow tweets about the political situation in the Gambia using the hashtag #GambiaRising.