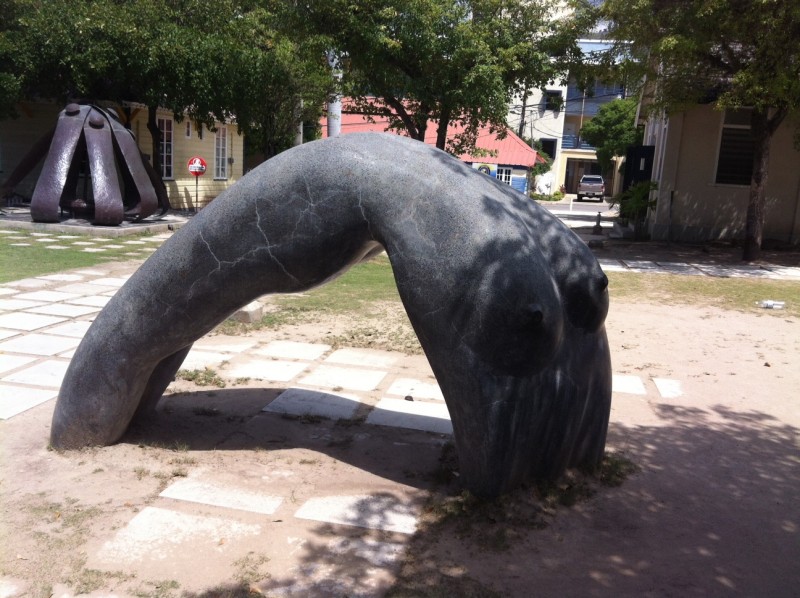 There are two topics that really get Jamaicans hot under the collar: sexuality and religion. When the two are combined, fireworks are the likely result.

The debate between fundamentalist Christian Jamaicans and those advocating for greater sexual and reproductive rights has been ongoing for the past several years, with an intensity that fluctuates with the news cycle.

Recently, the fundamentalists have “upped the ante,” perhaps seeking to catch the ear of the new political administration.

The leader of the Love March Movement Dr. Wayne West, a radiologist and Chairman of the Jamaica Coalition for a Healthy Society, often speaks of his fear of “sexual anarchy” in Jamaica, ascribing the influence of foreigners to this perceived trend.

A year ago during the visit of President Barack Obama to Jamaica, Dr. West criticized the U.S. President for attempting to “normalize” homosexuality, in his view.

Now his group has directed its gaze towards international agencies — in particular the United Nations — in relation to Comprehensive Sexuality Education (CSE).

The issue of sex education has a controversial history in Jamaica. In 2012, a firestorm erupted in the media and the general public — including among conservative Christians — over the Health and Family Life Education Curriculum for Grades 7 to 9, a pilot project.

Although the Ministry of Education, then headed by Roman Catholic deacon Reverend Ronald Thwaites, made it clear that international agencies were not involved in drafting controversial sections, it decided to remove one section immediately, and revised the Sex and Sexuality component of the curriculum.

An HIV and health educator commented at the time:

The public uproar over the health and family life education (HFLE) curriculum has done a grave disservice to a programme that addresses many of the social ills plaguing Jamaican youth.

Launched in 2012, the Love March Movement‘s Mission Statement is “to speak and act boldly, creatively and prayerfully in love to protect and restore sexual purity, marriage and family within the borders of our nation. We define marriage as a faithful, monogamous, life-long, heterosexual union. Family should ultimately be based upon the principle of marriage.”

The group currently has a petition circulating around local churches which appeals to the prime minister to keep the country's buggery law on the books. There is also another active petition dealing specifically with the issue of sex education.

In this vein, the group also arranged a public forum at the Covenant City Church in Kingston with the dramatic title: “Keep Us Free From Evil Powers: How International Agencies Are Sexualizing Our Children”. (The first part of the title is a phrase from the Jamaican National Anthem).

About 150 Jamaicans attended the meeting, including a substantial number of representatives from several civil society organizations, who took notes, sought to engage individuals on the issue and made contributions during the Q&A session.

J-FLAG and its affiliate WE-Change, representing the LGBT community; the University of the West Indies’ Model United Nations; the Jamaica Family Planning Association (FamPlan), Eve for Life Jamaica, which supports young women and children living with HIV; and the National Family Planning Board, which will be merging with the National HIV/STI Programme to form the new Sexual and Reproductive Health Authority of Jamaica, were all at the meeting.

A representative of UNICEF Jamaica was also present, although the organization was hosting its own event later that evening under its #KeepChildrenSafe campaign:

Organizations and individuals who sought to counter the Christians’ stance included the Caribbean Vulnerable Communities Coalition, who tweeted:

The Love March Movement on Facebook issued this dire warning:

Comprehensive Sexuality Education EXPOSED. Beware of partnerships with International Planned Parenthood (FamPlan is the regional division), UNFPA, UNESCO and even the WHO.
Eg. UNESCO – teaching children at age 9 about the definition and function of orgasm.
Do not be deceived. The truth is rising!

And, in a further attack on international donor agencies, it tweeted a quote at the forum from Dr. Wayne West:

Dr. W. West – The UN is firmly behind the LGBT, CSE agenda to sexualize our children.

Youth advocates also had their say. The Jamaica Youth Advocacy Network (JYAN), in a series of tweets on Comprehensive Sex Education, noted a comment by the local UNFPA office:

…but added in support of CSE:

LGBT activist Latoya Nugent shared a copy of the letter to be sent to Education Minister Ruel Reid (ironically speaking at a UNICEF event that same evening), which was circulated for signature at the event.

The letter asks the newly installed Minister to withdraw the Health and Family Life curriculum and CSE from schools:

As the debate raged, the choice of words grew increasingly important. The Love March Movement tweeted:

The redefinition of words is a key part of the LGBT Agenda. Watch out for words like “tolerance”, “diversity” and “discrimination”

The redefinition of words is a key part of the bigot agenda. Watch out for words like “love”, “morals” and “family” https://t.co/eqkPajzmr4

While the discussion was vigorous on and offline, some activists took a more conciliatory, even humorous approach. Latoya Nugent commented in her blog:

I am writing because I want us to start thinking about the way forward in a very practical, conciliatory way.

How can Sexual and Reproductive Health & Rights (SRHR) advocates and health practitioners who understand the real world and people of faith who are more preoccupied with the Bible world, reach a point of common understanding for the benefit and welfare of all?

Where can we find common ground?

On what issues do we agree in principle?

What are some possible starting points?

Following the forum I was a part of a group of about six people who were engaged in dialogue about church, Christianity, SRHR, and sexuality. It wasn’t hostile. Views were allowed to contend, even though for some time there appeared to be no common ground. Truth be told, I was really there for the fun at first, but then I recognised the value of the dialogue.

As folks shared their views including some of my young advocate friends (on whose faces I could see the pain and struggle), I realised in that moment just how draining advocacy work can be in religious spaces, and I felt their pain.

After all the heated rhetoric and emotional outbursts of recent years on sexual and reproductive rights, the largely non-confrontational forum may, after all, signify a shift towards more reasoned dialogue.

This may be less titillating in terms of media reporting, but would no doubt help to clarify many issues in the eyes of an often confused and poorly informed public.

It remains to be seen what approach the new political administration — and Education Minister Ruel Reid (a former high school principal) in particular — will take to this hot-button issue.