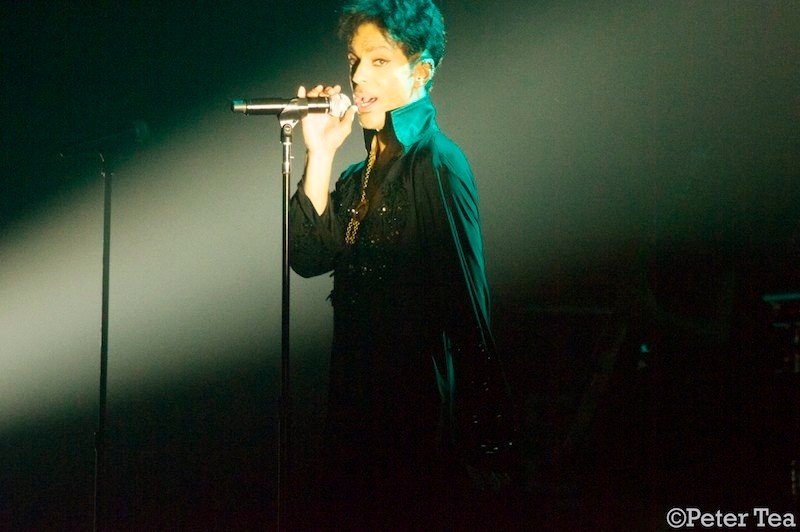 Back in January 2016, with the shock of David Bowie's passing still so fresh, it seemed inconceivable that any other international artist could affect the sensibilities of the Caribbean as much as The Thin White Duke.

Unless, of course, that artist is Prince.

News of the talented American musician's passing plunged the Caribbean blogosphere — like much of the rest of the world — into mourning and sombre remembrance.

Much like Bowie, Prince was an artistic chameleon, conquering the worlds of both music and film. Losing them both in the same year, to many, was a particularly cruel blow.

The region lovingly remembered Prince as a master musician, a compelling performer and the embodiment of all that is funky, radical and different in the world.

A seamless blend of every genre from blues to psychedelic, Prince was a musical genius, writing, singing and producing every song — and skilfully playing every instrument — on his 1978 debut album “For You”.

His risqué lyrics and electrifying live performances grew his following; a mere six years after his debut, Prince released Purple Rain — the album and the film.

His signature style soon became synonymous with Minneapolis sound. The Minnesota-born star even penned hits for other artists, including Sinead O'Connor's mega-hit, “Nothing Compares 2 U”.

Famously, in the early nineties, he announced that he was changing his name to a symbol — commonly referred to as the “Love Symbol” — in defiance of his record label, Warner Brothers, which he claimed was enslaving him through unreasonable levels of control over his creativity and earnings.

He moved to another record label, but in 2000, once again began calling himself “Prince”.

“When Doves Cried, and iTunes Went Laughing All the Way to the Bank”: A #Prince headline in search of an article. You're welcome. #PrinceRIP

let's go crazy… we gots mad love for The Artist 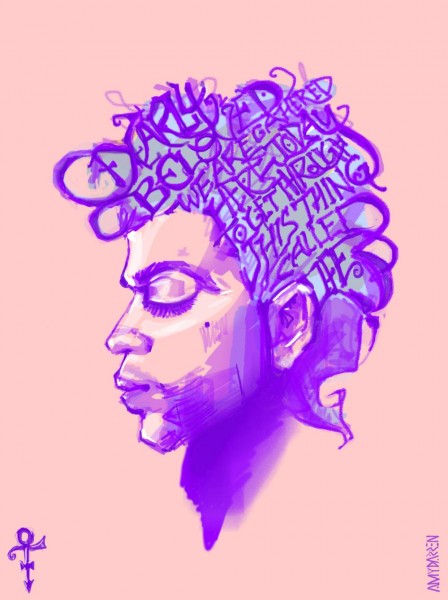 Oh Prince. So young. My heart is breaking. My whole teenage life can be summed up by Purple Rain. I dated guys that looked like you, I wanted to ride behind you on that motorbike. I wanted to meet you so badly. Thank you for the memories. ‪#‎singinheaven‬ ‪#‎restinpeace‬

Journalist Laura Dowrich-Phillips was another disciple. She posted an image of a Prince songbook that she used to keep as a teenager: 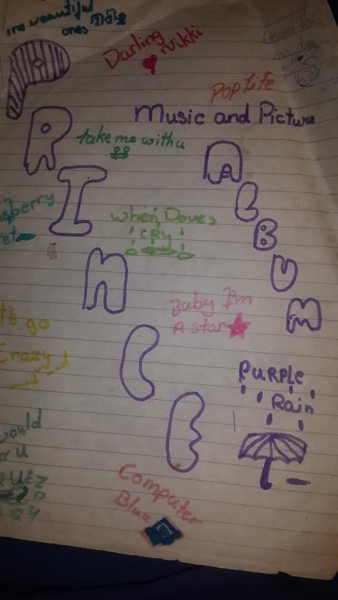 Laura Dowrich-Phillips’ record of Prince song lyrics, created when she was fifteen; used with permission.

Indeed, many netizens acknowledged that it was the way in which Prince and his music deepened their own self-discovery that made his untimely passing difficult to bear.

Many social media users at a loss for words shared the photo of The New Yorker's eloquent tribute cover: 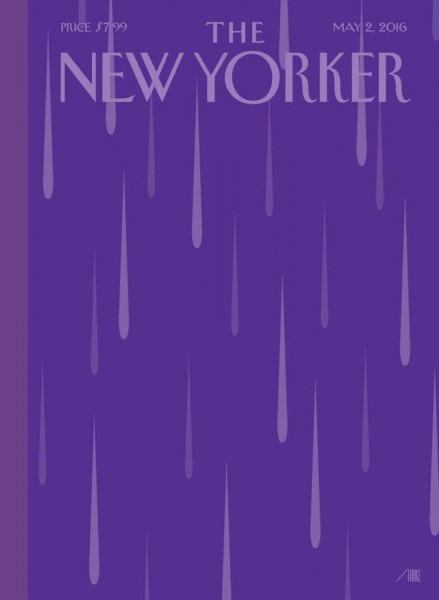 A picture says a thousand words — the cover of “The New Yorker” magazine in tribute to Prince; widely shared on Facebook.

What Prince really stood for

Others who couldn't quite express their loss turned to the words of American artist and activist Natasha Thomas-Jackson, who wrote on her blog:

And as is the case with all cultural icons, the grief is being felt in all corners, by people of all races, ethnicities, economic classes, gender expressions, etc. There is no doubt that his Purple Majesty touched people all over this world.

For me, Prince was confirmation of the heights one could reach when they weren’t afraid…to be different. Non-conforming. Confusing. Questionable. Nuanced. Hard to understand. Hard to explain. Though I was deeply appreciative of his musical genius, Prince was more of a spiritual psychopomp for me, a shining example of how to obtain the deepest form of liberation: being your damn self.

Prince's damn self was anything but ordinary and Thomas-Jackson couldn't help but note the irony of how many Prince bandwagonists are probably “unapologetically queerphobic, transphobic, homophobic, or against anyone having the audacity to live outside of [the] norms as it pertains to sexual and/or gender expression”.

This kind of intolerance for and lack of understanding regarding gender identity, sometimes takes a violent turn in Caribbean societies.

Dele Adams, who now lives in St. Kitts, showed full solidarity for what Prince stood for, however:

Going to wear assless pants and eyeliner out of respect.
I guess this is why Doves Cry. ‪#‎Prince‬

Prince showed a short black kid growing up in a very racist part of the UK that being different didn't mean you had to dim your light any.

At the time of time of publication, no information had been released regarding the cause of Prince's death despite the completion of an autopsy on his body.

To many in the region and across the world, though, the artist's life was already enshrined as legend.