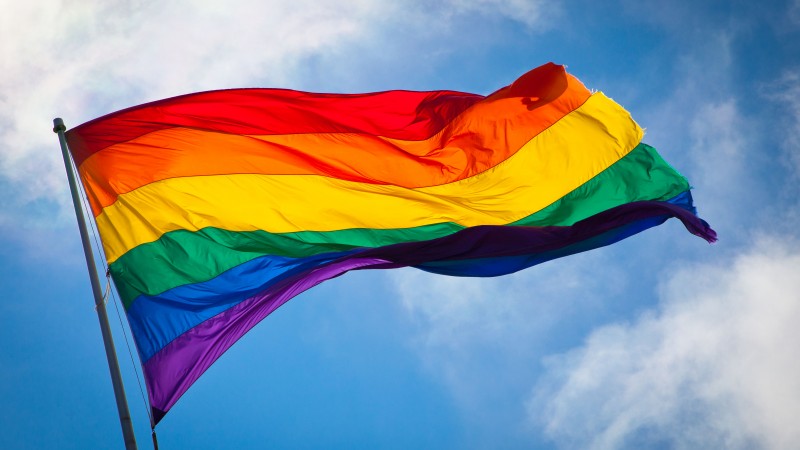 Marriage between people of the same sex has now been legally approved, but not by most of Colombian society. Photo by Wikimedia Commons, a public domain (CC BY-SA 2.0)

A gay couple [2], Fernando José Silva and Ricardo Betancourt, who have lived together for 33 years and want to get married, managed to receive legal permission from the Constitutional Court on 7 April.

This decision reformed a law that had existed since 2011, which recognised that couples of the same sex were able to form a family [3] but forbade them from getting married, a right reserved for heterosexual couples. Instead, it created a contract called a “formal union” (unión solemne, in Spanish) which gave similar rights but was not a true marriage.

Moreover, it gave Congress until June 2013 to properly regulate these unions. But Congress hasn't, and so gay couples were free to formally ask a judge or notary to approve their marriage. This lack of clarity meant that while the authorities were talking [4] of formal unions, dozens of partners were requesting a conventional marriage, although only a few [5] were successful.

This confusion has now been cleared up, thanks to the decision in favour of Silva and Betancourt. From now on, judges and notaries will have to grant civil marriage and will not be able to object based on the sexual identity of the couples. It represented one fo the last major legal battles left for the LGBT community in Colombia to win. Five months ago, they were granted the right to adopt [6] by this same court, and in the last several years they have won several other significant victories [7].

From legal struggle to social debate

Voices for and against marriage equality have not held back. Interior Minister Juan Fernando Cristo has stated, [8] “Marriage equality is a step towards a more inclusive Colombia”, while Senator Armando Benedetti, who has been unsuccessfully fighting since 2006 for legislation in favour of homosexuals, declared [9] that from now on, “The country´s notaries are legally obliged to marry any and all members of the LGBT community who ask them to”. Similarly, Leftist Senator Iván Cepeda let his satisfaction show by remarking [10] that the judgement is “an important step towards democracy”.

However, others were strongly opposed. The attorney general has said he will push for a constitutional reform [11] that forbids same-sex marriage. This then motivated Germán Rincón, a defence lawyer for the rights of this minority, to respond [12]: “The biggest losers are the radical conservatives who attack us. This is a slap in the face from the attorney, he's literally chasing us down”.

Ex-President and current Senator Álvaro Uribe also got involved. He described the decision as political rather than legal [13], claiming that the court had superceded legislators and the people. He also stated that authorities must respect “the continuation of the human species”.

For his part, Monsignor José Daniel Falla, the general secretary of the Episcopal Conference in which all of the country's Catholic bishops meet, warned, [14] “Now they can do as they please… Everything will end up like Sodom and Gomorrah”, a reference to the Biblical cities present in the Old Testament that were destroyed because of the perversions of their people. He used the hashtag #sodomaygomorra [15] (Sodom and Gomorrah), which soon was where Colombians got into a heated debate over marriage equality. The hashtag #matrimonioigualitario [16] (marriage equality) was also soon trending with 11,000 tweets, along with #GraciasCorteConstitucional [17] (Thank you, Constitutional Court).

Márgara Ortiz, for example, took a political stance and brought up other controversial decisions:

Ortiz was referring to the Constitutional Court´s decision in 2006 to decriminalise [20] abortion in three cases: when the mother's life is in danger, when the foetus is deformed or when the mother was raped. Recently, the Supreme Court of Justice established criteria to define the maximum quantity [21] of illicit drugs a person can have before it is no longer seen as “personal use”.

Others, such as Andrés Cárdens, took a religious standpoint:

Your return is close, #JESUS said that the end of days would be like #SodomandGomorrah. Our redemption is coming

Meanwhile, Twitter users like Andrés Velandia fought back, calling attention to the cases of abuse committed by the Catholic Church:

In what seems to be a response to Senator Uribe's statement that the human species is at stake, popular journalist Pirry tweeted:

Now they're saying that marriage equality is a threat to the human race. I thought it was war, starvation and inequality. Oh, how dumb we are.

A lawyer and activist for the rights of the LGBT community responded to the claims of catastrophe:

Two things to remember for those that oppose Marriage Equality: 1. It's not obligatory and 2. No one's going to ban your lifestyle.

Politician Angélica Lozano, whose girlfriend is Senator Claudia López, added her own happiness to the mix:

For her celebration, Lozano received insults. Luz Mireya Carreño supported her, responding to one such aggressive insult from a Catholic Twitter user with images that pose possibly uncomfortable questions for defenders of the Catholic Church:

Angélica Lozano's tweet: I respect other people's beliefs. You need to learn to respect those who think differently. Do you pray with that kind of language?

Image on the left: If a DNA test existed that determined if a baby would be born gay, would Christians be against or in favor of aborting it? Explain your answer.

Image on the right: Marriage equality isn't a privilege for gay people, it's equal rights. Privilege would be if gay people didn't pay taxes. Like churches.

The division is obvious, and although Colombia can now claim to be the 24th country to approve marriage between people of the same sex, this legal decision is far from having unanimous approval in society. Those against it are preparing for to fight it however they can, supported by a large percentage of the population. A survey [35] carried out by Gallup last November showed that 59% of Colombians disagree with marriage equality, while 38% support it.

There are still battles to be won. A constitutional reform could soon be presented by the attorney general that would annul the court´s decision, or there could be a referendum like the one put forward by Senator Cristiana Viviane Morales against adoption by homosexual couples [36]. The Husband and Wife Foundation (in Spanish, La Fundación Marido y Mujer) announced [37] that it will denounce the magistrates who voted in favour of marriage equality and  the ministers of the interior and of justice before the Commission of Accusations by the House of Representatives for the presumed crimes of breaching legal duty by action and omission.

Meanwhile, in spite of everything, Colombia´s LGBT community is celebrating their unexpected legal victory:

Image: Thank you, Constitutional Court. We are the 24th country. #MarriageEquality #Colombia