What Do the IPL Cricket Games Have to Do With India's Drought-Hit Farmers? 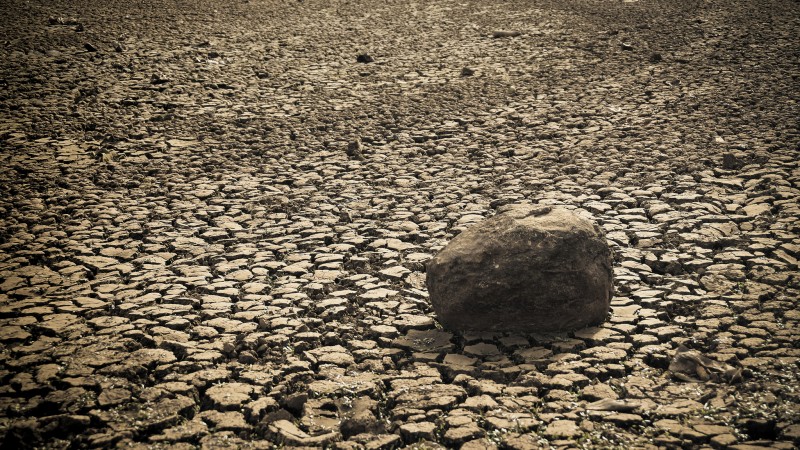 The game of cricket is like a religion in India. And the Indian Premier League (IPL), the annual domestic tournament, has millions of followers.The IPL is the most-attended cricket league in the world and ranks sixth among all sports leagues. It's a 3.2 billion dollar industry with player auctions and glamorous publicity and media-related events, promotions and shows.

The IPL games are organised by the Board of Control for Cricket in India (BCCI) and are held at stadiums across India. According to international rules, 300,000 litres of water are required for maintaining one cricket ground.

The problem is that the Indian state of Maharashtra is in the middle of a severe drought.

Rainfall has been rare the last few years and most dams have dried up. This year more than half of the 43,000 villages in the state have been declared drought-hit. In 2015 drought was declared in 14,708 villages.

That's why two non-profit organisations, the Loksatta Movement and the Foundation for Democratic Reforms, filed a Public Interest Litigation (PIL) at the Bombay High Court arguing that if the IPL followed international guidelines, a huge amount of water would be wasted in preparing fields for the matches scheduled in Maharashtra this April and May. Their petition argued that around 6 million litres of water would be needed to maintain fields in stadiums at Mumbai, Pune and Nagpur, in Maharashtra.

On April 13, the Bombay High Court ordered that all IPL matches should be shifted outside Maharashtra after April 30 because of the drought.

These recurring droughts have forced villagers to migrate to urban areas for work. The existing farmers are incurring huge debts, many of which are alarmingly leading to farmer suicides. As many as 3,228 farmers died by suicide in Maharashtra in 2015; that is almost nine farmers every day.

However, the claims of the two petitioning organisations are being contested. Academic entrepreneur V Vinay tweeted:

6. The number of 6million L is so small that is is seriously unfunny that there is a petitioner, and some high court judges debating this!

According to Vinay, the annual consumption of 175 persons in Maharashtra is 6 million litres, whereas the state has a population of about 110 million.

Akshaya Mishra at the Firstpost writes:

The concern for the suffering people in drought-hit regions is genuine, but the solution to it appears a knee-jerk one. In IPL we seem to have discovered the villain we all need to target our anger against. It appears silly, at best an escapist approach to a massive humanitarian problem. It’s sillier that people would come up with ‘conscience’ and ‘morality’ tests over it.

Renowned journalist and columnist Rajdeep Sardesai writes on his own blog:

To target the IPL or the BCCI for a serious water crisis is typical of how we trivialise grave issues. Moving cricket matches out of Maharashtra will have zero impact on the state’s drought prone belt: It is misplaced tokenism designed to grab headlines but makes no difference to the lives of water starved millions.

Cricketers are saying that shifting IPL will not solve the drought problem:

If not having #IPL will solve drought problem, then we should stop playing cricket: Dravid https://t.co/Y5dfDCXIna pic.twitter.com/uMUdFYfXpa

Shifting IPL 9 matches not solution to drought: Dhoni: Amid the furore over holding IPL matches in drought-hit… https://t.co/MMAjShS0oc

Some Twitter users are suggesting ways the IPL could help drought victims:

Can the #BCCI and the government think of donating ‘x’ percent of the total IPL revenue to the drought victims?#justathought

A hashtag titled #IPL4DroughtVictims started trending where people suggested that the profits from IPL games should be donated to the drought victims.

The plight of our poor farmers amid drought. And we're spending millions on #IPL & water 4 the same. How sorrowful! https://t.co/CARUKB3qHL

The drought-hit farmers need reforms, crop failure insurance, income guarantee and a favourable credit structure. Basically, schemes that will enable them to live a secured life.

Ayushman Jamwal claims on the New18 blog that the IPL is a scapegoat for the drought crisis:

Maharashtra has faced drought and farmer suicides, highlighting the systemic failure of the state administrations to tackle a recurring problem. [..]

The court drama and media coverage has emerged as nothing more than moralistic outrage dragging a usual suspect to the middle of the stage.

This case has proven that even the ‘wisdom’ of the courts can fall prey to loud and ridiculous narratives, which repeatedly dominate the public sphere. Political parties, advocacy groups and media organisations push a narrative and someone wins, but the poor farmer in Maharashtra still loses.