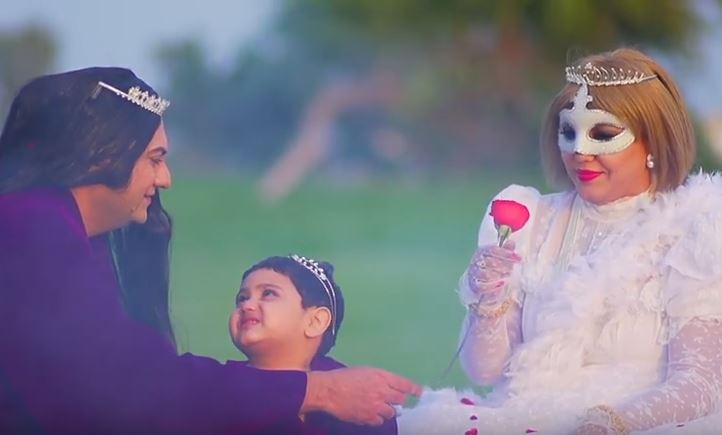 In 2013, Taher Shah released his quirky and outlandish debut song ‘Eye to Eye’. The low budget video went viral in Pakistan, generating endless memes. It took the Pakistani singing sensation three years to grow wings and make a comeback with his “Angel” song.

The video opens in a picturesque meadow with a rainbow. Taher frequently changes outfits and wears tiaras over his signature long black hair, adorns flowing velvet gowns, studded brooches, hair wigs, coloured contact lenses, and masquerade masks. He walks around with what seems to be his angel family. There are some incomprehensible English lyrics and some off-tune singing.

But that isn't what Taher is about. He is creating viral art. Art that is reappropriated and takes a life of its own on the internet. His video was viewed 2 million times in two days, topped Twitter trends in Pakistan and across the border in India, and has inspired endless viral memes and videos.

In this video, one of Pakistan's top singers Ali Zafar takes on Taher Shah's Angel. The video has over 100K views on YouTube, and more than 90K on Facebook.

And then there's a heavy metal version, which has been widely shared on Facebook.

Taher is not the only Pakistani to be operating in this space. In 2011, Pakistan found its very first YouTube star in AwaisLovely, a young man from one of Pakistan's smaller cities Sialkot. Within a short time, Awais’ amateur dancing videos and conversations about his city and romance mixed with epic music became a viral hit among the country’s internet population.

AwaisLovely generated lots of memes and probably would've taken his fandom to some heights, if YouTube wasn't banned in the country in 2012.

And then there is Qandeel Baloch, a Pakistani entertainer who has taken social media by storm for uploading videos on Facebook about her daily routine and her take on politics at home and in India, usually while sprawled on a bed in clothes that are considered risqué by Pakistani standards. Sometimes she just uploads videos of herself in a hot tub or hilarious edited videos of herself created using third-party apps.  She also reposts mixes or memes of her videos and has embraced viral culture completely. Agence France-Presse has called her Pakistan's Kim Kardashian. Her Facebook page has close to half a million fans. 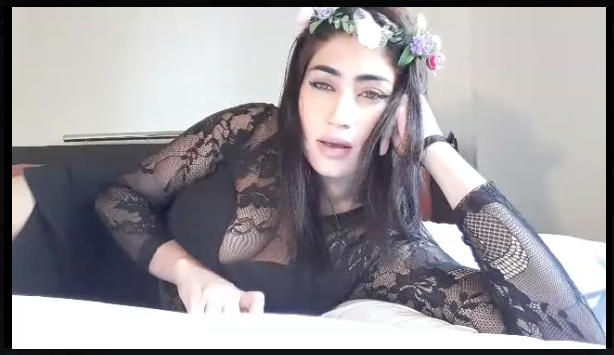 Screenshot of Qandeel Baloch from her official Facebook page

Not just in Pakistan

Shah, Qandeel and AwaisLovely are part of a larger global phenomenon. 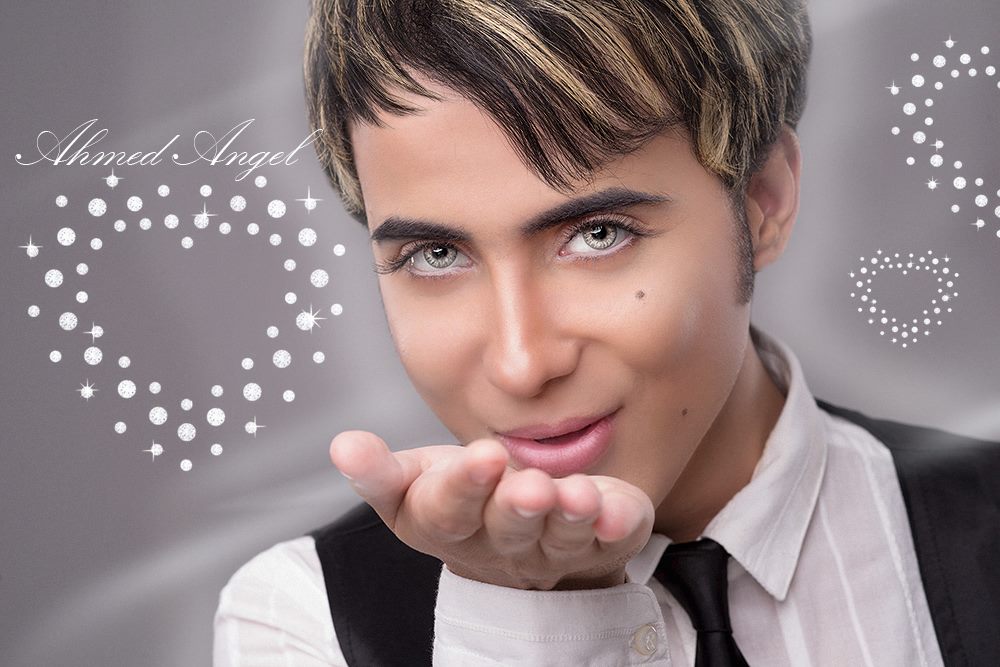 Originally from Iraq, Ahmed is studying medicine in Belarus. He uploads highly stylized photo shoots of himself on Facebook and has thousands of fans. BuzzFeed even did a profile on him in 2014.

Like Awais, Taher, Qandeel, Ahmed’s fans often make tribute memes of him, like the one below created by Ali Gee. 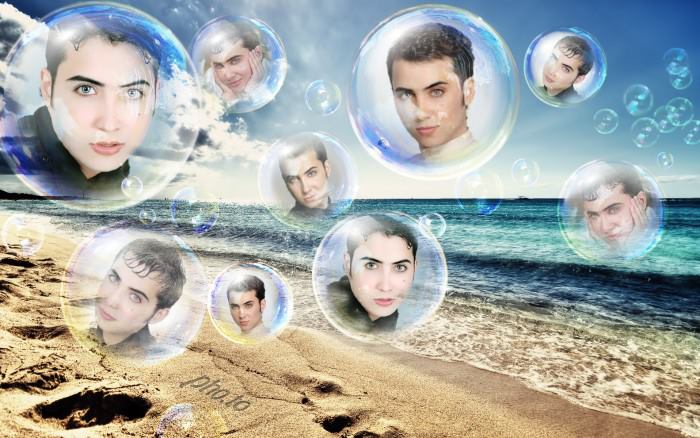 Unlike Shah, however, Angel has no upcoming videos or songs planned:

It will make me even more famous (extra fame), it will ruin my life and I do not live a normal life like everyone else because of the fame.

He's an Internet sensation nevertheless. But in terms of numbers, speed and spread of virality, Taher Shah seems to have really cracked the viral formula.

Making of a Pakistani viral sensation

In the first sneak peek of his soon-to-be-viral hit video, Shah, without revealing his face, posed as an angel holding a rainbow, with both his arms spread out.

Shortly afterwards, the official countdown to the video's release date began, with this ethereal image:

Shah thrives on suspense. To build the curiosity of his fans, he posted various images of himself on Twitter that revealed only his profile — and followed these up with a promise that the “biggest surprise” was on its way, referring to his song as an invention:

In Upcoming Four Days My Biggest Surprise Will Reveal on April 8th And I Am Sure Insha ALLAH Worldwide Fans Will Love The New Invented Song.

A day prior to the video's launch, the angel finally revealed his look:

With the release scheduled for April 8, the singer posted the video on Facebook close to midnight — which immediately kicked off social media excitement not only in Pakistan, but across India and beyond — #TaherShah trended on Twitter at the top spot in both countries, with over 15,000 tweets. Worldwide statistics, report that the hashtag trended at number three. He posted  Angel's lyrics on his official website and offered an explanation about the song's “ideology” on his blog. Even his Twitter bio now confirms — in all caps — that he's an angel.

In Shah's own words, his latest song has received at least 2 million “official views”; he informed his “angelic fans” of the good news via a tweet:

The *ANGEL* Song Received Till Yet Over 2 Million Official Views Within
Just 48 Hours.

According to Shah's website, he is the recipient of an “Achievement Award” and a “Prestige Song Winner Award”, and is also a “Gold Medalist with 3 world [record] title[s]”. His next endeavour? To launch a TV channel. In his latest television interview, the singer mentioned that he is working on a Hollywood movie and has been receiving offers from Bollywood.

While not everyone is a fan, people cannot seem to stop talking about Shah's latest release — and even in the face of criticism, the singer, like other viral sensations, appears to take the feedback in stride:

Gratitude To All Worldwide Fans True Love & Affection as their appreciation makes the *ANGEL* song a phenomenal Blockbuster
hit of 2016.

Just like Shah's previous offering — this video has many in fits of laughter:

Pakistan doesn't need nuclear weapons they can just drop this purple bomb on us #TaherShahpic.twitter.com/uSo2LfDF7s

marked self safe on fb after watching taher shah's angel.

While many people are definitely listening to the song, not all of them are “Liking” it. On YouTube, the number of “thumbs down” votes considerably outnumbered the “thumbs up” for “Angel”; and on Facebook, the barbs and disparaging comments also appeared to be more prevalent than the compliments.

But as some Internet users have said, perhaps the likes of Shah, Qandeel, Awais Lovely and Ahmed Angel are ahead of their times.

Taher Shah is so positive and confident. Unbelievable, he's a true angel. Stupid mankind. Hes not for this time.