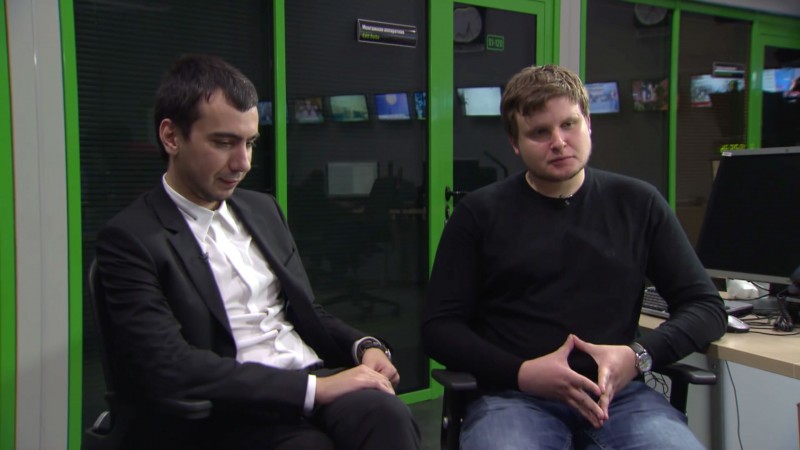 Vladimir Kuznetsov and Alexey Stolyarov, better known as “Vovan and Lexus,” are the Jerky Boys of Russia—a pair of pranksters who have achieved national fame for crank-calling celebrities and politicians, often in ways that embarrass the Kremlin’s adversaries. They’ve fooled Ukrainian officials, Turkish President Recep Erdoğan, The New York Times, and even Elton John. Last week, they announced that they’re getting their own show on network television. Vovan and Lexus have always denied any formal connection to the Putin regime, but this hasn’t discouraged speculation (particularly among the Kremlin’s critics) that the two are secretly employed by the Russian state.

In an article published on April 11, Elena Milchanovska, a reporter at the newspaper Sobesednik, says she’s proved that Vovan and Lexus haven’t worked for the Kremlin or the police in the past, though she says they’d be willing to, if the authorities reached out. Milchanovska says she knows this because she posed as a Kremlin staffer and successfully hired them to prank Recep Erdoğan.

Milchanovska is perhaps best known for a three-minute-long question she asked Vladimir Putin in 2013 at the president’s annual press conference. (Holding a teddy bear and rambling into a microphone, Milchanovska told Putin that she loved him platonically, and credited him with helping her find a husband.) She made headlines again in 2014, when she managed to take a terrifically awkward selfie with Prime Minister Dmitry Medvedev, who was suffering from a cold at the time.

Like Milchanovska’s reputation as a journalist, her report about Vovan and Lexus is strange and slightly embarrassing. She says she managed to “prank the pranksters” by posing as an employee in the Presidential Administration. Milchanovska says she first called Lexus (Alexey Stolyarov) from a mobile phone, but he insisted on receiving a call from her work phone, which he presumably expected to show the appropriate telephone prefix. “My head worked more quickly than ever before,” Milchanovska writes, claiming that she found a security guard at the Moscow Conservatory, who apparently allowed her to use his phone to speak to Lexus. She says this went on for several days, until Lexus asked for a meeting at the Presidential Administration building. Milchanovska says she then invited Lexus to a public tour, where she posed as a staffer and staged an excursion for him, somehow managing to avoid the suspicions of the real tour guides.

Finally, the two left for a cafe, where Milchanovska says she checked Lexus’ identification documents and told him that the government wanted to hire him and his partner for some “internal work,” saying it wouldn’t be meant for public dissemination. She says she conveyed the Kremlin’s offer on a napkin. (“I’d always wanted to do it like that, just like in a movie!” she writes.) She suggested 50,000 rubles ($750) for a single prank, but Lexus said he couldn’t do it for any less than 200,000 rubles ($3,000), according to Milchanovska.

In the end, Milchanovska says Lexus refused to prank call Edward Snowden, refusing to believe that the Kremlin was having problems controlling him. Instead, Lexus said unexpectedly that he was interested in running for a seat in the State Duma. She says he did agree to prank call Erdoğan, however, with the aim of determining his true willingness to seek an end to the current hostilities between Moscow and Ankara.

Milchanovska ends the story by arguing that her experiment amounts to proof that Vovan and Lexus have never worked for the Kremlin or the police. “They’ve never even been inside the building at Staraya Square,” she says, referring to the Presidential Administration’s headquarters in Moscow. “But maybe after my prank, the Kremlin will hire them for real,” she jokes.

Though Milchanovska’s story was published on April 11, few noticed it until April 18, when the text started making waves on Facebook, according to the website TJournal.ru. On April 18, Milchanovska gave a radio interview, where she claimed that Vovan and Lexus perhaps still believe she works for the president, despite the article in Sobesednik. “Even if they’ve read this text, maybe they think it was some kind of information leak, and they’ll go on believing only me, and they’ll continue working for me,” Milchanovska told Govorit Moskva radio.

Milchanovska appears to have miscalculated, however. TJournal managed to contact Vovan (Vladimir Kuznetsov), who denied that any meeting ever took place. He also shared an audiotape with TJournal, recorded during a phone conversation with Milchanovska, where the journalist begged him not to reveal that the whole story is fake.