One Trinidadian Gymnast's Olympic Dream Is Killed, While Another's Is Born

The sport of gymnastics, so beautiful to watch, is, sadly, no stranger to ugly goings-on off the floor. That has certainly been the case with Trinidad and Tobago's gymnastics fraternity in the cut-throat lead-up to the 2016 Rio Olympics Test Event, which began in Brazil on April 13, 2016, and ends today. Local sports fans expected to see the Trinidad and Tobago Gymnastics Federation‘s (TTGF) pick for Rio, Thema Williams, shine at the event — but the story had an unexpected ending.

The furore began when topless photos of the twin-island republic's two main contenders for the Olympic spot — Thema Williams and Marisa Dick — turned up online. An anonymous source reported them to the TTGF, the sport's governing body at national level, and the two gymnasts were placed before a disciplinary committee. All of a sudden the Olympic dreams of both athletes — Trinidad-born Williams, who has the higher ranking, and Canada-born Dick — hung in the balance. Although there were many sub-plots in the drama (Dick, for instance, was being criticised for not being “fully Trinidadian”, though her mother is a national), the local blogosphere came out in full support of both young women, admonishing the TTGF for body policing.

The controversy worsened thanks to the TTGF's tardiness in making a decision as to which of the two gymnasts would represent the country at the Test Event. On March 15, 2016, the TTGF finally announced that Williams was its pick for Rio, though the athlete's attorney cautioned that the standoff between his client and the federation over the disciplinary matter had still not been settled.

Even so, Williams had been confirmed as the country's Olympic representative. She went to Rio, but got pulled at the last minute. Dick was called in to represent Trinidad and Tobago instead. Wired868 announced the shocking news:

Trinidad and Tobago gymnast Thema Williams’ dream of representing her country are now in the hands of her attorneys, after the Trinidad and Tobago Gymnastics Federation (TTGF) removed her as the country’s athlete for the 2016 Rio Olympics Test event with just hours to go.

The TTGF decision, which was revealed via a press statement, was allegedly taken as a result of the 20-year-old Williams’ supposedly substandard performances in training.

Marisa Dick, the TTGF’s alternative, will fly in to Rio to take her place.

Legal wrangling to try and overturn the TTGF's decision was in vain:

Statement of Appeal filed by @ThemaY_Williams Attorney Keith Scotland on behalf of the athlete pic.twitter.com/UqS47y68Qm

Williams’ lawyers did, however, call the TTGF's decision “irrational”, “illegal” and “null and void”.

Williams displayed strength and resilience on Twitter, buoyed by the support of her fans:

What's bad for my heart is good for my art. I'll be alright. ☺️ pic.twitter.com/cZyqoKxdUJ

@ThemaY_Williams Sorry you got so close, yet so far away again. All this means is He has even greater in store for you! Much love. ❤️

Meanwhile, the President of the Trinidad and Tobago Olympic Committee (TTOC), Brian Lewis, made it clear that his organisation had no power to influence a change of heart: “the matter appears to be between the TTGF and its global governing body, the International Gymnastics Federation (FIG)”. After Dick competed in Rio, however, he posted this tweet:

As long as people understand its @TTOlympic that has the final say in respect of #TeamTTO selection for the Olympic Games. Plain talk.

The TTGF seems secure in its stance, maintaining that there was a clause in the contract that made it possible to remove Williams if her fitness was called into question:

In accordance with the athlete agreement, both gymnasts must submit a medical report/clearance to compete, in the weeks leading up to the Test Event—to ensure their continued fitness […] In his 2016 January to March monthly reports, Williams’ coach John Geddert advised the Federation that the young gymnast has not yet been able to train landings because of a knee injury.

Her coach subsequently stated that “portions of [his] report were blown out of context and exaggerated”, but the TTGF defended its decision, saying that it needed to “do what is best for the country, which is to give us the best chance to qualify for the Olympic Games.” 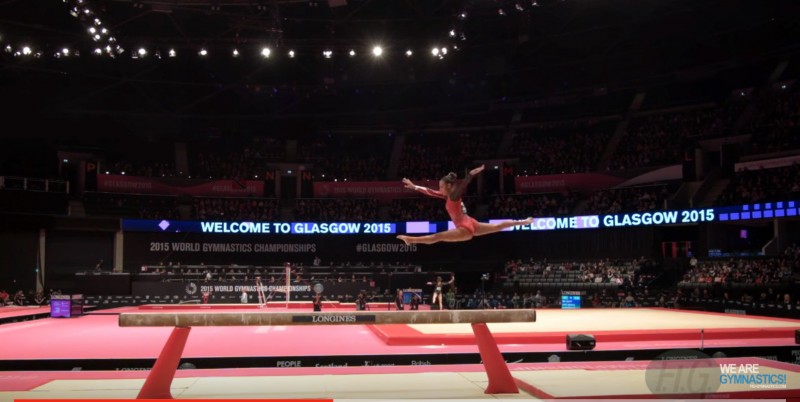 That chance, in the form of Marisa Dick, succeeded in making history for Trinidad and Tobago by securing “the country’s first ever artistic gymnastics spot at an Olympic Games”:

Dick’s scores, according to a local gymnastics source, were not outstanding. But neither was anyone else’s at the Rio venue that has been heavily criticised by the competitors so far.

‘The scores are much lower (from everyone) than they would normally be in this type of tournament,’ said the gymnastics insider […] ‘Otherwise, it was fair. She came and did her best. It was better than having nobody there.’

That justification has not stopped the outrage in the Trinidad and Tobago blogosphere. When local radio personality Sophie Wight called the TTGF treasurer to voice her disgust over the decision, the treasurer's response was allegedly “‘I don’t care, I didn’t kill nobody”. Several Facebook users’ response to that statement was that she might have killed a young gymnast's Olympic dreams.

Satirical website The Late O'Clock News pulled no punches in its assessment of the situation:

The Trinidad & Tobago Gymnastics Federation (TTGF) has made a public statement affirming its love for Dick.

In a press release issued early Monday morning, the federation reiterated its disdain for exposed breasts but made it clear that Dick excites them quite a bit.

Wired868 revealed a slew of inconsistencies surrounding the TTGF's decision, including the damning report of Williams’ coach, John Geddert, which no doubt contributed to the TTGF making the call to replace her. Geddert was also allegedly unavailable when the TTGF attempted to reach him for clarification about his request to be flown out of Rio three days ahead of his scheduled departure date for personal reasons, without ever having acknowledged the TTGF's query about Williams’ fitness. When Geddert eventually did respond, the legal deadline for challenging the decision had already passed.

Geddert says he never received the TTGF's calls and has since accused the TTGF of “breaching its contract with Williams, twisting information to justify malicious intent against the athlete and risking the health of her alternate Marisa Dick.”

Somewhere within either the TTGF or Williams’ camp lies culpability for adversely affecting Trinidad and Tobago’s chance for gymnastic history.