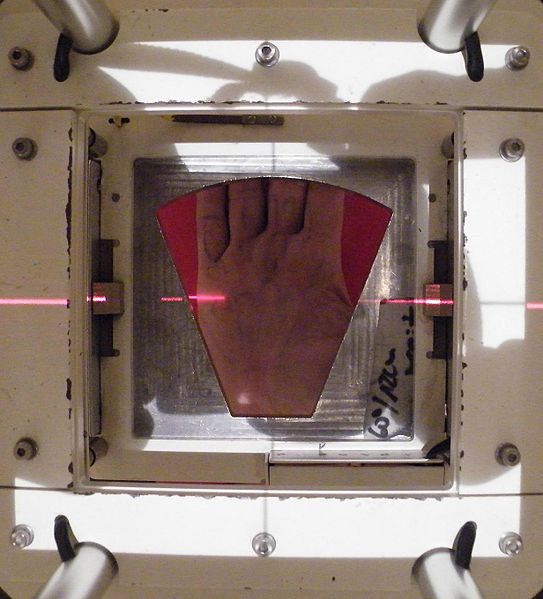 A photo of a radiotherapy machine by Prof Seegensmiedt. Released under Creative Commons.

There is an outrage on social media in Uganda following the breakdown of the country's only radiotherapy machine for cancer treatment at Mulago National Referral Hospital. The machine, which was secondhand, was donated in 1995. According to the Uganda Cancer Institute, it used to serve over 27,000 patients every year, but is now beyond repair. Patients may have to wait for two years before they can get treatment.

The Daily Monitor newspaper broke the news of the broken radiotherapy machine at the national referral hospital:

The only radiotherapy machine at the cancer treatment facility in Uganda breaks down. Nairobi only option left. #SaveMulago

Many Ugandans slammed what they saw as misplaced government priorities and a broken healthcare system. Recently, the Minister of Ethics and Integrity said that the Ugandan government plans to purchase an expensive detector to block those who visit pornographic sites. The Red Pepper, a Ugandan tabloid, reported that:

The detector is intended to be installed on cell phones, television sets as well as computers. “We want telecom companies to have ‘software filters’ which can track and block public access to ‘pornographic material’. In countries like China, Korea and Rwanda, this software is successful.

A section of Ugandans argued that it was more ethical to buy a radiotherapy machine than a pornography detecting machine.

Abed Bwanika, a former presidential candidate in the 2016 elections, said:

Why buy a 2bn phonography detecting machine when @WhatsApp is has implemented end to end encryption, don't waste our money #SaveMulago

WhatsApp recently introduced end-to-end encryption on its platform, which secures users’ communications so that only the sender and receiver can see the content of a message. This means that WhatsApp employees aren't able to read the content of messages that users send over its service, making it impossible for the company to disclose this information to a government.

Oguttu Daudi was annoyed even at the thought:

That 2.6bn for the pornography machine, maybe could buy a bloody cancer machine. Lokodo, that's the ethical thing to do. #savemulago

At first, some Twitter users tried to mobilize a fundraiser for the machine. However, a number of people disagreed with the idea because that would be taking away financial responsibility from the government:

Rosebell Kagumire, a Ugandan journalist, instead suggested that the campaign should be directed at parliament to pass a supplementary budget to replace the machine:

Dear Ugandans, donations won't save mulago, the problem is beyond cancer institute, let's ask parliament to give a sup budget! #SaveMulago

But according to Jackie Kemigisa, a Ugandan journalist, the supplementary budget had already been passed:

Others wanted the focus to go beyond a single referral hospital:

Beyond Mulago hospital, Uganda needs cancer radiotherapy machines in all referral hospitals in all regions. #SaveMulago

And Anne Whitehead, a communications consultant in Kampala, cheered Ugandan tweeps on:

On 10 April, the Uganda Cancer Institute released the following statement suggesting that there was a new machine but there was no room to keep it:

Fellow Ugandans, let's try to get facts right. The Cobalt-60 machine was bought. It is awaiting construction of the bunker(the room to house it). Earlier statements that there are no funds to purchase the machine did not come from us. What is at stake now is the construction of the bunker. You may wonder why this machine cannot be housed in the current space. This space was assessed by IAEA [International Atomic Energy Agency] and found that it is not suitable to house the machine. However fundraising for another machine is a good idea. The procurement process for the bunker construction has already started. In the meantime, other machines such as HDR bracytherapy machine are under use and other services are still on going.

After attending a press conference called by the Uganda Cancer Institute, Albert Mucunguzi passed his verdict:

Verdict on #SaveMulago: no radiotherapy treatment for about a year at least. Funds, training, follow up urgently needed.