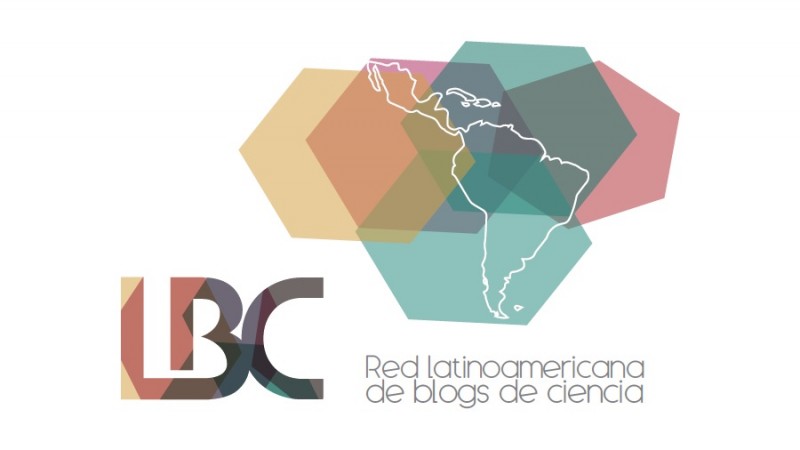 Main logo for the scientific network of bloggers that write under #CienciaLatina (“Latin Science”). Image published with permission.

How much does the news media cover scientific advances in Latin America? The bloggers at the online project Ciencia latina (“Latin Science”) say it's not enough. As much in the regional media as in the international, the presence of Latin America in the world better known as scientific progress is still limited. News of corruption and government changes abound, but you don't hear much about the new observations made by Chilean astronomers, or the study in Yucatán, Mexico, that is bringing us closer to the causes of the dinosaurs’ disappearance.

Under the hashtag #CienciaLatina, there's an initiative to spread scientific news on networks created by scientists of the region. Its objective is to create and expand a network of scientific blogs and to contribute to efforts to spread scientific knowledge. The idea behind Ciencia latina is that this information needs to reach the general public in colloquial, familiar language, so that it can also be part of the discoveries and innovations shared throughout the world. On its blog, Ciencia latina explains:

La Red Latinoamericana de Blogs de Ciencia [The Latin American Network of Science Blogs] was born with the purpose of gathering the efforts of scientific disclosure carried out by bloggers from diverse Latin American countries that, with their distinct disciplines and interests, try to replace the value of science in social networks.

By creating these websites, they demonstrate that science is not impossible to undertake in Latin America, despite the difficulties in terms of resources that many research institutions experience. In fact, in the last decade, there have been substantial improvements in investigative capacities and indicators in the majority of countries in the region.

Almost all of Latin America has increased its scientific production year after year. Brazil, for example, leads the region in the raw numbers, both in the size of its budget dedicated to research and development and in number of publications. Argentina has a formidable number of researchers in relation to its total population (three researchers for every 1,000 workers—a figure higher than China's). Chile, on the other hand, is the leader in protection of intellectual property, holding the greatest number of patents registered per year.

Using the label #CienciaLatina, the network also helps promote and broadcast specific local scientific works with global impact, and it works to dedicate websites to boosting scientific literacy in the region, ideally making the region's scientific advances more visible around the world. In doing so, the bloggers hope to capture the attention of both young and old Latin Americans. Recruiting more scientists could create a critical mass of scholars and researchers, too, who might start making more demands of national authorities, insisting on better research in state projects, and better data in state development plans.

The network and its news can also be followed at RedLBC‘s Twitter account and the hashtag #CienciaLatina.