A Vietnamese-American Man Captures the US Immigrant Experience in Poetry 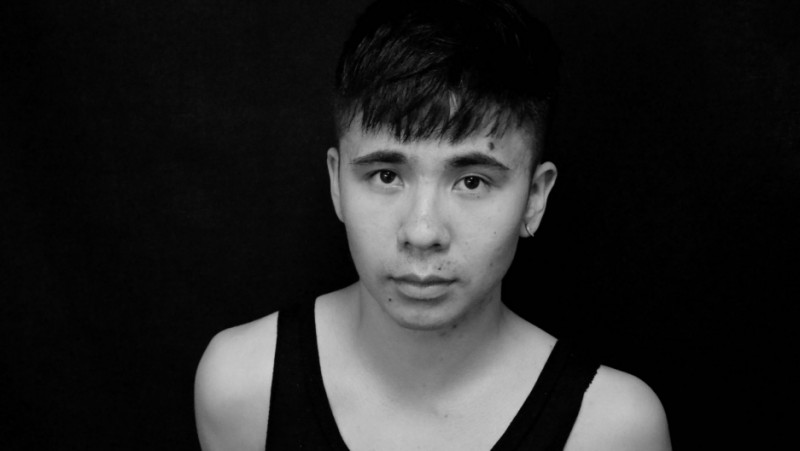 This article by Joyce Hackel originally appeared on PRI.org on April 13, 2016, and is republished here as part of a content-sharing agreement.

Vietnamese-American poet Ocean Vuong remembers the start of his immigrant experience, when on his first night in America he squeezed into a tiny, unfurnished Connecticut apartment with six relatives and a bucket of “old man chicken.”

“We had KFC, which my family still calls to this day ‘old man chicken’ because of Col. Sanders’ face on the buckets,” Vuong says. “It was very cold, the snow was starting and you could hear it crackling on the tenement windows, and we were dipping into this seemingly miraculous bucket of chicken and drinking this tea that we brought with us, and we started to tell stories.”

Those stories Vuong's family shared with the then-toddler are woven into his new collection of poems, “Night Sky with Exit Wounds.” The poetry looks backward and forward to life in Vietnam and America, avoiding nostalgia but capturing the lasting impact of a war that still echoes through the generations.

This is one of his poems, “Aubade with Burning City”:

Milkflower petals on the street
like pieces of a girl’s dress.
May your days be merry and bright …
He fills a teacup with champagne, brings it to her lips.
Open, he says.
She opens.
Outside, a soldier spits out
his cigarette as footsteps
fill the square like stones fallen from the sky. May all
your Christmases be white as the traffic guard
unstraps his holster.
His hand running the hem
of  her white dress.
His black eyes.
Her black hair.
A single candle.
Their shadows: two wicks.
A military truck speeds through the intersection, the sound of children
shrieking inside. A bicycle hurled
through a store window. When the dust rises, a black dog
lies in the road, panting. Its hind legs
crushed into the shine
of a white Christmas.
On the nightstand, a sprig of magnolia expands like a secret heard
for the first time.
The treetops glisten and children listen, the chief of police
facedown in a pool of Coca-Cola.
A palm-sized photo of his father soaking
beside his left ear.
The song moving through the city like a widow.
A white …    A white …    I’m dreaming of a curtain of snow
falling from her shoulders.
Snow crackling against the window. Snow shredded
with gunfire. Red sky.
Snow on the tanks rolling over the city walls.
A helicopter lifting the living just out of reach.
The city so white it is ready for ink.
The radio saying run run run.
Milkflower petals on a black dog
like pieces of a girl’s dress.
May your days be merry and bright. She is saying
something neither of them can hear. The hotel rocks
beneath them. The bed a field of ice
cracking.
Don’t worry, he says, as the first bomb brightens
their faces, my brothers have won the war
and tomorrow …
The lights go out.
I’m dreaming. I’m dreaming …
to hear sleigh bells in the snow …
In the square below: a nun, on fire,
runs silently toward her god —
Open, he says.
She opens.