The Innocents of the Panama Papers 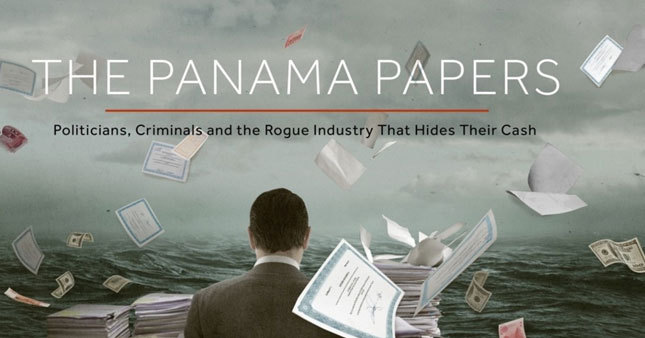 On April 1, 2016, a series of publications known as The Panama Papers were brought to light in many parts of the world. Lots of names, lots of lawyers, and, above all, lots of questions. In Costa Rica, the journalistic investigation into the Papers’ contents has been in the hands of Amelia Rueda and her teams at Databasear.com and Semanario Universidad, the news site of the University of Costa Rica.

What are the Panama Papers? A video by Amelia Rueda explains it all #ourvoice

A critical question raised by the Panama Papers has to do with the reasons behind setting up offshore accounts or companies. Answers vary, but one of the most common explanations is that these mechanisms are used to avoid paying taxes. In some countries tax burdens are increasing: governments, having little economic solvency, continue to create taxes which affect bank deposits and, in a sense, penalise those with the most money. Then there are people who simply prefer not to diminish their wealth by complying with their country’s tax requirements. In order to “protect” their wealth, such people seek out countries where the fiscal facilities are such that their assets cannot be seized and they are not required to pay heavy taxes on their balances. Political instability is another factor that’s often cited: if a country is politically unstable, people will be driven to take their money out of local banks.

In some of the coverage of the Panama Papers in Costa Rica and around the world, tendentious headlines like “Learn how the rich evade taxes” lump all well-off people into one category, when not all wealthy people are tax evaders. Publications are also listing firms that set up companies or formally opened accounts in Panama, even if this was done legally and with no intention of evading tax responsibilities. Many of the people mentioned in news articles have no connection to acts of evasion, yet their names remain in the eye of the hurricane and they are being scrutinized and pilloried on social networks.

Cristian Cambronero (@cambronero), a popular journalist and blogger from Costa Rica, has criticised the publishing of such information without seeking reactions from those involved. “Publishing names without any distinction or disclaimer is totally irresponsible,” he tweeted.

The widespread desire for transparency around the issue of tax evasion is completely understandable. Nonetheless, the question arises as to whether innocent people are being hurt as a result of this process. Are the good names of ethical businesspeople and lawyers being unjustly attacked? Journalists on the front lines of reporting these revelations must be extremely careful and responsible: they should be carefully validating all sources before publishing the somebody’s name in this place where information lives forever. As Mari Carmen (@marcar71) contends, only subsequent investigations will reveal those who are truly guilty of a crime.

The important thing about these #PanamaPapers are the upcoming investigations that will determine who committed crimes and who didn’t.

An editorial at La Nación newspaper criticized Semanario Universidad for not filtering the information, and for publishing the data in a way that suggested that all the people mentioned were guilty.

“This treasure trove of information,” wrote La Nación, “in more capable hands would probably have permitted the lifting of the veil of these illegal operations, to the great benefit to the public. But Semanario made no distinction, and alongside cases that were clearly illegal, included a host of names and companies, casting doubts on them all.”

Following the release of this information, certain personalities in Costa Rica have come out to deny allegations and defend themselves, with explanations as to why their names have appeared in certain news reports. Among them are María Luisa Avila, former Minister of Health, and Leonel Baruch, former Minister of Finance.

María Luisa Avila (@maluavi) has denied having any money sequestered away in Panama. “The company that I am linked to is not being question,” she tweeted on April 4.

#Live @Maluavi: “I don’t have money in #Panama. The company that I am linked to is not being questioned”

Leonel Baruch, who is also president of the media outlet CRHoy.com, issued a press release demanding that Semanario Universidad write a public correction clarifying the real reason his name appears in the leaked documents. “My name is mentioned,” Baruch wrote in his press release, “because I was notified of the sale of a company under investigation that I had when I was Minister of Finance.”

Various celebrities around the world have also come out to clarify their situations, one of the most well-known being star footballer Lionel Messi, whose family has said the company mentioned in the Papers was part of a “structure put in place by Messi’s previous financial advisers, the fiscal consequences of which have already been normalized,” and was now inactive.

These examples reaffirm the important role journalists play in shaping public opinion, not to mention history. In the months ahead new information will certainly be disclosed. Some of it will be able to be accepted at face value; some of it will need a legal explanation. Those who are offended at being named should come forward and explain why their names are linked to the publication. If they are completely innocent, time and the authorities in each country will reveal this to be the case. For some of the innocent, however, it is likely that they will not be able to clear their names completely in the court of public opinion, and therein lies the problem.