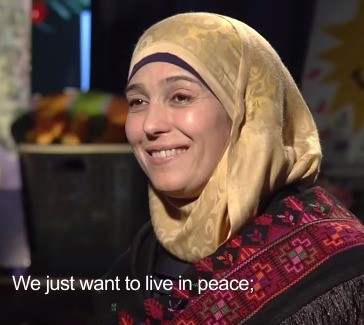 Palestinian Hanan Al Hroub has won the prestigious title of World's Best Teacher. Awarded by the Varkey Foundation, the prize comes with a coveted purse: $1 million. With the money, Al Hroub says she will pay the university tuition of those who want to become teachers.

Pope Francis announced the prize winner by video, broadcast to the ceremony being held in Dubai, the United Arab Emirates:

Part of education is to teach children how to play because you learn how to be social through games and you learn the joy of life. I would like to congratulate the teacher Hanan Al Hroub for winning this prestigious prize due to the importance she gave to the role of play in a child's education.

“I feel amazing and I still can't believe that the Pope said my name. For an Arab Palestinian teacher to talk to the world today and to reach the highest peak in teaching could be an example for teachers around the world,” Al Hroub told the Associated Press.

Life in Palestine is harsh. Al Hroub was raised in the Al Dheishe refugee camp, near Bethlehem, and now lives and teaches in Al-Bireh, a city of 39,000, near the Palestinian capital of Ramallah. Al Hroub's university studies were cut short due to the First Intifada (1987-1993). On her meager monthly salary of NIS 2,500 (approximately $660), she contributes to her family and buys supplies and equipment for her classroom.

She told The Guardian:

The environment outside the classroom is violent. Inside I provide peace, harmony and security.

Al Hroub reports that her educational methods of healing trauma through play-centered learning and positive reinforcement source from her own family's experience. She remembers the trauma her children experienced as they witnessed a family member get shot and their father injured while walking home from school one day.

[It] shocked my children and also shocked me. It transformed my children's behaviors, personalities, and academics. I felt that I was alone in getting my children through this. No teachers had helped us get my children back on track. We started inventing games at home and [inviting] the neighbors’ children. 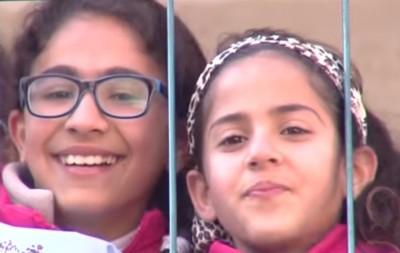 Hanan Al Hroub's students learn to say “no” to violence, in the classroom and beyond. (Screen capture from video.)

Al Hroub was a first year university student when the event took place. Now the author of a methodology and book called “We Play, We Learn,” Al Hroub says that upon seeing the healing effect her games had on her community, she changed her course of study to elementary education.

I had decided to help every child that goes through something like this. Some children may not directly experience things like arrests, or assault, checkpoints, and all the violence in our country, however they see it on the screens and in social media and that still affects them. This affects their lives, these changes in their behaviors and education. I read about these behaviors and I adopted nonviolence as an ideal.

In conclusion, she states:

“We Palestinians are people that suffer from all forms of obstacles and violence that is forced upon us [by the Israeli Occupation]. We just want to live in peace. We want our children to enjoy their childhoods in peace. I tell all the teachers, whether they are Palestinian or [from] around the world: our job is humane, its goals are noble. We must teach our children that our only weapon is knowledge and education. It is the only way that we can get back what was taken from us.” 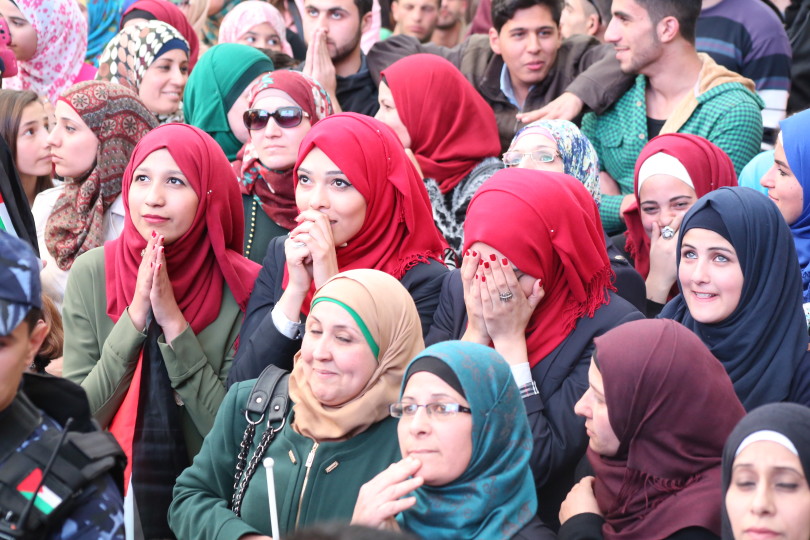 While Al Hroub traveled to Dubai for the award's announcement, supporters filled Ramallah Square to cheer her on. In an article entitled, “Jubilation in Palestine,” the Global Teacher Prize posted photos of the crowd, waiting in anticipation to hear if Al Hroub will be chosen from the top 10 finalists (out of a pool of 8,000 global nominees).

On Twitter, she posted images of banners in Palestine celebrating her achievements.

After Al Hroub was announced as the prize winner, the Associated Press broke the story that her husband, Omar Al Hroub, had served 10 years in Israeli prison for his role in an attack that killed six Israelis in 1980. The Varkey Foundation responded: “As a point of principle, we only look at the qualities, achievements and conduct of the candidates themselves.”

In her own right, Hanan Al Hroubi has been a passionate advocate of non-violence for the past 35 years, leading generations of young children on the path to peace.

Mother Theresa stated, “If we have no peace it is because we have forgotten that we belong to each other.” Al Hroub echoes this statement:

“If children who suffer from violence are not given the assistance and support they need, they will be lost… From the very beginning, I make sure that the students understand that in the classroom we are a family – we belong to each other.”

Want to thank a teacher? Al Hroub and the Varkey Foundation encourage you to tweet #TeachersMatter.