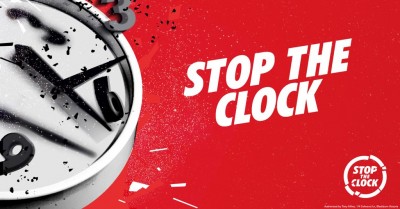 Image from Campaign for Australian Aid.

A coalition of aid groups is urging the Australian government to reverse cuts to foreign aid planned for May this year. Should the cuts go ahead, Australia's aid would dip to its lowest level since records began in 1960.

We are calling on the Government to reverse the final scheduled $224 million cut to the aid budget so that Australia does not become the least generous we've ever been with the lowest aid budget ever.

Representing more than 65 development organizations, churches, businesses, and community groups, the campaign is calling attention to the vital role Australian aid has played in international development, from humanitarian assistance in Syria, to the provision of clean drinking water, to support for education programs throughout the Indo-Pacific:

Hey @ScottMorrisonMP it's time to #StopTheClock and cancel the $224m cuts to #AustralianAid in the budget ⏰🚫🔪 pic.twitter.com/o1bkgKKdTO

Some Internet users mentioned the so-called “Panama Papers” (where 800 Australians have been named, so far), pointing out the unfairness of overlooking tax evasion by the super-rich, while slashing foreign aid.

#Poverty and the #panamapapers – our advocates pointing out how unethical the #inequality is #AustralianAidpic.twitter.com/SK489awEqK

The State of Australian Aid

Australian aid has been in a downward spiral for some time now. Despite former Prime Minister John Howard's promise in 2000 to raise foreign aid to 0.7 percent of Gross National Income (GNI) by 2015, it was treated as an aspirational rather than a prescriptive goal. Aid levels fell to historic lows in 2003–2004. When the Labor Government under Kevin Rudd was elected in 2007, a commitment was made to increase the foreign aid budget to 0.5 percent of GNI by 2015. However, this target was deferred (largely in response to the global financial crisis) and ultimately never realized before former Liberal leader Tony Abbott came to office in 2013.

Unprecedented cuts to the aid budget were announced in December 2014 under Abbott. Adjusting for inflation, aid was reduced by 20 percent (or A$1 billion) in 2015–2016—the largest cuts ever in a single year. Future cuts will see Australian aid fall to 0.22 percent of GNI in 2017–2018—a new record low. 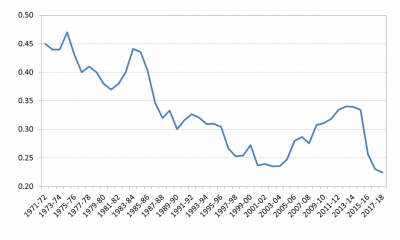 Excepting Cambodia, Nepal, and Timor-Leste, Australia's aid to countries in Asia was slashed by 40 percent; the Middle East by 43 percent; and Sub-Saharan Africa by 70 percent. The largest recipient of Australian aid today is Papua New Guinea, on which Australia relies heavily to detain, process, and resettle asylum seekers as part of its controversial offshore detention program.

Will They or Won't They?

While the government continues to mull over the upcoming May budget, it seems Australians’ attitudes towards aid have shifted. In a blog for the Development Policy Centre, Terrence Wood argues:

As the Turnbull government considers whether it really wants to follow through with the aid cuts Tony Abbott’s government had planned for next financial year, it may want to take note of recent public opinion polling — polling that suggests that most Australians no longer think Australia gives too much aid… Australians’ enthusiasm for aid cuts has waned.

However, Robin Davies, also of the Development Policy Centre, identified other pressures that could lead to an even tighter squeeze on the Australian aid budget. This includes current Prime Minister Malcolm Turnbull's pledge at the United Nations Climate Change Conference in Paris on November 30, 2015:

contribute at least $1 billion over the next five years from our existing aid budget both to build climate resilience and reduce emissions. [emphasis added]

At the time, his pledge drew fire from aid agencies for draining an already dwindling aid budget, while failing to commit effectively to any new funding.

Other Australian aid experts have warned that the quality of aid is just as important as its overall quantity:

The aid budget cuts may not be reversed, but the decline in perceived effectiveness can be. Stakeholders are realistic about the prospects for future aid volumes. But they expect a more effective aid program… Listening to their voices will go a long way to minimising those risks, and putting Australian aid once again on an upward trajectory, if not in terms of volume, then at least, and just as importantly, in terms of quality.