Your Guide to This Sunday's Presidential Election in Peru 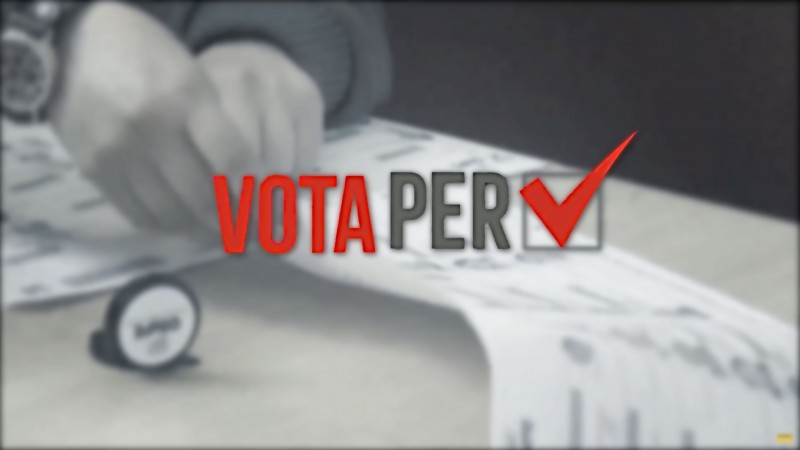 The original version of this article was published in Spanish on the blog Globalizado by Juan Arellano.

Peru's election this year has proven to be an unusual one. Candidates have been crossed off the list, some were disqualified, and others withdrew voluntarily (the field has dropped from 19 candidates to 10). Campaigns have focused more on attacks than presenting ideas and policy proposals. A debate organised by the electoral authority was poorly structured and offered more of the same, giving one more reason to criticise the National Jury of Elections, which many accuse of bias towards certain candidates.

In the past few years, Peruvian politics been defined by weak political parties, favoring a surge of independent and very individualistic political projects with limited reach at the local and regional levels. Meanwhile, the electorate seems to be waiting for the emergence of new, non-traditional politicians, also referred to as “outsiders“. In the country's current election, many believed Julio Guzmán fit this profile, but he was later barred by the National Jury of Elections.

The role of the media must also be mentioned, as different outlets side openly with preferred candidates, attacking their rivals. Polling agencies have also gotten involved in the process, allegedly playing with the statistics of their own sociological work, in order to manipulate public images.

Just days before Peru's presidential election, which is planned for Sunday, April 10, 2016, the only thing that is certain is that candidate Keiko Fujimori will make it to the runoff. Whom she'll face there remains a mystery. For those who are unfamiliar with Peruvian politics, here is a brief summary of the “surviving” candidates in these elections:

Keiko Fujimori. The daughter of ex-President Alberto Fujimori, currently jailed for corruption and human rights violations, is running on a right-wing platform in line with her father's style of government. She studied business administration, but has always been involved in politics since she became first lady at the age of 19. Her last name has been enough for her to maintain a sustained flow of supporters, which has kept her in first place in the polls since the presidential race began. In the last few weeks, a variety of civil rights groups have intensified the campaign against her, claiming a government led by her would be bad for human rights. There have been protests at her rallies and marches in many Peruvian cities, the most successful of which was held on Tuesday April 5—the anniversary of the coup staged by her father, with an estimated participation in Lima of 50,000 people.

Thank you to my friends in #Pucallpa! It has been a real pleasure to close our campaign with you! Together Towards The Future

Pedro Pablo Kuczynski. Better known as PPK, Kuczynski is an economist who has been state minister several times, as well as cabinet president. His résumé and business record have earned him supporters, especially in Lima. Working against him are his advanced age—he is 77—and his well-earned reputation for lobbying. He's currently second in national polls. If he makes it to the second round, many believe that the choice between him and Keiko Fujimori would be very similar, given that he is also a right-wing candidate who seeks continuity with the fujimorist economic model. His support for Keiko Fujimori in previous presidential races further underscores this point.

Full house!
Thank you for joining us tonight for the closure of our campaign. I'm With PPK

Verónica Mendoza. “La Vero” is a psychologist and is currently a member of Congress. Her candidacy for the Frente Amplio (Broad Front) party is one of the two that can be called left-wing. From barely figuring in the polls a few months ago, she is now—depending on which survey you consult—in a virtual tie with PPK for second place. This frightens many in the right wing, who often call her “chavista” or “terruca” (terrorist)—words that frighten many of Peru's voters. If her upward trend continues and she makes it to the second round against Keiko Fujimori, Peru will have its first woman president. The economic side of her government plan is what concerns analysts the most, as it goes against the right-wing model that currently prevails.

Thank you, Cusco, my beautiful land, land of courageous and noble people. From Tupac Amaru square we say yes we can!

Alfredo Barnechea. Or “Barney“, as his detractors have dubbed him, is a journalist and politician who rose up originally from among the young blood of the centre-left APRA party, but has for some time been a member of the centrist Acción Popular. His candidacy (a mix of liberalism and social democracy) added a relatively new face to the race, but this was not enough to ensure a quick take-off. When he managed to gain exposure, certain gestures—some would call them missteps—earned him the nickname “viceroy” for his supposed air of superiority and his aristocratic manners. According to the polls, his chances of getting through to the second round are decreasing, but he could yet be a surprise.

Another full rally. This does nothing but fill my heart with hope. We have returned to decent politics. Thank you!

Alan García. For the man who has twice been president of the country, García's famous “gift of the gab” hasn't rescued him this time. Moreover, he probably won't get enough votes to pass the electoral threshold, which would mean that his party, APRA, would have to begin the process of electoral re-enrolment. To make matters worse, on the day of the debate, he had to share the podium with Fernando Olivera, an old rival, who did not hesitate to use his time to recite, one by one, all the allegations of corruption and other matters that—proven or not—now comprise García's reputation.

Trujillo. There is no time to improvise. With experience and speed we will build a great Peru for our children.

Gregorio Santos. “El Goyo” is a candidate with a special characteristic: he is the first presidential candidate in Peru to be in prison during the electoral process. The former regional president of Cajamarca (and current president elect) is now under pretrial detention for corruption charges, although his supporters say it is a plot against him, due to his fierce opposition to mining in the region. Santos represents a more radical left wing platform than La Vero's, but his chances of victory are slim, appealing to just 3.2 percent of intended voters.

[VIDEO-INTERVIEW] @Gregorio_Goyo: #Conga (mining project) will not go ahead, I stand firm in my position

Alejandro Toledo. “El Cholo” is practically in his political sunset. The ex-president's candidacy has done nothing but fall in popularity. Furthermore, the Judicial Power has yet to decide whether to open proceedings against him for money laundering. Stubborn as always, Toledo has stated that he will not withdraw his candidacy.

Joy in #Pachacútec Thank you Ventanilla! Thank you Callao! #Let'sGiveItOurAll

Ántero Flores Aráoz, Miguel Hilario, and Fernando Olivera are the remaining candidates, but according to the polls, they have no real chance of getting through to the second round.

Thus, the Peruvian voter has a difficult choice to make this Sunday. Vote for the candidate who represents fujimorism, which for many is a synonym for corruption? Vote for the lobbyist candidate, who will people fear will favour big companies at the expense of the poor? Or vote for the left-wing candidate, who is proposing heterodox measures of economic control at a time when growth is slowing down? Maybe the fundamental question is how it came to this.

In any case, as the saying goes, the last thing people lose is hope.