What Do People Tweet While Waiting for the Train to Go By? 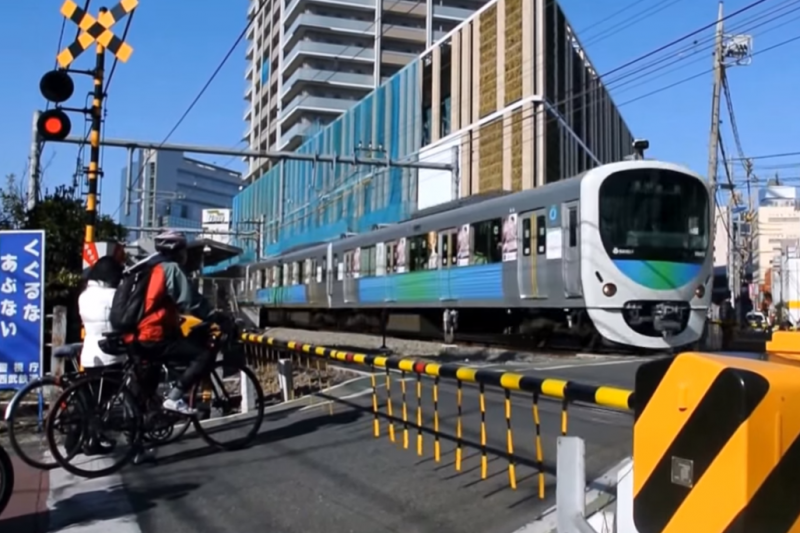 By some estimates there are more than 3,000 kilometers of train lines snaking across Tokyo, giving Japan's capital city the highest railway density on the planet.

While this makes rail transportation easy and convenient for Tokyo residents, the 34,000 level rail crossings (踏切, fumikiri) in Tokyo can make for some long waits for motorist, cyclists and pedestrians alike.

One member of the prominent Japanese Internet meme-sharing community Matome Naver has curated a popular post about Tweets people send out while waiting for the train go by that captures different people's takes on one of the capital's most widely-shared experiences.

So, how was your train wait today?

Some people take to reporting unusual or amusing things they see while waiting for the train to pass.

At the crossing waiting for the train to go by. People are lined up quite politely behind a horse.

Waiting for the level crossing gates to pull back up gives some a chance to observe their surroundings more closely.

Waiting for the train, I see a cat appear by my side…

Others choose to escape the mundanity by diving into a book.

The train schedules have converged in a perfect storm and the level crossing gates haven't opened in over 15 minutes. So I'm just reading a book.

And others engage in people-watching.

There's a train stopped near the level crossing, so the crossing gate has descended. There's an old guy passing the time by practicing karate chops on the flags of the gate.

Someone is practicing her squats while waiting for the train to go by.

Attempts to bypass this common and time-consuming obstacle are often more hassle than waiting.

The level crossing gates are down, so I thought I would take a detour. However I failed miserably and now I have scraped my toes. I guess I should just not try to climb over a wall next time.

Usually whenever I have to wait at this level crossing, I try taking a detour along a slightly longer route. And I get lost every time.

Wow, it's the Red Rapide (at the level crossing near my house)! I was planning to go into town and I realized I forgot my phone… And by chance I saw this train!

Some people have the opportunity to observe the beauty that surrounds them.

It's morning, I'm waiting at the crossing and I discover this cute paw print.

Yesterday I saw a rainbow above the level train crossing.

More Tweets (in Japanese) can be read here.