This is How Africa Tweeted in 2015 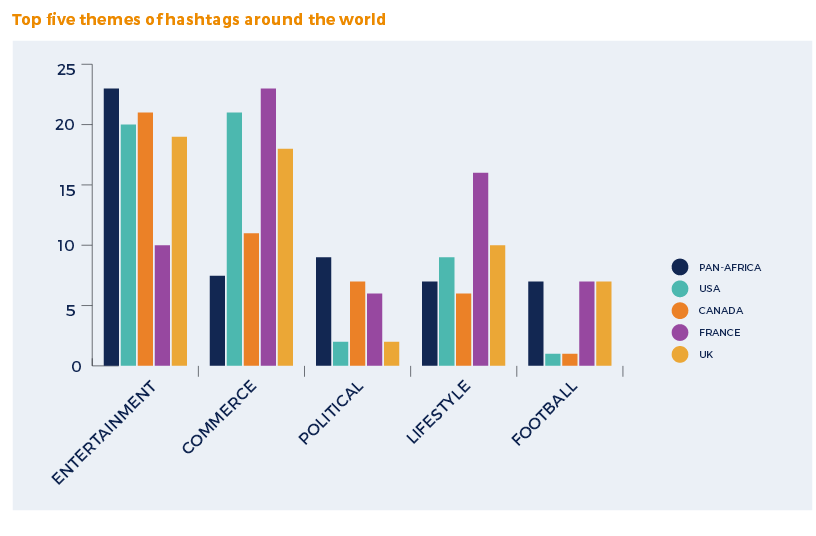 A screenshot of a graph showing how Africa tweets.

Portland, a London-based communications agency, has analysed 1.6 billion geo-located tweets and the top 5,000 hashtags on the continent for the third “How Africa Tweets” report.

The report consists of 12 case studies touching on how Twitter relates to topics such as terrorism in Africa, the Ebola response, and economic development on the continent.

The company used the social media analysis tool Sysomos to collect and analyse the 5,000 top hashtags. However, it was unable to collect information on South Sudan and the Republic of Congo due to lack of data on social media.

“Our previous studies showed that Twitter in Africa was much more of a space for social interaction or frivolous banter. This study, our third, demonstrates that the platform is coming of age with the prevalence of serious debate about politics and government,” Mark Flanagan, Portland’s Senior Partner for Content and Digital Strategy is quoted in a press statement.

Some tweeps have been sharing key findings on Twitter using the hashtag #HowAfricaTweets.

First cases of #Ebola were being discussed on social media before any official announcement was made by WHO or others.” #HowAfricaTweets

“Gabon is a French-speaking country in central Africa, but three of its top ten tweets had to do with events in Nigeria” #HowAfricaTweets

The small island of Comoros had the highest level of Tweets Per Capita of 0.77 across the continent. #howafricatweets

The #HowAfricaTweets report is another a piece of cheap popularity. So much left out.