Photos: Protesting Farmers Asking for Rice Violently Dispersed by Police in the Philippines 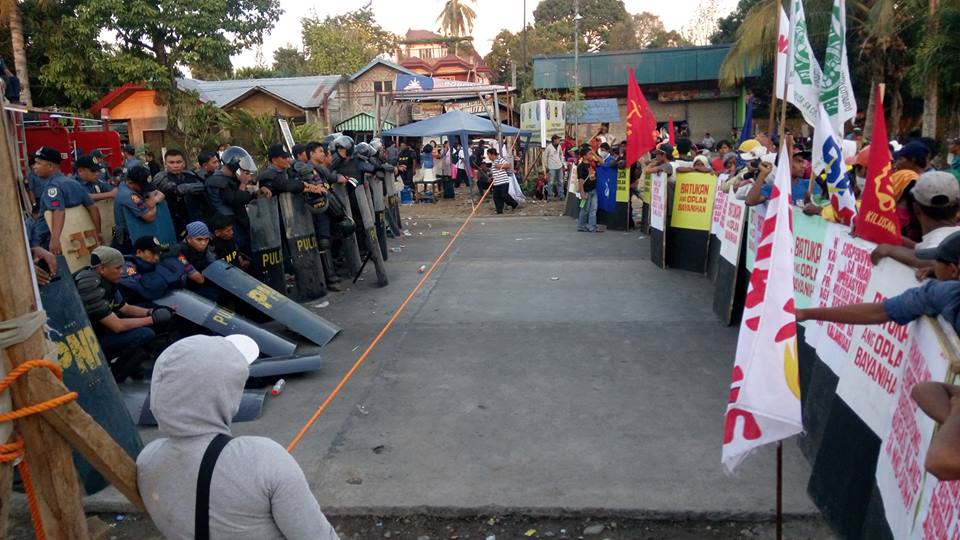 Police and farmers face off a day before the dispersal of the protest. Source: Kilab Multimedia / Facebook

Two people were killed and scores were wounded after police dispersed a barricade set up by farmers demanding rice and food aid in North Cotabato, a province located in the southern part of the Philippines.

Last year, experts warned that many parts of the Philippines will experience a severe drought caused by the El Niño climate phenomenon. They urged the government to prepare and adopt mitigation efforts to lend assistance to farmers and other vulnerable sectors of the population.

As swathes of land began to dry up because of El Niño, many farmers found themselves unable to produce enough food crops to sell. The incidence of hunger rose in rural areas.

North Cotabato is one of the provinces reeling from the negative impact of El Niño. Its provincial government already declared a state of calamity last January 2016, which allowed it to access calamity funds and other forms of assistance from the national government.

Two months later, farmers in the province complained that they have yet to receive rice rationing and other food subsidies from their local government. On March 28, more than 5,000 farmers decided to act by protesting on the main highway. They vowed to stay put and maintain a barricade until the government released 15,000 sacks of rice. They also demanded the immediate disbursement of the calamity funds to help them survive and alleviate their suffering.

After failing to convince the farmers to end their protest, the local government ordered the police on April 1 to dismantle the barricade, disperse the rally, and arrest the leaders of the group. Violence ensued, which led to the death of two farmers. Initial estimates put the wounded at 116, while 87 were missing. Some who were reported missing were later discovered to have been arrested by the police.

The hashtag #BigasHindiBala (Rice not bullets) trended as netizens actively commented on the issue. The police were criticized for using guns during the dispersal because it is a violation of the law. Many questioned why the government had to resort to violence when hungry farmers were simply asking for food.

Local authorities and the police said the protesters were illegally occupying the road and inconveniencing the public. The police added that they only acted in self-defense against the unruly protesters. The governor insisted that rice is available but procedures must be followed if farmers wanted to get it from the municipal government.

When the government rejected the demand of farmers, a rice donation campaign was launched, inspiring many individuals, groups, and institutions to offer assistance to the protesting farmers.

Since the violent dispersal on April 1, the president of the country has not yet spoken about the issue. But his subordinates have announced that there will be an impartial probe into the incident. However, they also openly wondered if leftist agitators manipulated the farmers to join the protest.

Nevertheless, the question many have remains unanswered: Is it right to shoot hungry farmers who were simply demanding food from the government? 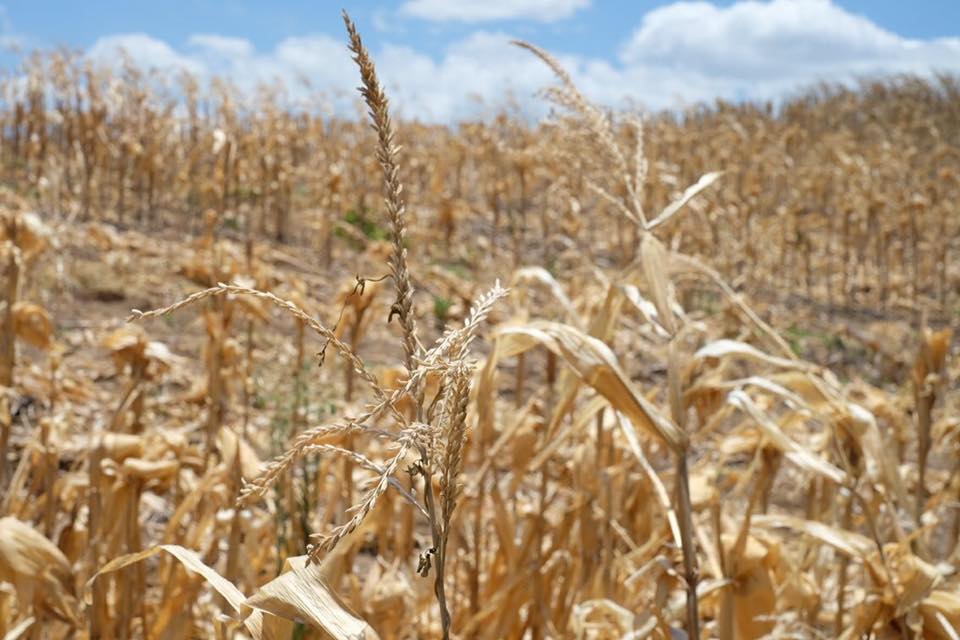 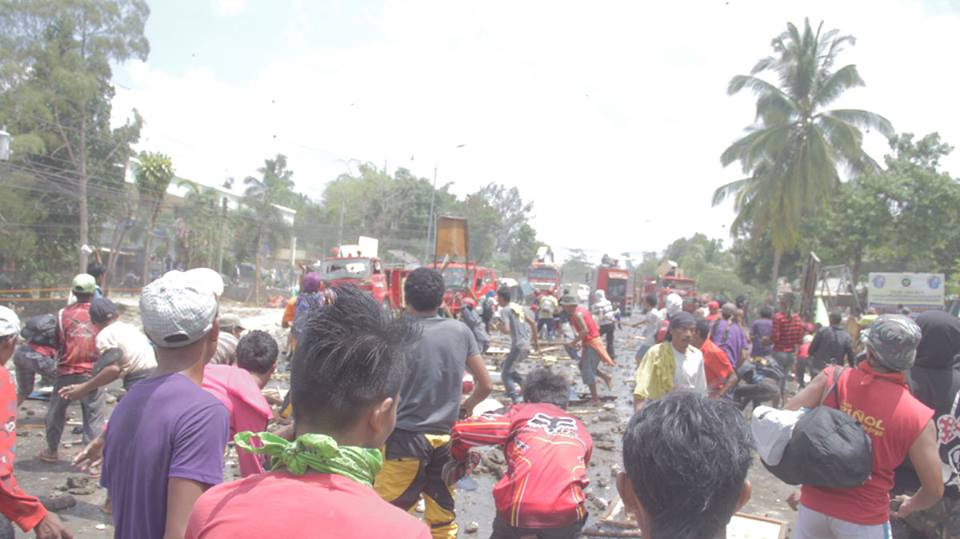 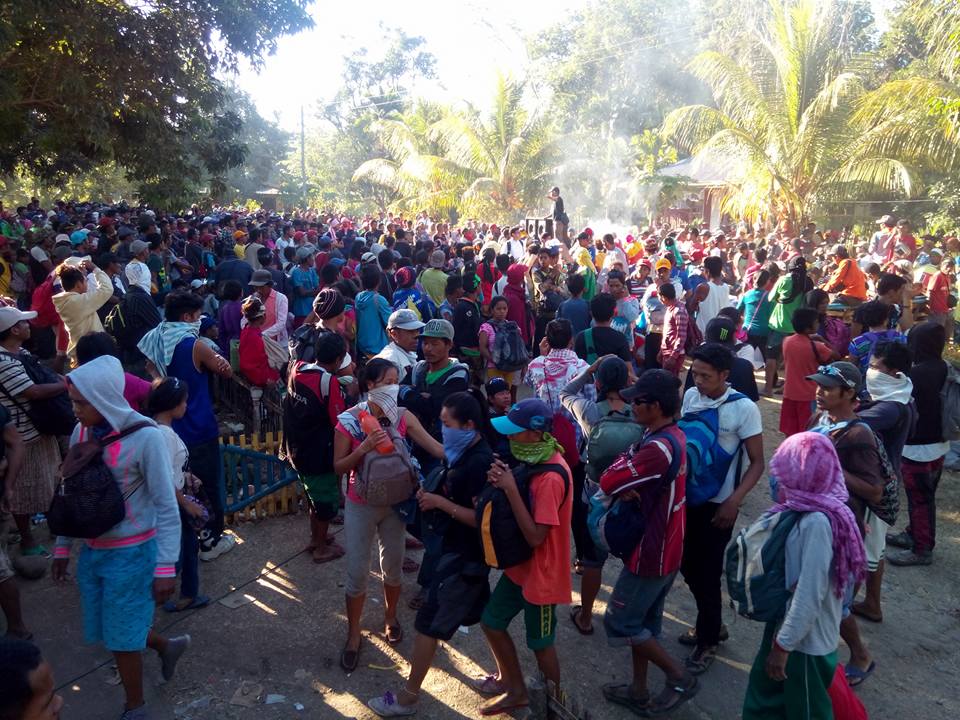 After the dispersal of the protest, farmers sought refuge in the compound of the United Methodist Church. Source: Kilab Multimedia / Facebook 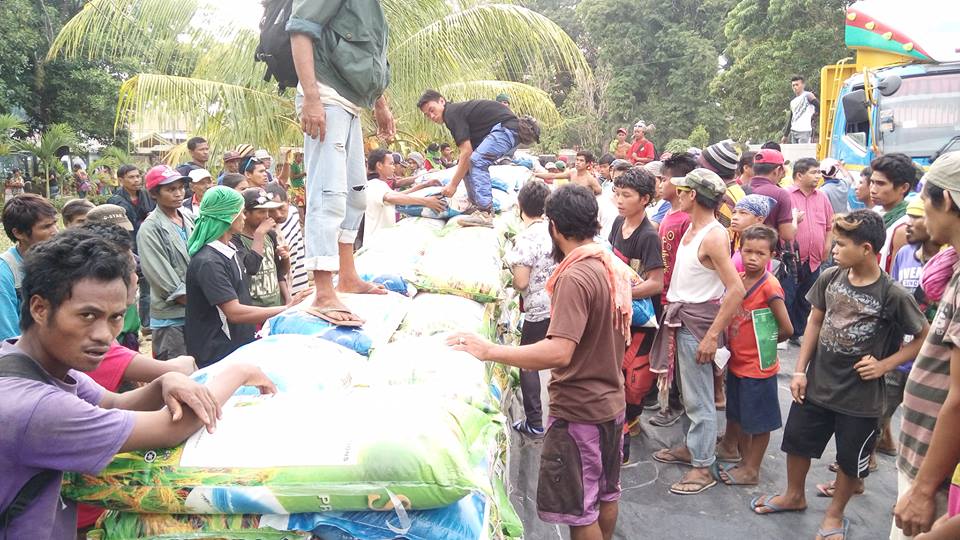 Rice donation started to arrive for the farmers who were dispersed in North Cotabato. Source: Kilab Multimedia / Facebook 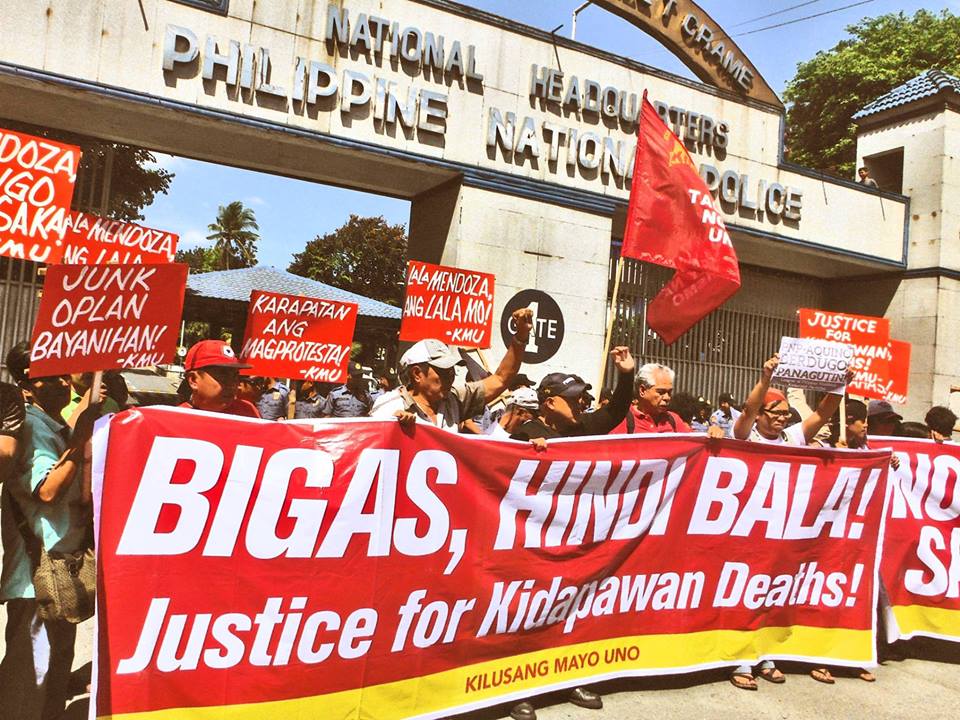 Workers in Manila held a protest in front of the national police headquarters to condemn the violent dismantling of protests in Kidapawan. Source: Kilusang Mayo Uno (May First Movement) / Facebook 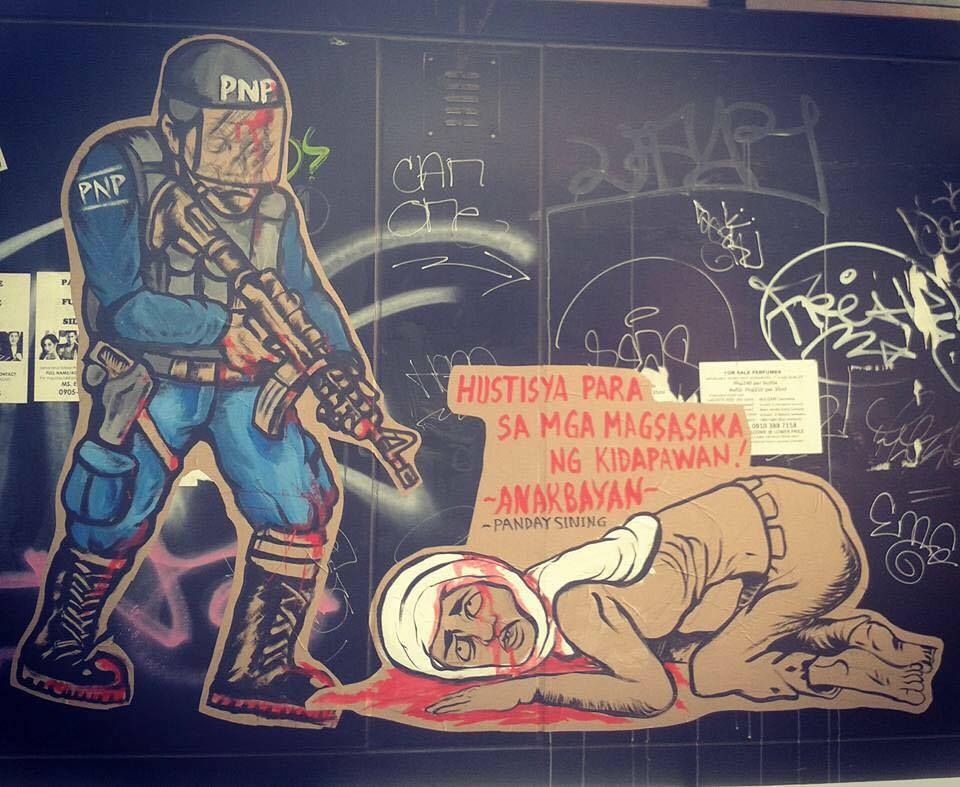 An artist depicts how police attacked protesting farmers in Kidapawan. The placard reads ‘Justice for the farmers of Kidapawan’. Source: Karlo Mongaya / Facebook 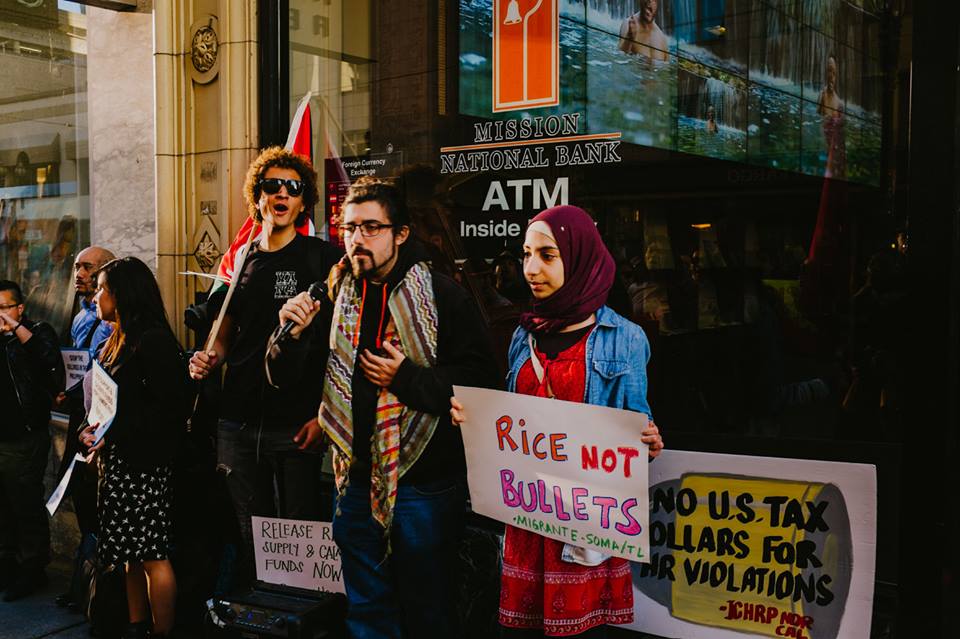 Activists held a protest in front of the Philippine Consulate in San Francisco, California in the United States to show support to the Kidapawan farmers. Source: Megan Zapanta / Facebook