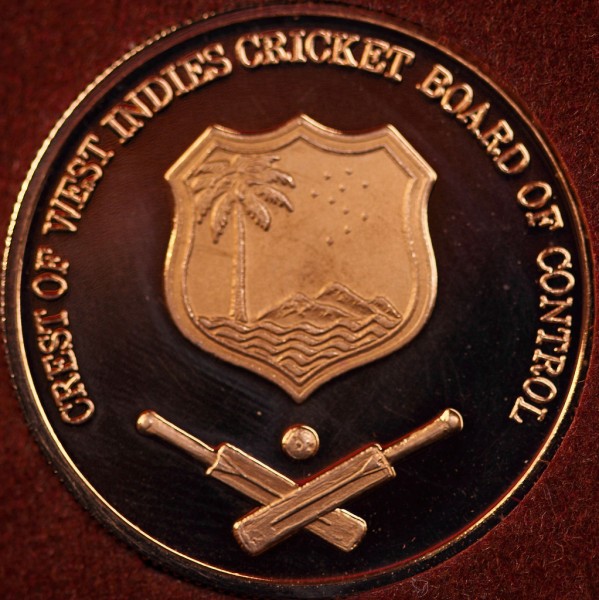 West Indies Cricket Medal, with the original crest of the West Indies Cricket Board of Control. The ‘Control’ was dropped from its official name in 1996, but many would argue that the organisation still hangs on to the sentiment in terms of its behaviour towards the players. Photo by Mark Morgan, used under a CC BY 2.0 license.

Caribbean cricket fans had a lot to celebrate this week, what with the two outstanding wins in the recent T20 (short for Twenty20 cricket, a short version of the game) tournament in Kolkata, India. The region's women's team beat Australia in the final for its maiden title, while the ‘Windies’ men — a blend of ‘West Indies’, since it comprises players from various regional territories — as the team is popularly called, powered through to an exciting four-wicket win over England.

The jubilation coming out of the regional blogosphere was intense. The Caribbean loves its cricket, but in recent years, cricket has not really loved it back — the West Indies cricket team has been mired in controversy for some time now, with the West Indies Cricket Board (WICB) coming under heavy fire by the players for alleged mismanagement. 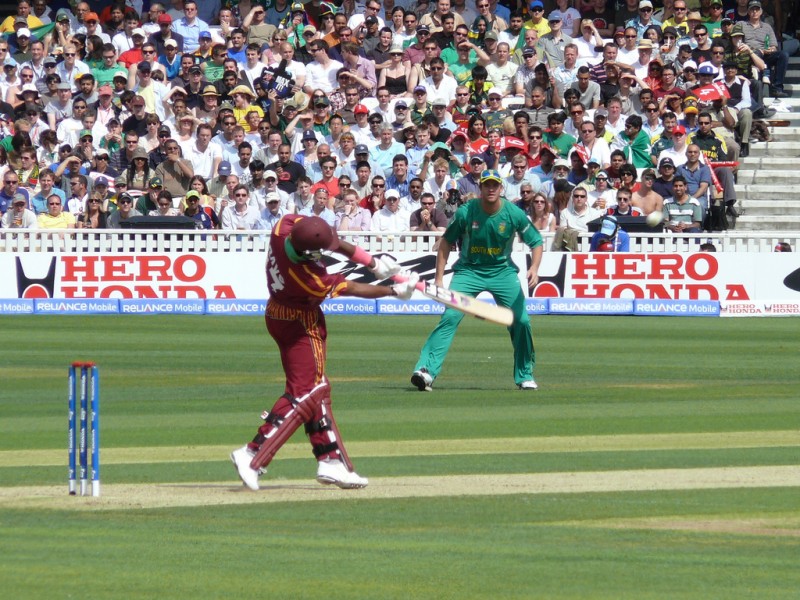 Much of the bickering has been over money; the issue of player's fees came to an ugly head during the team's One Day International 2014-15 tour of India. The team abandoned the tour mid-way; Trinidadian cricketer Dwayne Bravo, who was captaining the team, fell out of favour with the WICB; and the Board of Control for Cricket in India ended up suing the WICB for US$42 million in lost revenue as a result of its team's walkout.

This week's triumphs have only served to rub salt in the gaping wound of lost trust between the WICB and the players, but really, all the signs were there since that ill-fated tour of India.

Enter the West Indies Players’ Association, led by Jamaican cricketer Wavell Hinds. The association proudly claims to be “the voice” of West Indian cricket players — except that 14 out of the 15 players that won the T20 tournament have vehemently stated that the association does not represent them, undermining the organisation's legitimacy in negotiating their contracts.

With a lack of confidence in Hinds’ leadership — especially after he agreed to a slash in players’ fees without due consultation with the cricketers themselves — the situation has reached an impasse. The players want to negotiate directly with the WICB, and the board's position is that the players’ association is the authorised negotiating body. 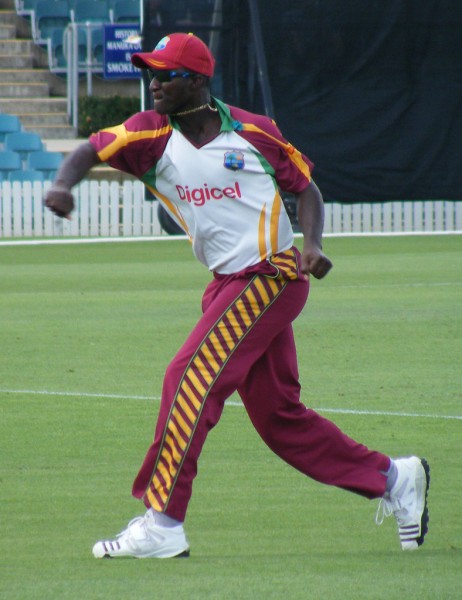 Darren Sammy, who captained the winning T20 team, playing at the Prime Ministers 11 Cricket match in Canberra 2010. Photo by NAPARAZZI, used under a CC BY-SA 2.0 license.

Dwayne Bravo has once again taken a stand, calling the WICB “the most unprofessional board in the world”, and its president, Dave Cameron, “immature”, “small-minded” and “arrogant”, “at war” with the West Indies cricket players.

T20 captain Darren Sammy was also scathing in his post-win remarks, accusing the WICB of a lack of support — the team allegedly didn't even have proper uniforms — but noting that the challenges strengthened the squad's resolve:

We started this journey … we all know we had … people were wondering whether we would play this tournament. We had a lot of issues, we felt disrespected by our board, [cricket columnist] Mark Nicholas described our team as a team with no brains. [Nicholas subsequently gave a heartfelt apology]. All these things before the tournament just brought this team together. […]

Sammy also thanked the heads of CARICOM, an organization for regional cooperation, for their messages of support. “…and I'm yet to hear from our own cricket board. That is very disappointing,” he said.

Most Caribbean social media users are of the opinion that the WICB board should go. In fact, there is an online petition circulating to that effect (thus far it has garnered nearly 6,500 signatories), which refers to the 2015 recommendation of the CARICOM Cricket Review Panel, which “strongly recommends the immediate dissolution of the West Indies Cricket Board and the appointment of an Interim Board whose structure and composition will be radically different from the now proven, obsolete governance framework.”

He went on to explain the role of the WICB:

The role of the administrator certainly influences what happens on the pitch but it won’t be measured by match winning shots or game turning bowling performances.

The administrator’s job is essentially to give the team under their care the best possible chance of success. Or, to put it another way, to take away any excuse that outfit might have for non-performance.

It was the job of Cameron and his Board—not [the West Indies Players’ Association]’s, although they do have their part to play—to ensure Sammy and his crew went to India in the right frame of mind for success.

Many well-respected cricketing figures are standing solidly with the West Indies players including legendary Indian batsman Sachin Tendulkar, who tweeted after the match:

WI players emerged true champions overcoming challenges on & off the field. West Indian Board should support them & address their concerns.

Fans have also been expressing their support of the team. On Facebook, Serenity Akosua Fletcher wrote of the T20 win:

I hope this is the first step to many of us as we stop vilifying players on behalf of WICB who refuse to act in the interest of players, fans and the regional game in a whole. The WICB represents the self-interest, corrupt kind of governance that rules our countries and gets away with it because of our respect for positions.

Let us not allow the West Indies Cricket Board to intimidate our players for speaking their mind. The historic victories didn't come from bureaucrats of the WICB, it came from the players they clearly want to muzzle.

Let us stand by the teams and the players who generated such pride for us as Caribbean people.

Following a statement from the WICB reprimanding Sammy on his unflattering comments about the lack of board support after the T20 win, Facebook user Akhir Hafiz Bacchus defended the West Indies captain, saying:

Indeed Sammy has spoken the truth and every west indies cricket fan along with every head of government of the Caribbean should throw their support behind him. Thump up to you Darren Sammy for leading our guys to victory during those crucial times in light of not being supported by the corrupted WICB.