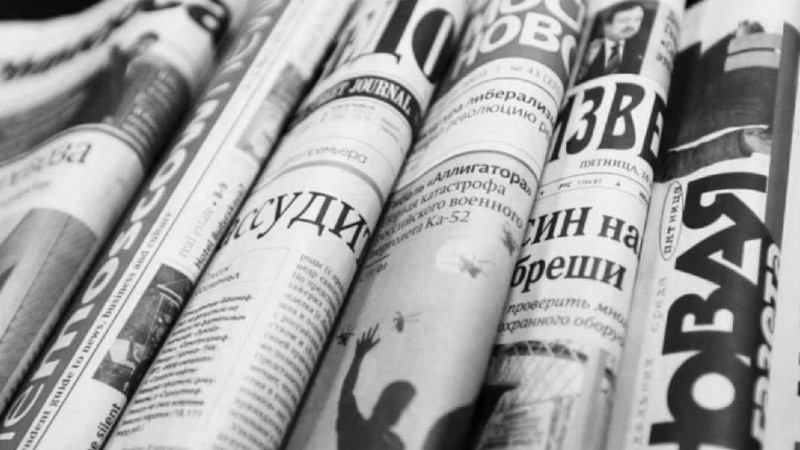 The Russian state media regulator is working on new recommendations for media on covering the sensitive topic. Image from Wikimedia Commons.

Roscomnadzor, the Russian state media regulator, is preparing to publish a new set of recommendations on how to properly cover instances of suicide in the mass media.

The agency's spokesman Vadim Ampelonsky told reporters that the new advisory would likely see the light by the end of May, according to an Interfax news agency report. “We plan to publish the recommendations by the end of spring,” Ampelonsky reportedly said. “I don't know yet when the work will be finalized, but I think by the time spring is over we'll have something to show the public.”

Media coverage and online content containing mentions of suicide in Russia are currently governed by the law “On Protecting Children from Information Harmful to Their Health and Development.” The law brands as “harmful” material which “may elicit fear, horror, or panic in children”, or depicts violence, unlawful activities, substance abuse, or self-harm, including mentions of suicide. The Federal Service for Supervision of Consumer Rights and Human Welfare is tasked with tracking violations of the law and can censor information containing “propaganda of suicide” or otherwise harmful to children by recommending that it be added to the Russian Internet blacklist.

According to Roscomnadzor's spokesman, the agency has already held an inaugural meeting of the group working on the set of recommendations, which includes journalists, psychologists, representatives of religious groups, as well as experts from Roscomnadzor and the Federal Service for Supervision of Consumer Rights and Human Welfare. The working group allegedly based its advice to Russian media outlets reporting on instances of suicide on “recommendations from the World Health Organization” (most likely referring to this guide for media professionals), but Ampelonsky noted that the expert cohort was also working on “another document that would be in line with the requirements” of Russian legislation.

Although it is unclear what exactly the new recommendations will contain, they will likely add more restrictions to a growing set of regulations governing what Russian mass media and online platforms are allowed to publish. A case in point is the ongoing discussion of the plight of cancer patients in Russia who routinely lack pain medications that the state should provide them with. Stories about Russians with advanced forms of cancer taking their own lives make depressingly regular appearances on the pages of Russian media outlets: one investigation found that in Moscow in February 2015 alone 11 cancer patients had died by suicide.

The Russian legal system does not recognize the notion of assisted suicide and prohibits the practice of euthanasia: in Russia's criminal code euthanasia is treated as a premeditated murder.

Meanwhile, the Russian state has been policing coverage of cancer patient's deaths: in March 2015, Roscomnadzor issued an official warning to the Orthodox news website “Pravoslavie i Mir” (Orthodoxy and the World) about a news story on the deaths of two cancer patients who had ended their own lives. The censor demanded that the editors remove the description of the means with which the suicide was performed, as the agency believed the content violated the law aimed at protecting children from “harmful information.” When the website removed the details, Roscomnadzor sent them another warning, demanding they also remove the reported reason for the suicide (i.e., the pain the patients had endured for lack of medication). The website's editor, Anna Danilova, disputed the agency's demands in a Facebook post and said all of their suicide-related stories had been examined by qualified psychologists.

Some of Roscomnadzor's guidelines for regulating reporting on the issue align with world and industry standards. Many international organizations and media outlets have rules for reporting on suicide responsibly (Global Voices has a guide on this as well). The World Health Organization's own guidelines contain the following recommendations, among others:

- Avoid language which sensationalizes or normalizes suicide, or presents it as a solution to problems
– Avoid prominent placement and undue repetition of stories about suicide
– Avoid explicit description of the method used in a completed or attempted suicide
– Avoid providing detailed information about the site of a completed or attempted suicide
– Provide information about where to seek help

Suicide is an important public health issue, so it's crucial not to cover it simplistically or ignore it wholesale. But the way it’s covered and how that coverage is policed by the state also has the power to help or hurt the country's citizens and their human rights. In the context of Russia's history of state censorship and control over the media agenda and free expression, the censors’ attempts to obscure the reasons of cancer patients’ deaths in media reports ostensibly aimed at suicide prevention might seem arbitrary or even a symptom of their desire to control the narrative and avoid a difficult debate about responsibility for people's wellbeing.