Meme vs. Movie Theatre—Dawn of Consumer Justice in Trinidad & Tobago? 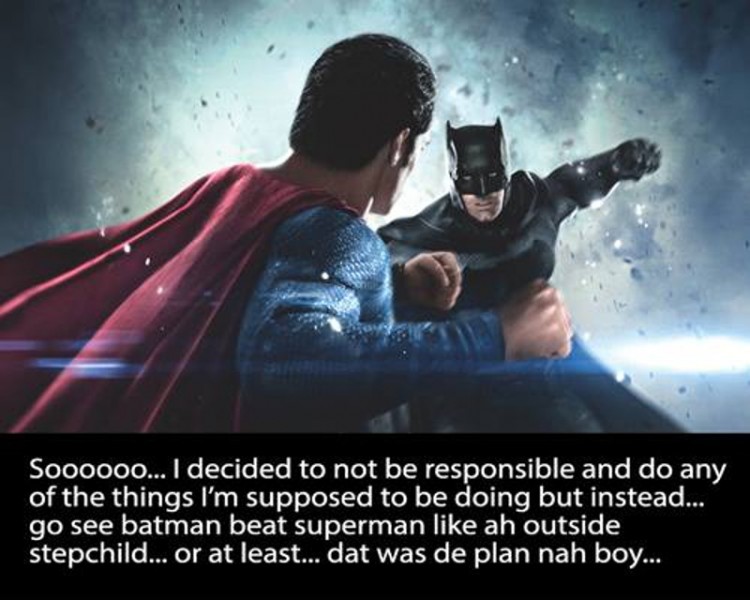 The first frame of the storytelling meme recounting a cinema-going experience to see the 2016 film Batman v Superman: Dawn of Justice. This and all other featured meme frames courtesy Warren Le Platte.

Despite mostly underwhelming critical reviews, the Batman v Superman movie is still managing to attract movie-goers around the globe, including in Trinidad and Tobago. But for one superhero film fan, the actual cinema experience was worse than the scathing critical response.

Warren Le Platte, designer, photographer and visual artist, was one of the early birds in line at one of Port of Spain's most popular movie-going destinations — so eager was he to take in the visual mastery he anticipated in the film.

But after a slew of technical foibles and other mishaps, he left the theatre feeling frustrated without having seen the end of the movie. Much to the delight of Facebook users, however, he channelled that frustration into a story-like meme that humourously chronicled his strife and provided uniquely crafted commentary on customer service in the country. [Please note that the meme heavily uses local slang. In the first frame, the artist makes an off-colour joke about domestic violence, which is a serious problem in Trinidad and Tobago.] At the time of publication, his post has garnered over 1,200 shares. 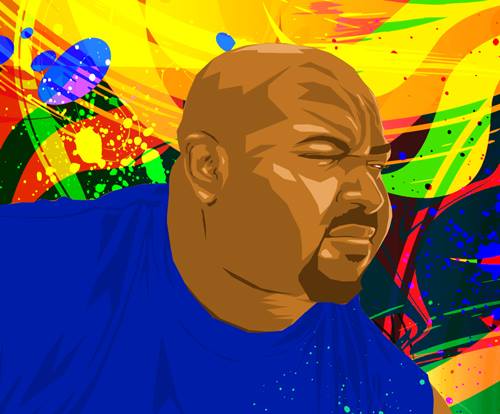 Global Voices (GV): Your meme might be one of the most original complaint “letters” ever. How did you get the idea to chronicle your movie-going experience as a series of images and text?

Warren Le Platte (WLP): Well… thing is… it wasn’t even a complaint letter really. On my way home I was just thinking, ‘This might make a good lil’ story’, and since I’m known for my humour (sometimes), I figured I’d try and make it creative. I once saw a similar approach done on Facebook where the person was telling a story and he used a lot of Carlton (from The Fresh Prince of Bel-Air) memes, they even put Carlton’s face on a Power Ranger!

GV: Given the sometimes sub-par customer service experience in Trinidad and Tobago, many people are liking and sharing your post. What do you think posting the meme on social media has accomplished?

WLP: There was a bunch of us in the theatre, and after every ‘Braps’ [sound mimicking the blacking out of the movie] more and more people left. However, I was in the ‘badmind’ [Trinidadian slang meaning ‘malicious’ or in this case, ‘stubborn’] section and we say we not leaving till the movie done! So much for that plan… Hopefully my post causes at least some kind of conversation about customer service… bad AND good and who knows? Maybe it might reach back to people who can influence direct change, for the better. And clearly by the amount of shares at least SOME people can relate to the treatment my cinema-mates and I experienced. 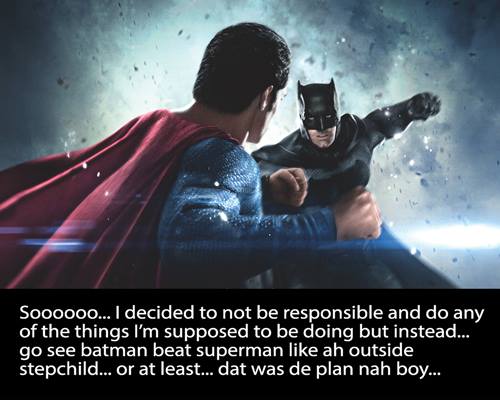 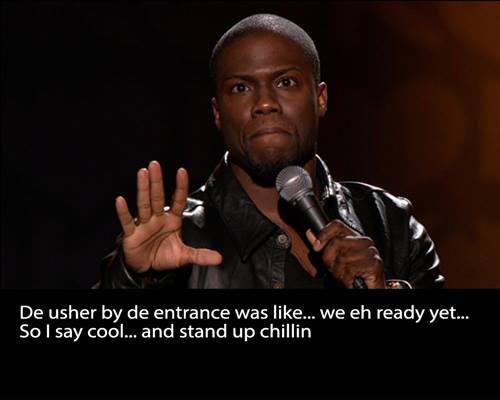 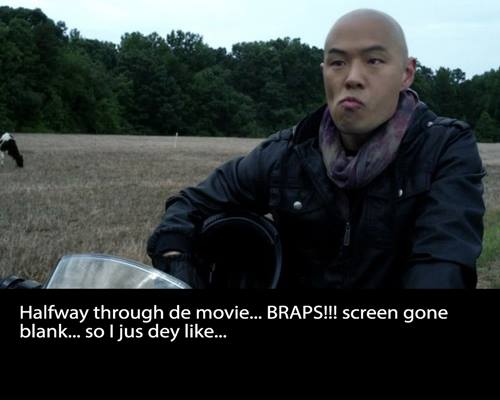 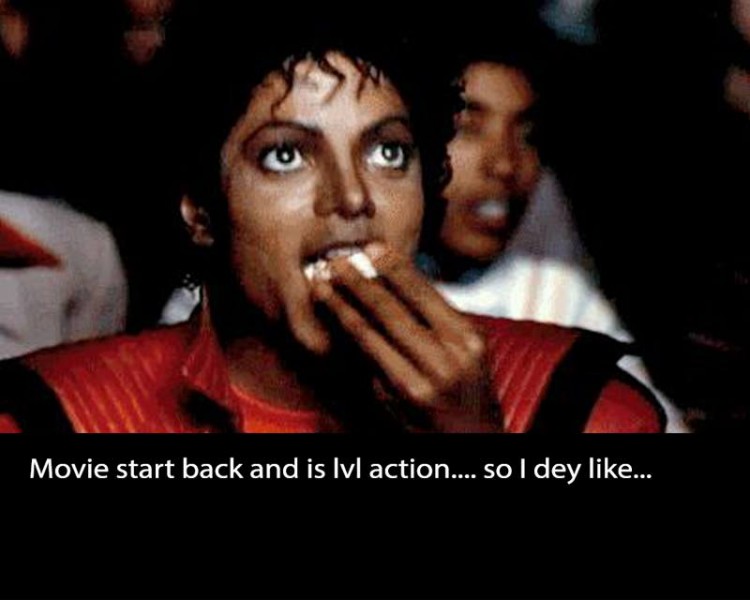 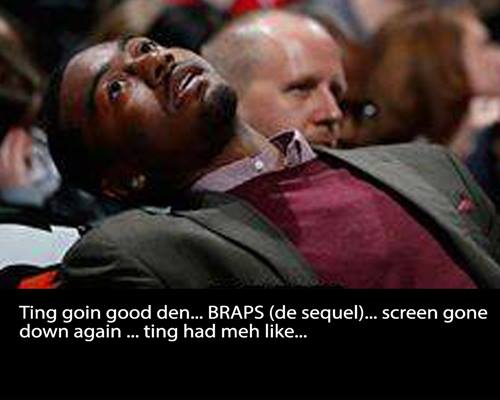 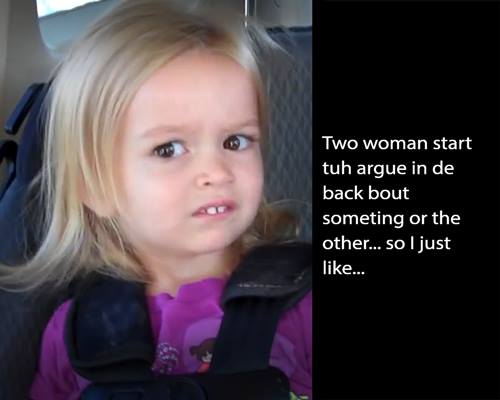 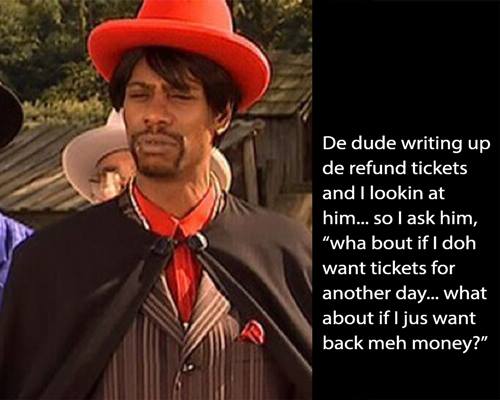 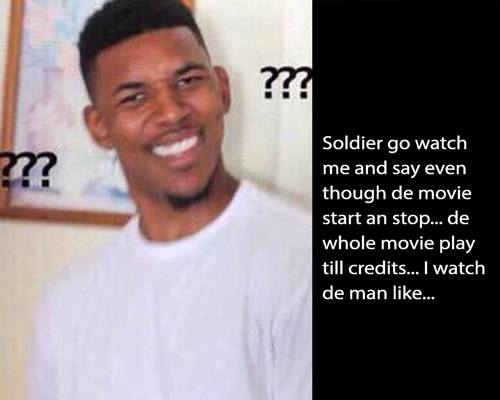 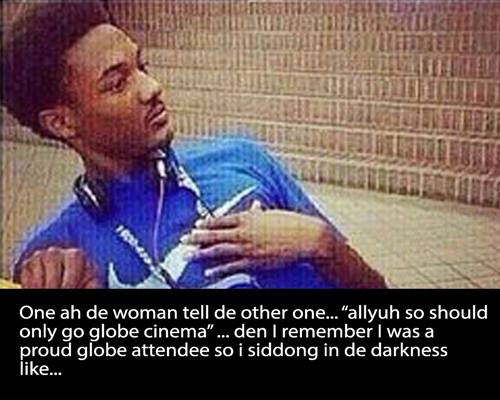 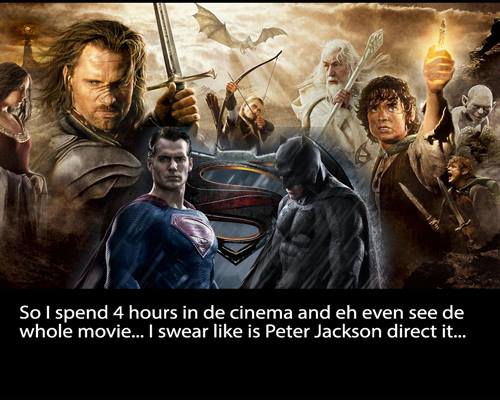 GV: Is it your hope that the cinema will refund you the ticket money? Or has the experience of just creating the meme been cathartic enough?

WLP: I seriously doubt that the cinema would refund anyone. That’s the policy of many businesses and if ‘Starboy’ [tongue-in-cheek reference to the usher] had simply said that, I might have accepted it… I mean, he just wukkin dey [working there] right? BUT… don't tell me the reason you're not refunding me my money is because we saw the entire movie till the credits rolled (even though there were ‘stops’ in between). That is one of the things that pissed me off about that whole scene. Added to which, the other thing that really [upset me] was — because we spent four hours plus at the cinema and didn’t even get to see the end of the movie — the place I was planning to buy my soup from was closed by the time I left. I'm still hating on that one.

GV: A hungry man is an angry man. But let's forget dinner for a moment and get back to the movie. What kind of commentary are you providing about customer service and consumer rights in this country?

WLP: We all know that things happen… things you can’t always control… cool… but take responsibility for it nah! The same way ‘Miss Lady’ [a reference to another employee] came in to talk to the two arguing patrons earlier in the evening, she could have come back in to talk to us when they KNEW the screen was giving trouble. I’m sure most of us would have understood.

GV: Trinbagonians — like most Caribbean folk — have a knack for laughing when times get tough, but what was the vibe like in the cinema while the technical difficulties were happening?

WLP: Well, I don't know about the REST of the cinema, but I was laughing and telling jokes during the ‘Braps’ sessions. Even joked with a guy sitting next to me that maybe two more people should start fighting so that the supervisor might come back. Also, they never announced that we would not be getting cash refunds, they were just handing out the movie passes when we came up to the desk, I had to ask about refunds.

GV: As a consumer, how does it make you feel when employees offer illogical excuses for poorly delivered service?

WLP: It confuses me. I wonder if they really feel we're THAT schupid [slang for ‘stupid’]. But I just take it as an indicator that they probably don't need my business anymore… so… peace out homie.

GV: The meme made reference to the Globe cinema — which is pretty much “everyman’s” movie theatre — while the theatre you chose has the reputation of being more elite. What might have been different had you seen the movie at Globe?

WLP: First of all… I had shares in Globe, my boys and I were ALWAYS in there… right in the middle of the cinema. The highlight for us was usually during the trailers where, depending on the trailer, we would scream ‘SHHHHIIIIIT!!’ Sigh… those were fun times. To my knowledge, as long as I had frequented Globe, the screen NEVER went down 5 times in a row; granted, in Globe there WAS the occasional cuss-out between patrons, so in THAT respect the cinemas were similar in this instance [Laughs].

GV: You’re a designer and photographer, so obviously this is your medium of choice. What do projects like this say about the power of visual communication and new media?

WLP: A good story can get you far. If you add interesting visuals…well…better fete; but if your story is weak you might end up like Zach Snyder’s movie, Sucker Punch: great visuals but disappointing movie overall. Social media just allows you the opportunity to share your content with more people globally. Granted, when I was putting this together I never thought it would get over 1,000 shares in less than 24 hours…

GV: How long did it take you to put the whole thing together? Walk us through the process of its creation.

WLP: I’m somewhat of a meme banton, so I had quite a few images saved. It took maybe a little over an hour from start to finish. I actually started writing the story in my head on the way home. Then I sat down and put text and images together. I think the story could have been better though, because I left out a few details… but I was really tired so… daz meh story and ah stickin to it.

GV: You also chose to write the text in local slang, which made it relatable nationally — but do you think the meme has the power to travel?

WLP: Of course! The world is becoming a smaller place so we understand each other a lot better; also, I try to spell out my ‘Trini words’ just how they sound (easier said than done sometimes). But images usually convey more meaning that words most times, that’s why memes are so popular in the first place… at least I think so… especially in the case of the ones I chose to use, because they displayed certain emotions that words may not have expressed as effectively.

GV: So you never found out who won — Superman or Batman. Who were you rooting for, and who do you think the real winner of this battle is?

WLP: I’m a Batman fan, so ‘Go, Team Batfleck‘… but hands down the cinema win… dey rough we up and send we packing (with the option to come back for more abuse, of course.)