In Bosnia, Defiance as Homophobia and Student Politics Collide 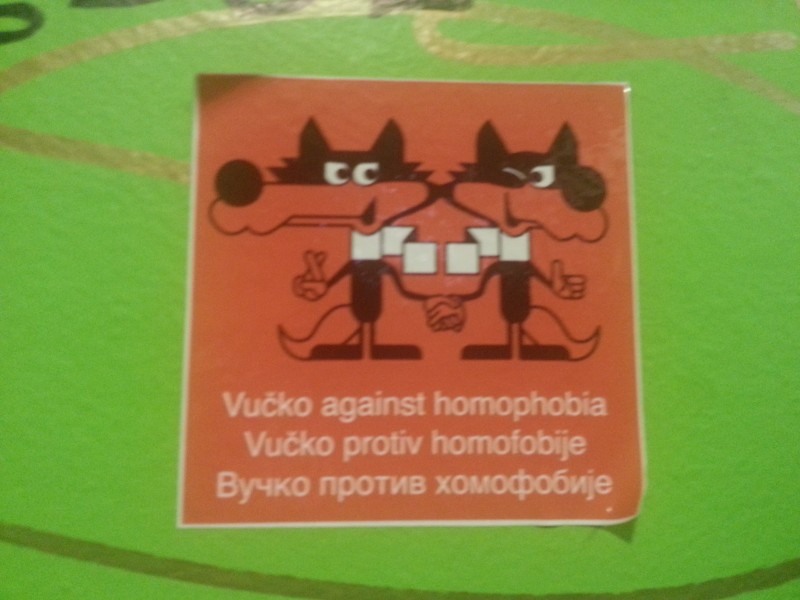 Visiting Art kino Kriterion is one of the staples of urban life in modern Sarajevo. During the day it is a cafe; at night it becomes a bar. Its space is used to host concerts, conferences, film screenings and even art exhibits. You can say it's a progressive meeting spot.

Across the region, Art kino Kriterion provides a sense of the “old” pre-war cosmopolitan atmosphere, back when the Bosnian capital stood shoulder to shoulder with Belgrade and Zagreb as one of the birthplaces of the Yugoslav rock scene.

On March 5, a group of young men attacked the popular venue, screaming homophobic insults and beating up a waiter and injuring a female patron.

LGBT community representatives demanded that authorities prosecute the violence as a hate crime. The police arrested four suspects; all teenagers who were born after the war ended. They were released after the police took their statements.

With over 30,000 students, the University of Sarajevo is the largest and oldest university in Bosnia and Herzegovina. In his rant, Zahiragić deemed homosexuality a “systemic and contagious disease.” His comments included blaming the World Health Organization for the AIDS epidemic — while using derogatory language — and calling those who disagree with him as “traitors of God.”

In a statement released after the attack, Art Kino Kriterion reiterated that their doors will remain open:

We are proud of our work and the fact that we remained loyal to our principles. In spite of this and the previous similar attacks and intimidation attempts, we'll keep our doors always open in order to create better and healthier society in Bosnia and Herzegovina. The [state] institutions must show the appropriate level of responsibility and professionalism and show that they are capable of protecting the citizens. We sincerely believe that as a society we retained at least a bit of civic dignity and that we'll all show solidarity and condemnation of the repeating brutal violence. If not, the last night's attack on Kriterion is something that can happen to any male or female citizen in Bosnia and Herzegovina.” 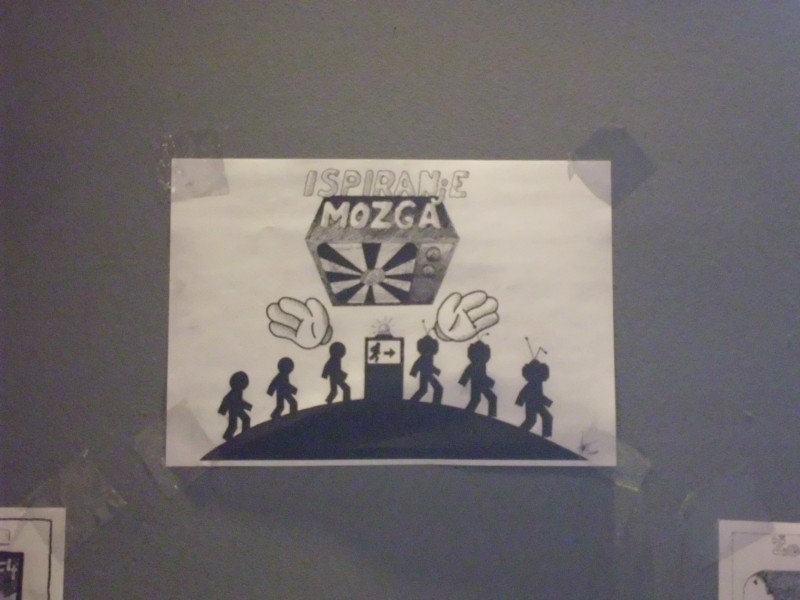 “Brain washing” – part of an exhibition of children's cartoons on social topics held in Kriterion in May 2015, during the annual POINT Conference. Photo: F. Stojanovski, CC-BY.

In most Balkan countries, homophobia is used as a political tool by right-wing populists to “divide and conquer”. This often goes together with impunity for homophobic hate crimes. Bosnia is not an exception. The 2014 Report on Human Rights of LGBT Persons by Sarajevo Open Centre notes that comprehensive anti-discrimination legislation has not been adopted in the whole territory and where it does exist, it is not implemented, court cases drag over three years. In Sarajevo and Banja Luka, “violent acts against LGBT persons are happening on a regular basis and are also regularly reported about in the media…” but “public institutions almost never respond to these acts.”

Push back against homophobia

Zahiragić remarks attracted much push-back. According to the anti-discrimination portal Diskriminacija.ba, the Association of Psychology Students SINAPSA was one of the first to issue a condemnation, demanding that Zahiragić step down from the position of Student Parliament President, due to “hate speech, cruel qualification of people and inciting destructiveness.”

“I think that our explicit demand for his replacement is a logical consequence. Considering that by his remarks he shows both his academic position and general position in society, how can we expect that such a person represents the interests of homosexuals, while serving as president of all students. We decided to react because we consider it our responsibility, as psychology students who deal with this subject,” explained SINAPSA President Ms Amra Džindo.

Law student Maja Mirković announced she was submitting a complaint to the Ethical Committee of Sarajevo University, alleging that Zahiragić violated its Ethical Code with his comments.

In 2015 the number of cases of sexual orientation-based discrimination and violence documented by the Sarajevo Open Centre increased in comparison to the previous year. The number of LGBTI persons who contacted the Sarajevo Open Centre seeking help in the process of seeking asylum, change of data on sex in papers, finding adequate psychological support and documents needed to conduct a marriage or same-sex partnership in states that allow this. This data indicate an absence of structural changes that would influence improvement of quality of life of LGBTI persons and their inclusion in the society in Bosnia and Herzegovina. The most worrying is the inadequate and slow processing of attacks on LGBTI persons, mostly in cases when they used their right to public gathering. For instance, the case of attack on the Merlinka Festival in 2014 is still not processed. Judging from the behavior of the police and judiciary, the processing of the homophobic attack on the visitors of Art Kino Kriterion will proceed equally slow.

When politics and homophobia collide

Underlying the outrage is also the reality that in many Central and Eastern European countries, the official student organizations are heavily influenced by the ruling political parties, serving as a launchpad for future party functionaries. Often, all students “belong” to such organizations by default, and these specially treated organizations are by law recognized as sole representatives of the student bodies by the state, and connected with university management. Zahiragić for instance, is a member of ruling Party for Democratic Action (SDA).

The situation is mirrored in other Balkan countries. In Macedonia, the Student Parliament suffers the same fate, in contrast to the work of independent youth and student organizations like the Youth Educational Forum and wider platforms such as the Student Plenum. 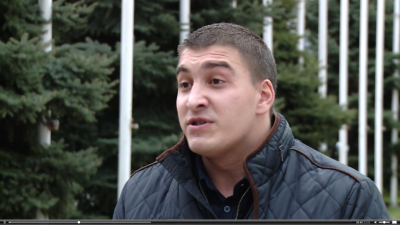 On March 14, the president of the Sarajevo University Student Parliament Assembly Chairman Dženan Alić issued an official statement claiming that President Zahiragić only expressed his personal opinion, which is not the official stance of the organization. The statement also contained a disclaimer that political party activism is not allowed within the Student Parliament. The official website of the organization does not mention the case. In a statement for N1 TV, Zahiragić confirms he's a proud member of the political party.

Sources within the N1 news item also question the legitimacy of Zahiragić's appointment, which was done on a session closed to the public. So far, there has been no consequences, and he still holds the presidential position of Sarajevo University Student Parliament.