Travel 2.0: How the Internet Is Changing Travel in India 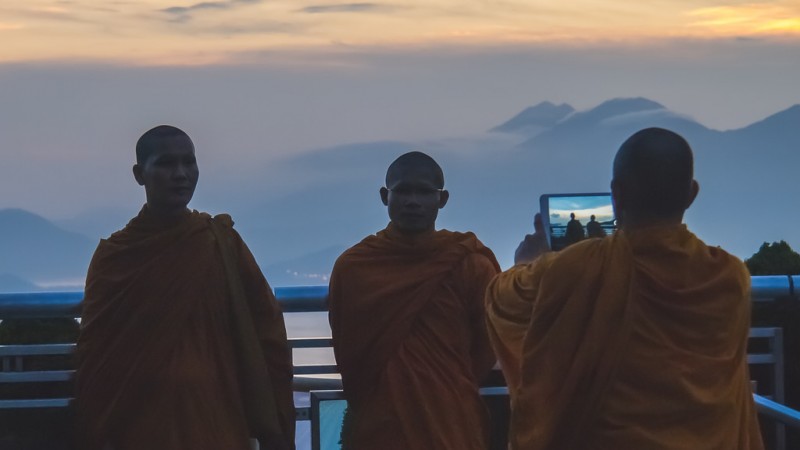 India is a reasonably popular destination worldwide, accounting for 11 million foreign arrivals in 2015. In fact, India has historically been a “go to” place. Even the 13th-century Sufi mystic, Jalaluddin Rumi, said India was a destination of great spiritual merit.

The urge to travel and explore is as strong today as it has ever been, and an ever-growing army of bloggers alongside advancements in technology are making it easier for Indians and non-Indians alike to travel the enormous country.

Technology is an especially strong factor is making travel accessible. In India, for example, public infrastructure, travel schedules and support services like healthcare or security may not always be in the best shape. This puts the onus on the traveler to plan better and streamline his or her travel experience. This is where technology, and especially the social media revolution, is playing a crucial role.

Consider a recent case involving the Indian railways. A woman on board a train was being harassed by a man. Unable to locate any member of the railway police nearby, she sent a tweet directly to the Indian Railway Ministry.

The Railway Ministry alerted the Railway Police Force, and constables boarded the train at the next station to escort the man away.

Safety issues aren’t the only aspects people seek help for over the web. India is quite a vast land with several monuments, heritage sites and tourist spots. The nation’s archaeological survey department lists 3,686 places in India on its conservation list. However, except for the famous sites, a visit to many other places can be a journey into the unknown. The situation has improved considerably over the last decade, but a lot of pieces still need to be put in place before travel becomes a seamless experience.

This vacuum has given rise to bloggers who offer travel tips and advice and feature the lesser known places in India. Neelima Vallangi, for example, spends a lot of her time visiting and chronicling various offbeat destinations in the subcontinent. Her posts are usually geared towards the adventure and charm of the place itself, and less about the travel or stay options.

Younger Indians seem less bothered about comfort and convenience and more interested in the adventure and travel aspects. Take the example of Dhruv Dholakia, who has been on a 14-month journey around India on his motorbike. Why? He explains on his Facebook page, where he chronicles the places he has visited:

Why such a long journey? The core reason for this is Junoon (an Urdu word meaning craziness). My junoon for travel began at a very young age and continues to be the driving force in my life. I have a biker friend who has done an all India road trip of twenty thousand plus kilometres in just two and a half months. That’s an average two hundred and fifty kilometres a day. Back to back everyday. What places could he have seen? To me, even fourteen months is less to just touch every state.

In a video speech uploaded by Nikita Rustagi, Dhruv shares his experiences at The India Bike Week:

Travel in India is also getting a big push from the country's prime minister, who occasionally asks Indians to tweet about places in the country. These tweets usually receive several hundred responses that can serve as a pool of recommendations for interested travelers.

Keep sharing photos of #IncredibleIndia. The photos are being compiled in the form of an album on my FB page. https://t.co/Vd6lmu9VFo

A large number of apps offer everything from ticket and hotel booking services to car rentals and destination planners too. Many of these crowdsource people’s reviews, ratings and opinions to help future users make informed choices and give solutions to common problems. India Mike, for example, is a forum where travelers share their experiences and ask questions regarding destinations and travel options.

Frequently, a trip to India can be a package deal of the good, the bad and the unexpected. But with a little help from Twitter, Facebook and the rest of the Internet, many travelers are managing to maximize the good, minimize the bad, and enjoy the unexpected.